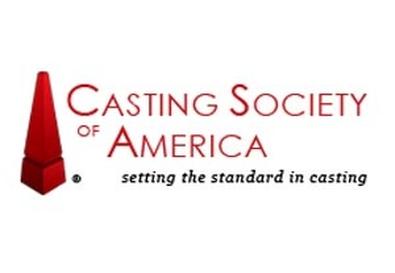 The casting directors of Broadway's "The Book of Mormon" and "The Normal Heart" were among the honorees at the Casting Society of America's 27th annual Artios Awards, which were presented Sept. 26 at District 36 in New York City and the Beverly Hilton Hotel in Los Angeles.

"In a business that can often forget or ignore who actually gets things done and how, you guys have this night to always keep focused on the value of what you do," host Nicole Sullivan told the nominees at the ceremony in Los Angeles. "Good casting is integral to having success in TV, film, and theater, and we are here to honor that."

The term "Artios" is from the ancient Greek word meaning "perfectly fitted," and the awards are presented for outstanding casting in theater, film, and television, based on originality, creativity, and the contribution of casting to the overall quality of the project.

"Casting directors are the unsung heroes of our business," actor Michael Urie, who hosted the event in New York, told Back Stage before the ceremony. "They spend so much time and energy and work introducing artists to each other, and then they send them off into the world. They don't get a lot of recognition, so I think it's very cool that there's a night for them, and I'm honored to be here. And I hope to get a job out of it."

To begin the show, Urie told the attendees, "You are our champions, and I am honored to be kissing your ass."

"I know how important casting directors are, because I was given birth to by one," Radcliffe said before presenting an award.

Casting director Bernard Telsey (Telsey + Company), winner of two Artios Awards on Monday night, was proud of his fellow nominees and excited by the continued growth of CSA's membership. He said that 15 percent of the membership in New York is new this year.

"Looking at the nominees, I noticed about five or seven new New York casting directors who got nominated," Telsey said. "And now, in the last two years, we have regional theater nominations and we have Off-Broadway nominations, and those are cast by so many more casting directors. It gets more people involved and more people recognized, because the work that's happening out there is just as good as the Broadway stuff."

Independent casting director and CSA New York board member Megan Larche said that in addition to attracting new members, the Casting Society of America is striving to become a more unified community offering social outreach and mentorship. "We're trying to do more intercommunity activities," Larche said, "so we get to know each other not just as people on the phone or seeing each other at a showcase, but get to know each other as human beings too."

Each year, the Artios Awards offers casting directors and actors the rare opportunity to interact outside the audition room. All the performers in attendance expressed their appreciation for the work that casting directors have done to keep them working, and in some cases to change their lives with a single role.

"I've gotten to know enough of these casting directors to know that whether you get the job or not is not personal, but your relationship with them is," Urie said before the New York awards were handed out. "And they do care. I have to remind myself of that before every audition."

The full list of winners and nominees is below (the winners are in bold).