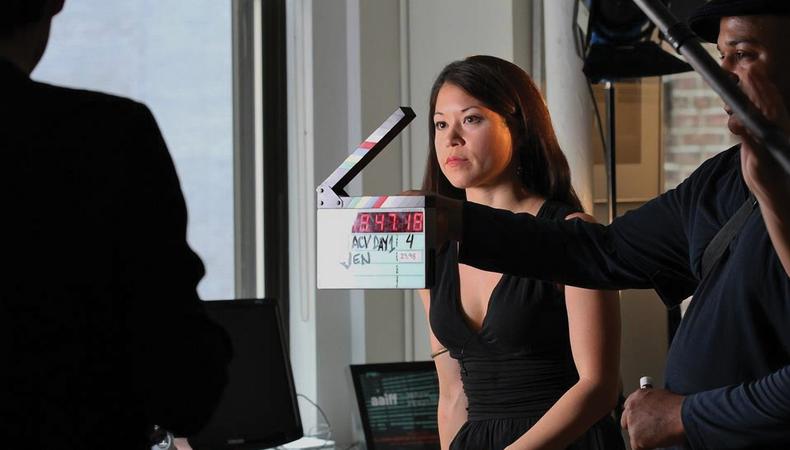 Almost a decade ago, a group of young Asian-Americans frustrated by the lack of opportunities in the film industry created a small, regional competition to bring Asian characters and themes to the screen. This regional competition has since blossomed into the international 72 Hour Shootout, organized and run by the Asian American Film Lab and receiving more than 200 submissions a year.

“Boiled down to its essence, the Shootout is about empowerment—creating opportunities for Asian-Americans and other entertainers of color and helping our communities to collaborate, network, and grow so that we can take proactive steps to empower ourselves and each other,” Jennifer Betit Yen, president and a board member of the Asian American Film Lab, told Backstage. “We encourage our members not to wait for ‘the mainstream industry’ to offer handouts but rather to seize and create their own opportunities.”

For the Shootout, filmmaking teams have 72 hours to write, shoot, edit, and finish a short film, which can only be a maximum of five minutes long. Every year, the Lab selects a theme for the competition; this year’s focus will be announced at the May 31 launch party. (The event will also be streamed live online.) When the theme is announced the clock starts for the filmmakers to complete their work.

On July 27 the Lab will host a screening of the top 10 submitted films and an awards ceremony. This year’s judges include playwright David Henry Hwang, ABC executive director of casting Marci Phillips, and Fox Entertainment Japan producer Dan Smith. Participants are vying not only for accolades but also prizes and a chance for their film to screen at the 36th Annual Asian American International Film Festival in New York City in the summer.

Film teams can register and submit their work online. According to Betit Yen, the Lab receives submissions from around the world. Aside from the running time criteria, the only other main requirement for participating in the competition is that at least one key production member, such as the director, producer, or writer, and a principal actor must be of Asian descent.

While noting the expansion of the competition in the past decade, Betit Yen pointed out that Asian actors and filmmakers grapple with the same problems that inspired the 72 Hour Shootout.

“Unfortunately, Asian-Americans are often still perceived as ‘the other’ even within our own country,” said Betit Yen. “One of the previous Shootout winners noted that when she was growing up, she never saw faces like her own on television or in the movies, and it made her feel very alone. She became a filmmaker to tell diverse stories and show the faces of all Americans, not just white Americans.”

With the advent of multiple content sources, there is an increased opportunity to share Asian stories. Said Betit Yen, “There is certainly an ever-growing interest in original content and in seeing our country’s populace represented in a manner that is more true to reality.”