Why You Shouldn't Ask a Playwright for a Rewrite. Yet. 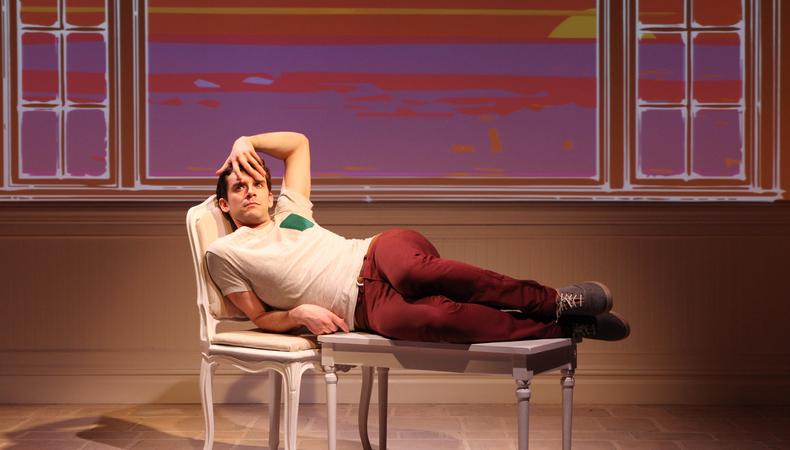 So my new play, "Buyer & Cellar," is up and running Off-Broadway and doing well. Here is what I learned from the experience: Putting on a new play is hard. Of course, we knew that already. Preparing a new play is always difficult. The material is untested. There’s a lot at stake. Everyone’s on edge. And everybody looks to the playwright to make changes.

Since the stated purpose of these columns is “advice for actors,” I thought it might be instructive to relate what goes on inside a playwright’s head while rehearsals and previews are underway—to help explain the goofy grin and the flop sweat. I do this not as some kind of admonition to actors to behave themselves, nor do I seek revenge on any actors who made my life difficult (I can’t think of any right now). As with any relationship, communication is the key to peace and productivity. If actors, playwrights, and directors are able to understand and empathize with the particular challenges the others are facing, the better the communication, the better the process, and the better the chance the production will have of succeeding. (I, for one, don’t subscribe to the philosophy, popular with some directors, that everyone needs to be living in fear and resentment to make things work.)

So, actors, at the risk of sounding combative and/or defensive, here goes. When the company gathers for the first read-through, the air is alive with possibility. Everyone is eager to begin their work—except for the playwright, who has probably been working a long time already. Alone. Totally alone. For him or her, the first rehearsal is the end of an intense, personal relationship with the play, that perfect play that exists only in the writer’s head. (Yes, directors and designers have begun their process before the first rehearsal, but their work is by definition collaborative from the start. There was no blank page or blinking cursor keeping them up at night.)

On those first few days, the playwright wants to hear the play that was wrestled to the page exactly as written. That is most likely far from where the show will end up, but from the playwright’s point of view, that is the starting point from which all “improvements” will be made. There’s an old tradition (it’s mentioned in Kaufman and Ferber’s "The Royal Family") of the playwright reading the entire play aloud to the company at the first rehearsal. I’m sure the notion fills today’s actors with dread, like a two-hour “line reading” from hell. But sometimes I wish we could bring the practice back. In one fell swoop, the company could hear some approximation of that play in the writer’s head, the music heard during the work’s creation. And, if the production ventures far from the author’s original intention, at least it will be done deliberately.

It doesn’t seem like much to ask—to start from the script as written—but it often amazes me how quickly, even immediately, people request changes to the text, without even trying to make the original lines work. And this is where, dear actors, playwrights beg for your understanding.

That moment, when an actor or director asks the writer to alter the script is a very touchy moment, and here’s why.

As playwrights, we’ve lived with the play a long time and every change—even minor ones—can feel like we are somehow letting go of our original vision. We’re afraid that if we cut or rewrite too quickly, something essential will be lost and it will be difficult to get it back again.

And then there’s something even worse, and this explains the flop sweat. When colleagues ask for a change, there’s always a little part of me that fears they have exposed an essential flaw in my work and that I won’t be able to fix it. This is something the late, lamented TV series "Smash" got right. Julia (Debra Messing) was almost paralyzed with fear because her show was in trouble, and she doubted her ability to solve the problem.

I’ve been at this a long time, and with each production and passing year, that little bit of panic gets smaller. Early in my career, I was afraid that if I took too many suggestions from others, the play would be less “mine.” During "Buyer & Cellar," I didn’t worry about that at all. I knew that as long as I was the one at the keyboard and every change went through me, it would remain my play. It helped that I was working with our gifted star Michael Urie and our insightful director Stephen Brackett, both of whom couldn’t have been more respectful or patient with me. Their ideas, criticisms, and suggestions were always specific and thoughtful. I made changes constantly, listening closely at every rehearsal. I often stole accidental paraphrasing if it sounded more natural than the original script.

Still, even after all these years, that tightening in the chest never completely goes away. And you may find yourself working with a writer who is not as experienced (okay, old) as I am.

So how should you deal with a playwright choking with fear and paranoia? How do you handle those touchy moments? Here’s my advice to help keep your playwright sane and your rehearsal room happy (and most likely get what you want).

1. Try it as written first. There was something about this play that attracted you to it. Maybe there’s some magic in the passage as written that isn’t immediately apparent.

2. If it won’t work (or if you think of a better way), approach the writer and director with all the sensitivity and specificity you appreciate when receiving notes yourself.

And finally, and this is the most important...

3. Do not expect an immediate response. The playwright is protective of his play and that is as it should be. If your complaint has merit, the playwright will most likely agree, and may come up with a different solution that is in keeping with the big picture in his or her head. But that may take a moment, or even a few days. Move on. And don’t feel like this is a battle to be won or lost. Remember, critics almost always blame deficiencies in a new play on the writer, almost never on the cast. If the playwright is going to take the lumps, let them be earned.

Maybe some playwrights are more mature and more fully evolved than I am, and they feel no insecurity as their play evolves. Maybe they can solve every problem instantaneously without a thought.

Somehow I doubt it. Those touchy moments of artistic negotiation are inevitable. It’s just how the work gets done.

So, let me speak for all playwrights when I say, just give me a minute.

Jonathan Tolins is the author of "Buyer & Cellar," currently running Off-Broadway at the Barrow Street Theatre starring Michael Urie and directed by Stephen Brackett. Other plays include "The Twilight of the Golds," "If Memory Serves," "The Last Sunday in June," and "Secrets of the Trade."