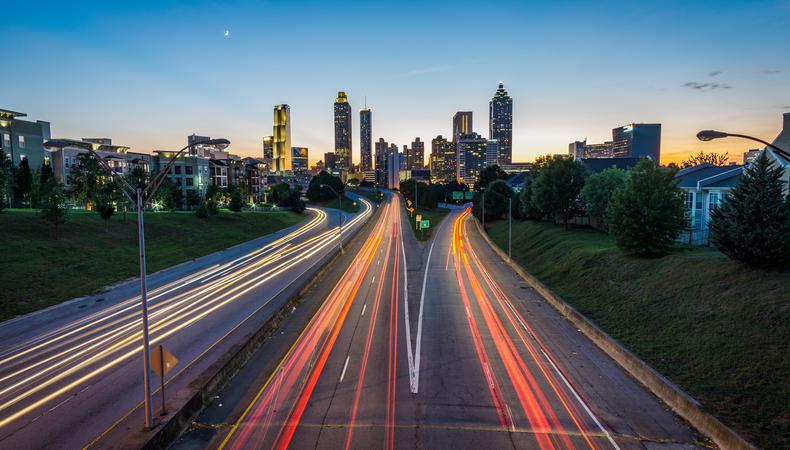 For as long as she can remember, Cheryl Louden-Kubin studied acting. There was a summer intensive theater program at Carnegie Mellon University during high school; college at Marymount in New York; semesters abroad in London at the Royal Academy of Dramatic Art, the London Academy of Music & Dramatic Art, and the Guildhall School of Music & Drama. But she ultimately found herself on a different side of the industry.

“Working in casting has given me the opportunity to stay within my wheelhouse. I saw that I did not have the thick skin that actors need to survive all the rejection,” the CSA casting director explains. “I could use my training to become a better casting director, understanding the plight of the actor, what they need to prepare and to be successful.”

Louden-Kubin is now known as “The Atlanta Casting Director,” and owns and runs her own casting company: Atlanta Casting, LLC. With over 20 years of casting experience in the South (and a Clio award to boot), she knows what it takes to make it past the audition room. Luckily for us, she’s sharing some advice on doing just that.

Tell me about your business and the types of projects and actors you cast.
I cast for pretty much everything. Film, commercials, print, internet. Low budget, big budget. Most of the commercials in Atlanta are non-union and most of the films are SAG-AFTRA. Also Georgia is a right to work state so lots of talent—those who do commercials—remain non-union so they can do both film and commercial.

What changes have you noticed in the industry here over the course of 20 years?
The business has changed over the last 10 years with the advent of self-taping. I am not a fan. I love to have talent “in the room.” However, it allows us to “see” more talent initially and the talent does not have to travel for a casting. To me, something gets lost in the presentation of talent. Directors are booking off “tape.” They have no idea if the talent can take direction or if that was take one or take 100. To me, it’s a gamble. It’s hard to vouch for talent if you’ve never seen them in person. I just worked with a director who wanted them in person for the initial tape and for the callback—wanting them out of their comfort zone, not in a closet in their house. He wanted to make sure they could think on their feet and not be intimidated by a crew moving around.

What really makes an actor stand out for you?
I love to see actors who have done their homework, who made some choices but are open to direction. Part of my job is to tell them how they fit into the puzzle. Every actor who auditions for a part is not going to get the script so they will have to make some choices on their own. I will always give actors a rehearsal before we tape. I love to see what they bring to the party and then we go from there.

What is the most common audition room mistake you see?
A common mistake is commenting on their performance. They may say, “That was awful,” and we thought it was good. [It’s] looking through the most critical eyes...theirs. Don’t change our minds. Do what you do and don’t comment. Trust that the work you’ve done, the choices you’ve made, are solid.

What’s your best piece of advice for actors on how to get cast?
Don’t be so locked in that you can’t tweak your performance. Leave it all on the court and then move on. Find something positive that you can take away from this experience. Keep notes on the audition and the people in the room.

Any new productions coming up soon?
I just finished local principal casting for a Netflix film. There are two or three films that I’ll be doing in the next few months peppered with commercials. I love what I do. I love actors and the process.