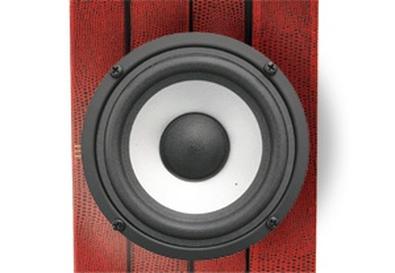 Audio books have a reputation of being an afterthought, used only if time allows for no other form of recreation. But a growing number of consumers are flocking to the format; they're listening faithfully to one narrator or another, getting caught up in the world created just as they would by a film starring their favorite actor. With 105 million Americans driving alone to and from work, it makes sense that Audible, a leader in the audio-book industry, is taking advantage of that available time and aiming to turn audio-book listening into a habit.

Audible has long been focusing on improving quality, building a following, and, most important, creating opportunities for actors. It's like a long-distance run compared with film and TV work, which is mostly done in short takes. Audio-book narration offers a chance to exercise a different muscle, to improve on a different skill. A-list actors such as Kate Winslet, Anne Hathaway, Samuel L. Jackson, and Susan Sarandon have recently been recruited by the company to show off their raw ability to adapt to quirky characters and dramatic prose. Their narrations are featured in the A-List Collection, which has received a very positive response.

But Audible doesn't want just celebrities. The company is making an effort to recruit young performers through a series of workshops and open auditions. It started by visiting schools such as NYU's Tisch School of the Arts, Juilliard, and UCLA. It recently continued its tour to USC and engaged yet another crop of performers. The day's program consisted of a Q&A with well-seasoned audio industry pros, including Scott Brick and Tara Sands, voice actors who have made a living at the craft. Audible CEO Don Katz has genuine enthusiasm for his company's new endeavors. "This is performance art that our listeners grow very attached to," he says. "And since we are forging ahead on relatively uncharted territory, there is a huge need for actors." Katz says that while classically trained actors tend to adapt more quickly to this long-form performance, any performer has the potential to thrive in the industry.

"It's one of the only growing sectors in acting," he says, "and it's set up so you decide how much you work, and how often you work, which for a performer is great; it can be your career, or it can be a supplement." At the USC workshop, more than 100 student actors gathered to learn more about the world of audio-book narration. The panel focused on the importance of simply being aware of these opportunities and how to take advantage of them. Katz reiterated the sentiment, saying, "We want young performers; we want actors who have the skill set but maybe aren't working as much as they wish they were. That's what this offers them, a chance to explore more creative job opportunities."

Elizabeth Evans
Elizabeth Evans, who took the workshop at Tisch, was recommended by her speech teacher. "Everybody was asked to prepare one or two minutes of a book you have recently read," she says. "I read a little from 'Eat, Pray, Love.' We were told about the world of audio books; it's a very specific part of the voiceover industry. We have to make different character voices and tell an entire story with just your own voice." She also learned about the mechanics of recording and the necessity of sitting absolutely still during the session owing to the sensitivity of the microphones. Since taking the workshop, Evans has auditioned for Audible and done six books with the company.

Scott Aiello
Workshop participant Scott Aiello, who attended at Juilliard, found out actors read from iPads during the recording sessions and use a program called iAnnotate to make notes on the PDF of the book. "We were told about highlighting all the different characters in different colors so that you can switch voices for them without thinking," he says. "With iAnnotate, you can make all those highlights and notes with your finger." The iPad also allows the narration to be recorded without the engineer having to edit out the sound of the pages turning that you would get with a traditional book. Aiello has recorded four books with Audible since his workshop.

"You'll be stretched to your maximum potential," says actor Stephen Bel Davies, another Juilliard attendee, "in terms of stamina and the amount of time you have to talk as well as finding variety and rhythm and playing multiple people. It's rich and fulfilling as an actor." Bel Davies says that he deals directly with Audible rather than going through an agent and has done four science-fiction novels with the company.

Stephen Bel Davies
In addition to the workshops, Audible has developed Audiobook Creation Exchange, a marketplace dedicated to connecting authors with professional narrators and audio-book producers. On ACX, narrators have the opportunity to edit and upload audio samples, then search for titles and audition to turn them into audio books. The process is free, concise, and accessible to any performer. ACX offers extensive control over the material that a performer auditions for, and, assuming an audio book is created, how the performer gets paid.

The audio-book business is undoubtedly booming. "I think it definitely is a market that's opening up, especially for actors," Evans says. "It's a wonderful source of income. They pay really well. The nice thing about it is, it really stretches your acting muscles. Actors get used to telling a part of a story and being only one character in an environment. You have to create the entire world by yourself and decide how everyone sounds. You have to use your entire imagination and vocal instrument."