10 Audition Tips You Need to Know 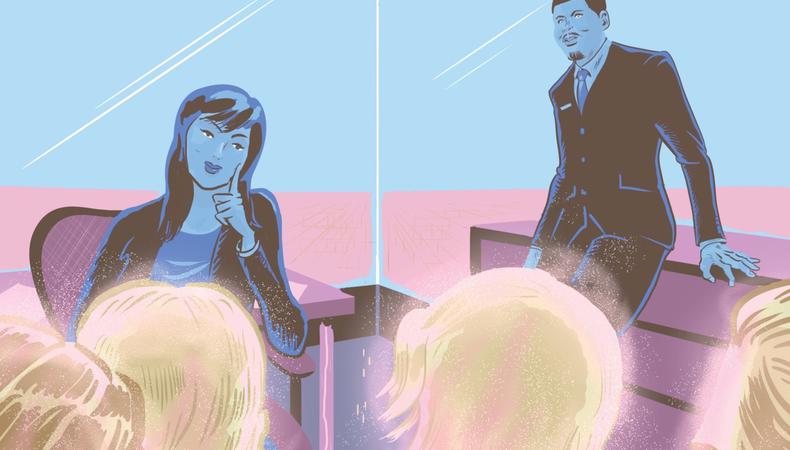 Last week I started casting a new feature film. It’s so thrilling to get to know new actors during auditions and put together the talent for the film!

I was largely impressed by everyone’s preparation. One scene has a three-page monologue, and about 90 percent of the actors were off-book. You could tell they’d put a lot of work into it—not just by learning the lines but by making bold and exciting choices for the character.

This stage always reminds me that there are still things that actors can learn when going through the audition process.

When we instruct you to bring your headshot and résumé to the audition, we actually mean it. It’s not just a suggestion. This is your calling card. You should bring it whether you’ve been instructed or not, just to be safe. I really don’t want to hear, “Oh, my agent-manager said they’d sent it over,” or “I haven’t done that for years.”

Unless you’re Angelina Jolie or Will Smith, you need to bring it! When I talk to you before your audition and get to know you, I want your résumé right in front of me so that I can see not only your film and TV credits, but your training and theater credits—neither of which are available on IMDb.

This seems like a no-brainer, but you need to bring your photo ID when you come on a studio lot. I’m amazed at how many people show up without their ID and can’t get on the lot.

The “h” is silent in “nihilism.” If there’s a word in your script you don’t know the meaning of or don’t know how to pronounce, look it up beforehand.

When I have prereads (when you work with me before going on to the next step with the director or filmmaking team), I want to see your personality. I want to see a part of you I won’t be seeing in the audition or haven’t seen yet in your work. For this movie, I’m looking for people with that extra “special sauce”—so help me get to know you. When I ask what you thought of the script, have something intelligent to say so that I can see how your brain works and I can hear how articulate you are. No one wants to hear, “I thought it was cute!” about their project.

Don’t use the director or producers who are in the room as the characters in the scene and look directly at them. It makes them wildly uncomfortable. They want to watch you, not be part of the scene. Just look directly over their heads or use the cameraperson and the reader to direct your looks.

When you are referencing a third person in the scene (other than your reader), don’t direct your looks way off-camera. Just adjust your eye-line to the other side of the camera.

Remember not to slap your sides on your thigh or crinkle them, which can make a lot of unnecessary and annoying noise.

I was very impressed by how the actors dressed for the part to show us how they’re thinking about the character. Wear something that’s indicative of the character—but not a costume.

If you come to the studio lot you may have to park 10 or 15 minutes away from the audition, so make sure you come early (as we suggest in our appointment request). And the ladies should make sure to bring a pair of flat shoes.

Most of these may seem obvious, but you’d be very surprised by how many people make these mistakes. I’m here to help!

Marci Liroff
Known for her work in film and television, producer, casting director, and intimacy coordinator Marci Liroff has worked with some of the most successful directors in the world. Liroff is also an acting coach, and her three-night Audition Bootcamp has empowered actors to view the audition process in a new light.
END_OF_DOCUMENT_TOKEN_TO_BE_REPLACED