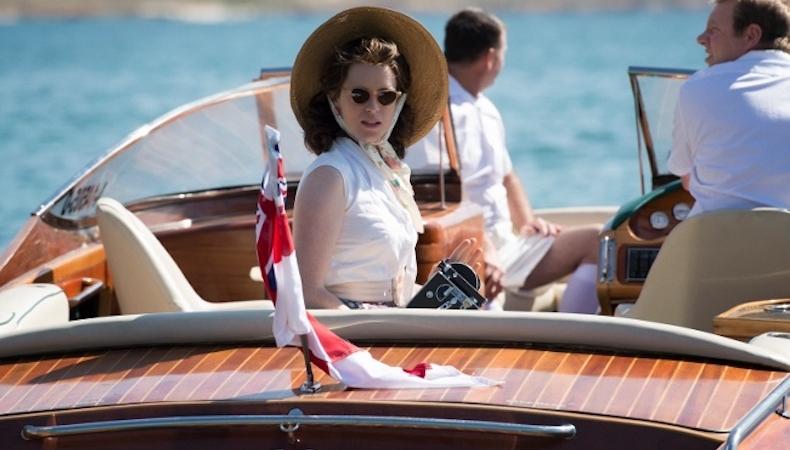 Early on in “The Crown,” Queen Mary pens a solemn address to her granddaughter, Elizabeth, who is mourning the loss of her father, King George VI. “I know how you loved your Papa…and I know you will be as devastated as I am by this loss,” she writes. “But you must put those sentiments to one side now, for duty calls.”

Duty also called on Claire Foy after she was cast as Queen Elizabeth II in Peter Morgan’s acclaimed Netflix series “The Crown.” The role that went on to land Foy a Golden Globe win tasked the actor with the nearly insurmountable prospect of portraying someone who not only exists, but is known by nearly everyone on the planet.

“Most people in the world have a pretty good idea of who they think the queen is,” showrunner Morgan says. “If Claire were to put one foot wrong—not just one foot wrong, but one centimeter wrong, one toe wrong—everyone would reject the performance immediately.” But Foy, with a regality and commitment befitting a queen, rose to the occasion, inhabiting the very soul of the Queen Elizabeth we thought we knew.

Foy bears a resemblance to a young Queen Elizabeth II, but Morgan notes that the actor brought more than physical mimicry to the audition room. “So often, acting is rewarded for being extravagant and five-dimensional,” Morgan says. But he is thrilled by the positive reception of Foy’s use of minimalism. “Out of the nine people who carried [the Queen’s] train during the coronation, four of them are still alive. And I’ve spoken to them all. All of them think that Claire Foy is just sensational,” he explains. “They are responding to the extraordinary complexity that Claire brings to a person who is shy by nature, and not five-dimensional. [Queen Elizabeth II] is a remarkably straightforward, uncomplicated woman in a very complicated predicament. Claire manages to do what almost none of the other actors we saw in auditions could do: She dared to be still.”

Morgan himself is a bit of a hit-maker when it comes to writing history’s greatest figures. To name a few, Helen Mirren won an Oscar for playing an older Queen Elizabeth II in “The Queen”; Forest Whitaker won an Oscar for playing Idi Amin in “The Last King of Scotland”; and Frank Langella was nominated for an Oscar for playing Richard Nixon in “Frost/Nixon.” Morgan, a two-time Oscar nominee himself, has struck gold again with “The Crown,” which, in addition to Foy’s Golden Globe, won another for best television drama and was nominated for John Lithgow’s spin on Winston Churchill. Even with its various moving parts and expansive ensemble, however, it’s the “queen-like” Foy who centers it all onscreen. “Her ability to sort of anchor the show, it’s exactly the sort of impact that I would have thought that the queen would have, which is that she just steadies and reassures any environment she’s in,” Morgan says of his star. “The show would not have been possible without her. She never lets you down.”

For actors who themselves aspire to inhabit historical greats like Queen Elizabeth II and others that “The Crown” and Morgan have reimagined for Netflix, the showrunner says he expects actors to enter that audition room knowing not just the material, but the person they’re to play “from the inside out.” And perhaps surprisingly, don’t worry if you don’t perfectly fit the physical bill; an emotional metamorphosis is paramount above all else.

“The really good performances are transformative,” Morgan says. “I always tell people when we’re casting [to not] worry about whether they look like [the figure] or not; if they’re the right actor, they will end up looking like them even without makeup. We’ve all seen it in great screen performances, and it’s what separates the truly great from the merely good: when someone really gives themselves to a role and really connects with the person they’re portraying.”

Want to star in a series like “The Crown”? Check out Backstage’s TV audition listings!