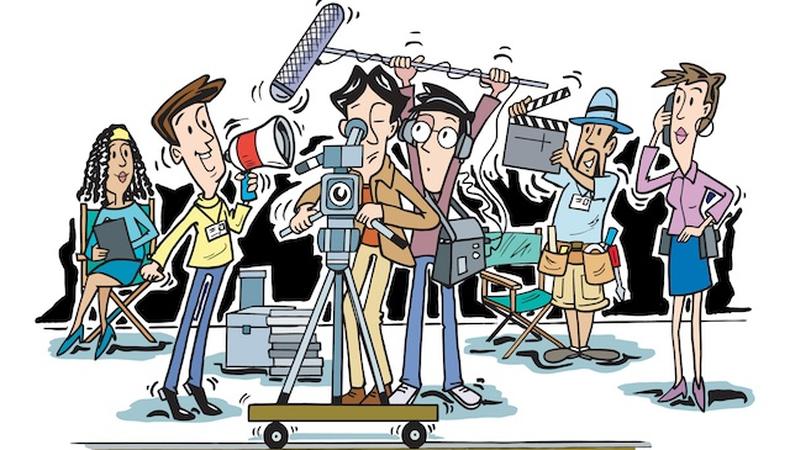 So here we are at the start of pilot season once again, which is likely to run through March, according to my sources. (Although pilots are shot year-round these days, there still is an official pilot season.)

Over the years, I've talked to teachers, actors, and casting directors about auditioning for pilots, which are a breed unto themselves. I've cherry-picked some of the most useful pointers for you:

1. You might get a pre-read—that is, a read in the casting director's office—and if so, that's helpful. You can find out lots about the show from the casting director. It might turn into a cold read if you're given a different character to read, in which case you might have 10 minutes outside in the hall to prepare (decide whom you're talking to, and why, and make clear and bold choices—you know, the usual).

2. Seasoned actors usually go directly into the first audition with 24 to 78 hours to prepare. This audition includes the producers and the director. Be sure to do your research first, by way of your agent and the Internet, to find out what the style is likely to be. Director Mary Lou Belli says actors tend to go astray most in style—being bigger than they should when the style is realistic, for example. Here's your homework:

See if you can get the full script. SAG guarantees it, but actor Scott Paulin tells me he's rarely given a full script ("Often they say, 'We're still writing it' "), and he just goes with the flow.

Determine if it's a comedy or a drama, and if a comedy, one or four cameras? If the latter, the style tends to be, as teacher Scott Sedita labels it, heightened (a term he prefers to "broad," which wrongfully implies caricature).

Figure out, if it's a drama, what sort—procedural? sci-fi/supernatural? medical?

Research the network that's producing the pilot. What type of shows does it produce? That will give you a hint as to genre.

Research the pilot's writer; his or her past shows, if any, will provide clues to the style.

Learn what shows were successful in 2011. Pilots usually copy those formulas. "Soaps are out; dramas are down; comedies are up," says Sedita. "Because of 'Modern Family,' a lot of pilots are about families." Says Paul?in, "Let's say your character is a transplanted sheriff coming back to his hometown in rural Appalachia and dealing with local drug addicts. So you know you're remaking 'Justified.' Get yourself to Hulu and watch the pilot of 'Justified,' and get the tone from there. Almost every pilot has a prototype." Sedita also observes that last year, about six characters—Cuban, Puerto Rican, Salvadoran, Mexican—were based on Sofía Vergara. "Everyone is looking for the next Sofía."

3. If you get a callback after reading for the producers and the director, you'll read for studio heads. Actor Wendy Phillips, who teaches acting at the University of Southern California, has learned to not freak out if the callback isn't as good as her first read. "That probably means your third read [with the all-important network honchos] will be terrific," she says. "The callback is like the second-night slump in theater." Nobody, she asserts, is at his or her peak at the callback.

4. Only a few will make it to the network audition stage, which can be a nerve-racking ordeal, what with contracts to be signed. Phillips makes an adjustment by imagining that she has invited the bigwigs to a party at her house. "I'm gracious and charming; I work the room a bit, welcoming them to my space. I'm not afraid to look at them, smile, catch an eye." She's a veteran of nine pilot auditions and seven TV series.

5. Keep things in perspective. Teacher Doug Warhit reminds us that most pilots don't go beyond the pilot stage, and of those that do, about 80 percent are canceled within four weeks. The scuttlebutt is that more pilots are being made this year—which means that the rate of success of any one pilot is even lower.

6. Don't let character descriptions lead you astray. Acting teacher Margie Haber points out that some actors make the mistake—if it's, say, a cop series—of practicing "being" a cop. "But you're a human being who happens to be a cop," she explains. It's about your relationship with the other characters, not about your "cop-itude." Paulin observes, however, that relationships are rarely discovered in the casting process. "You'll likely never see [the actor playing] your old lover of many years until the first table read," he says. He usually finds himself reading with the casting assistant, and of course you have to make that work "regardless of the fact that there's no actual relationship there."

7. Finally, in auditioning for pilots, be true to yourself. "More than anything else, you should strive to be you, because they're not casting an actor, they're casting a person," says Paulin. "On a pilot they're looking to cast you—you're the raw material. If you're auditioning for a regular, you're the clay out of which they're going to sculpt the series. You want to be you at your best; you want to convince them that this is not an angry African-American female that they want but actually a 60-year-old guy from Ohio." Not unlike the real Scott Paulin.