Above Average: The Online Destination for Comedy Content Creators 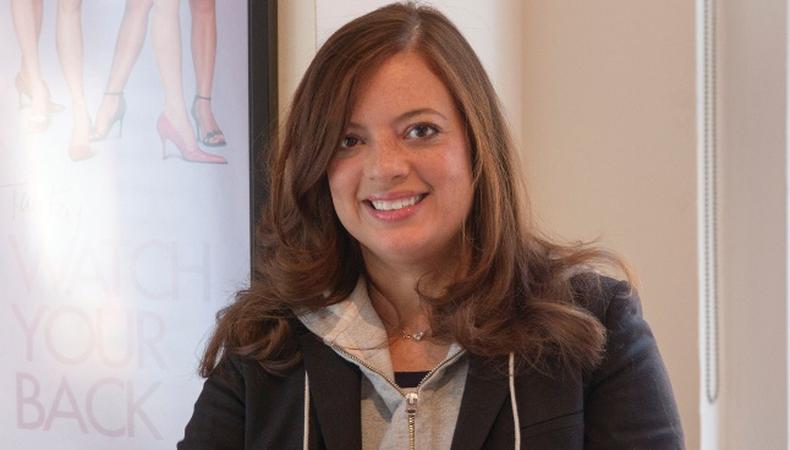 Using the expertise she developed as a producer for “Saturday Night Live,” Jennifer Danielson helped launch Above Average, a multichannel comedy network, in 2012.

What does Above Average do?
We like to refer to ourselves as a boutique multichannel network that specializes in premium content, so we focus on finding already established talent on YouTube and then vetting them by deciding that we are putting faith in the creative that they’re putting out. Then we support them. We also make our own in-house videos and write articles, and we highlight different channel partners’ work on our website.

What’s the goal?
To me, this is the perfect story of Above Average: We have a channel partner who started out as an intern, and he came to us with a great idea. We made a Web series out of that idea, [which was] well received, and he ended up as a writer on “The Awesomes.” We took that Web series and developed it for Comedy Central, and he’s now a staff writer on Seth Meyers’ [talk] show, so to me, that’s success. We identified talent at an early stage, we developed something with him, and we’ve exposed him to the bigger world and seen his growth, which is really gratifying as a company.

What are some well-known Above Average projects?
“Sound Advice” is one of them, where Vanessa Bayer (“SNL”) interviews musicians. “Sugarboy” was a great, great series that we put out—I would love to do more of those—and “Hudson Valley Ballers” is another one.

What is the relationship between Above Average and its channel partners?
It’s fully based on support—that’s really what it’s about. They wouldn’t be chosen if we hadn’t trusted their comedy in the first place, so we don’t edit their creative voice. We support them through everything from social to if they’re making a video with us and they need help finding a location. We help sometimes with casting. But I do think the foundation of it is support and mutual support in creating a community.

When and how was Above Average started?
There was a writer at “SNL” named Mike O’Brien who wanted to do a digital series, which ended up being “7 Minutes in Heaven,” where he interviews celebrities in a closet and it always results in a kiss in the end—whether they want one or not. I didn’t work directly on that series but it became clear in doing that that there was a need and a want for creative outlet in the digital space that Broadway Video [Lorne Michaels’ media company responsible for “SNL,” “The Tonight Show Starring Jimmy Fallon,” and others] didn’t yet have. And so the idea was to go out there and source talent; looking at who’s out there and then making bets on who we think really has potential. So we spent that first year [2012] building the channel partner network, making content. We didn’t do a whole lot yet with branded stuff or even monetizing the content in any way. It really was a creative “first outlet” for people. And now some of our series are branded and sort of evolved. We’ve developed things for Comedy Central for half-hour, so we’ve definitely grown from that initial start of having this really be passion projects to having it be a combination of passion projects and developmental.

How can actors get involved with Above Average?
The best thing to do would be to reach out through our website because we do have somebody who focuses on casting, and you don’t necessarily have to be in the New York area; we definitely have channel partners in different places. We’re casting all the time for different things. There’s a fair amount of that word-of-mouth culture, but we are always looking for new people because I think that the goal is to make this community even bigger, even warmer, and even more layered with even more depth to it, so the more people we’re introduced to the more excited we are.