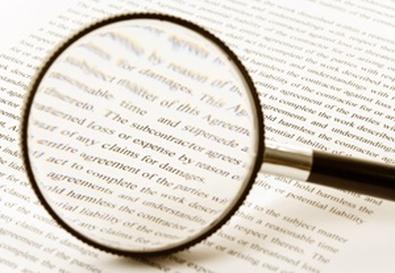 It's that time again, the period from January to May when television pilots are typically cast—traditionally known as pilot season. Of course, with the increase in original programming for cable TV and other outlets, casting nowadays takes place throughout the year, though most network pilots are still cast in the first five months.

Pilot agreements with actors are often negotiated under considerable time constraints, sometimes closing just minutes before a screen test. This gives the studio a major advantage, as the actor is required to sign prior to auditioning. If he or she refuses, another actor will certainly accept the studio's terms. As pilot agreements cover not only the actor's services on the pilot but also up to seven years of possible service on the series, it's important to be prepared.

Pilot season has changed over the last decade. In the past, established actors weren't customarily required to test, or refused to. But with the marketplace shifting, as film actors move to television and reality programming thrives, this is no longer always the case. Also, fewer pilots are being shot, and studios nowadays often make "presentations"—essentially shorter, less expensive pilots—rather than full pilot episodes. This reduces their financial risk, as only a few pilots make it to series.

Generally, the studio's casting director will audition dozens of actors for various roles. The network, the studio, and the executive producer of the series will then typically narrow the list to a few actors per role, who will proceed to "test" (often referred to as the "studio test"). If the studio likes an actor's performance, he or she will audition for the network, which has final approval.

As mentioned, the pilot agreement must be "closed" prior to the network test. In many cases, the actor's agent or attorney will negotiate with the studio's business affairs department. Sometimes the actor may negotiate directly with the casting director. Here are some key terms to be aware of:

Test option period: After the test, the studio customarily has five to 10 days to engage the actor on the pilot. Typically, the actor isn't paid for this "hold" but grants it in exchange for the possibility of being cast. A savvy talent representative may negotiate for "pre-empt language," allowing the actor to receive other offers, subject to the studio's first right to employ him or her. Similarly, an actor on hold with a studio may test "in second position" for another show, though many studios won't waste time auditioning an actor who may ultimately be unavailable.

Contingencies: Even if the option is exercised, the actor may still not be guaranteed the pilot fee unless certain conditions are met, such as the successful casting of all the lead roles. The actor's representative may insist on removing such contingencies or request pre-empt language.

Fees: The pilot fee is a fundamental negotiating point, as it may be the only compensation the actor receives. It's often higher than an episodic fee, because photography on a pilot usually takes longer and the studio gets the added benefit of an option for series services. For the series, annual salary bumps are negotiable, though 3 to 5 percent per season is customary. Pilot fees vary based largely on the actor's popularity and previous salaries, the pilot's length (fees for presentations are lower), the type of project, and the entity producing. Cable shows, soap operas, children's programming, and daily shows usually pay less.

Series services option: If the pilot is produced, the studio has an option to engage the actor for the series. If the series option is exercised, the studio gets consecutive annual options for up to seven seasons.

Guarantees: Ideally, an actor would want to be guaranteed payment for all episodes ordered, as opposed to all produced, because many shows are canceled before the full order is produced. However, major stars aside, the studio will usually agree to, at best, all episodes produced, often with a minimum guaranteed number of episodes.

Credit: Series regulars usually receive onscreen credit on a separate card in the main or opening titles. Though the terms are often used interchangeably, main titles are the limited credits displayed before the episode begins, usually while the theme music is played. Opening titles are typically displayed after the first commercial break. Talent reps may ask to tie the size and type of the actor's credit to those of other cast members. If an actor cannot secure first or second position, he or she may request the last credit, preceded by "and" or "with" to differentiate it from the pack.

Miscellaneous: Travel and expenses, exclusivity, profit participation, perquisites, relocation fees, publicity services, consultation rights, dressing room, nudity, and soundtrack and merchandise royalties are all important deal terms to be negotiated and vary depending on the actor's role and stature.

Renegotiation: Although the pilot agreement frequently covers up to seven years of services, these deals—as you may know from the famous "Friends" and "Sopranos" renegotiations—are often revisited at an earlier date. Even with a binding agreement, if a show is a hit, the studio does not want an unhappy actor on set.

Dina Appleton is senior vice president, business and legal affairs, at Entertainment One Television and co-author of the book "Hollywood Dealmaking" with Daniel Yankelevits.