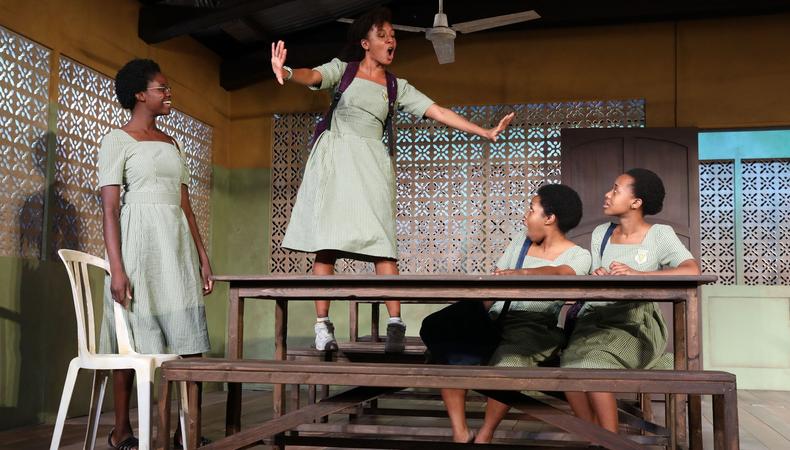 Jocelyn Bioh’s “School Girls; Or, the African Mean Girls Play” was so rapturously received during its initial Off-Broadway run at MCC Theater last October that the institution is bringing the Lucille Lortel–winning production back for an encore, beginning performances Oct. 16.

That it resonated so pertinently is unsurprising given Bioh’s pedigree; both a playwright and actor, she’s able to write characters that can be deeply felt and recognized from both an actor’s and audience’s perspective.

“I understand from a really visceral perspective what it’s like to be inside of a character and what it’s like to create one,” Bioh told Backstage earlier this year at MCC’s annual Miscast gala. “Because I’ve mainly only worked on new plays before, I really understand that process. I think one influences the other [playwriting and acting]—I refuse to choose between them!”

As much as an appreciation for the actor influences her playwriting, it also informs what she seeks in prospective talent to bring her work to life. “I look for honesty and truth,” she says of casting. “I write mainly comedies. As an actor myself, I mostly star in comedies, and I just like playing the truth of what it is; the humor, the pain, the essence of it will all flow out of that.”

Ultimately, Bioh adds, the most valuable quality actors can bring to a given role is authenticity. “Just come in with exactly what you got and who you are,” she advises auditioning actors. “From there, the right role will find you.”

Casey Mink
Casey Mink is the senior staff writer at Backstage. When she's not writing about television, film, or theater, she is definitely somewhere watching it.
END_OF_DOCUMENT_TOKEN_TO_BE_REPLACED