Are You Aware of How People Perceive You? 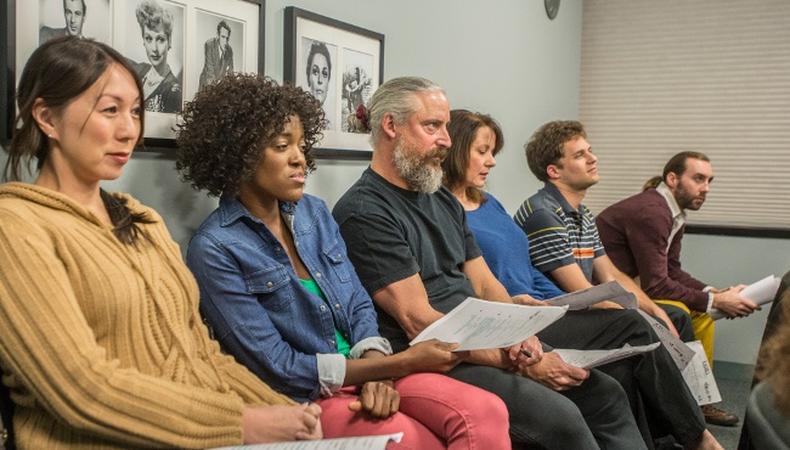 Actors—the ones lucky enough to work—spend their careers being silently judged by rooms full of strangers. But they don’t always receive real feedback from said strangers.

Launched in May 2014, the Screen Actors Guild Foundation’s Branding Workshop series looks to help actors better position themselves as products to be marketed to industry gatekeepers (casting directors, producers, directors) by providing them with anonymous feedback from their peers—not on performance or audition technique, but on physical presence.

The sessions, which take place twice a month at the Foundation’s Los Angeles headquarters, gather together groups of 20 actors. Each actor takes a turn stepping in front of the group, saying his or her name, then sitting quietly while the other actors circle terms on a series of forms containing adjectives such as “blue-collar,” “friendly,” and “shady.” The feedback can inform everything from how actors dress for auditions to the type of headshots they have taken.

“Think of it like a live headshot,” said Dennis Baker, the Foundation’s business program director. “A headshot, it takes people five seconds to look at it and form their opinions. This kind of replicates that in a live way.”

The Branding Workshop is adapted from a program created by Kevin E. West, founder of the Actors’ Network, which offered access to programming and events at its West Hollywood space to paying members. After that space closed a few years ago, Baker asked permission to adapt the program for the SAG Foundation. West agreed.

The workshop is available for free to SAG-AFTRA and Actors’ Equity Association members who preregister through the foundation’s website. Actors are encouraged to sign up for multiple courses, changing their wardrobe each time, but are barred from attending more than one session a month.

Actor Brice Harris was surprised at how consistent the answers were when he participated in the workshop. Of the terms that showed up on a majority of his response sheets, roughly half were reactions Harris anticipated. But the others were surprises.

“That kind of stuff is pretty invaluable for someone who is looking to create a marketing niche for their business,” Harris said—even though not all of the surprises were pleasant. “Arrogant” was the most common response he received in one of the program’s four sections.

“I thought, Oh, boy, that’s not good,” he said. “But you just can’t take this stuff for good or bad. The only way you can take it is, ‘This is an employment opportunity for me.’ ”