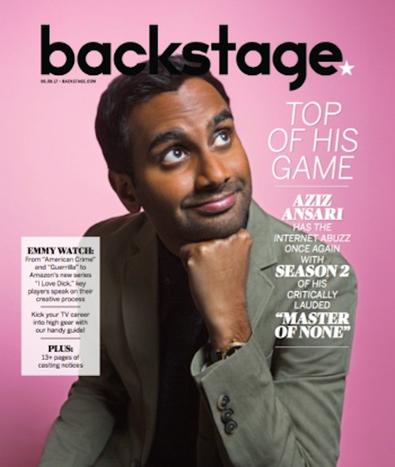 Before Lena Waithe flew out to New York City to shoot the first season of what would go on to become the groundbreaking series “Master of None,” she made a point to rewatch Aziz Ansari’s 2015 standup special at Madison Square Garden.

“All you need to know about Aziz, you see in that first scene,” she says. “This motherfucker is walking out of the damn elevator, ’bout to walk out onto one of the biggest stages in the world to a sold-out audience. It’s the epitome of who he is. He’s like, ‘And what? Why should I not? Why should I not be in a tailored suit?’ This Indian boy from the South who made it. ‘Yeah, I’m gon’ walk out with no sweat on my brow because I deserve to be here.’ ”

Waithe is referring to Ansari’s fourth comedy special following “Intimate Moments for a Sensual Evening,” “Dangerously Delicious,” and “Buried Alive”—the one where he joined the handful of comedians who have sold out Madison Square Garden. The Netflix special came on the heels of the final season of “Parks and Recreation” and his character, Tom Haverford, which had been Ansari’s biggest role to date. Two years, two seasons, and three Emmy nominations (plus a win) later, Ansari has arguably entered a league of his own with “Master of None.”

He’s not the first big-name comedian to create a successful scripted series (“Master of None” has drawn numerous comparisons to Louis C.K.’s “Louie”). And he definitely isn’t the first to focus on a struggling New York actor living off the leftovers of a long-gone commercial. It’s the way he and his co-creator, Alan Yang (also of “Parks and Rec”), did it: with an audaciousness that saw them throwing caution, the audience’s reliance on a core cast, and traditional television formatting to the wind. It’s the epitome of the “Why should I not?” mindset Waithe saw from 2015.

Now, almost a month after the release of the second season, people have had time to binge it twice over. The series has received near-blanket praise that’s branched off into in-depth soundtrack and wardrobe analysis, a “Master of None” restaurant tour, and countless think pieces about the show’s take on dating in the modern world, the normalization of diversity, and how many pasta shirts our protagonist actually owns.

When we last saw Dev, he had ended his relationship with Rachel (Noël Wells) and was off to fulfill his dream of becoming a pasta-making apprentice in a small Italian town. The change of scenery and characters, drastic as it is, feels naturalistic—likely because Ansari actually did go through a breakup, took weeks of Italian lessons, and moved to Modena after the show’s first season to learn to make pasta. (Ansari also took Japanese lessons before heading to Tokyo after Season 2 wrapped.)

His sophomore installment picks up sometime after the finale in the picturesque streets of Modena, where he’s made much tortellini and many friends, including the charismatic Francesca, played by Italian film star Alessandra Mastronardi. 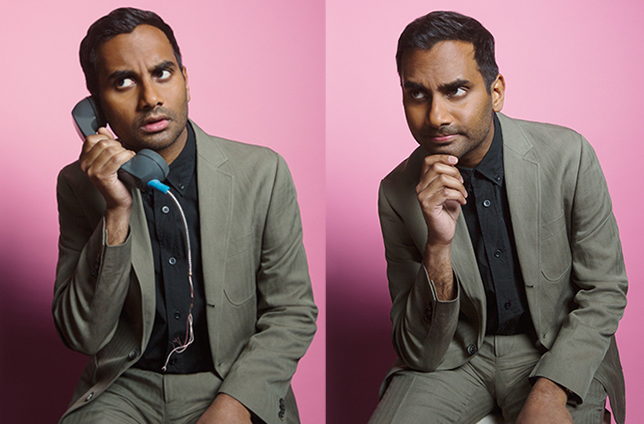 If Season 1 centered on the debilitating paradox of dating in NYC in the age of dancing-girl and kissy-face emojis compounded by unrealized career prospects, Season 2 explores finding dream scenarios in both the professional and the personal, and managing the dawning realization that the timing is all wrong.

“We wanted to make sure if we came back that we did something different,” Ansari says of the shift. “I think that’s why we took a long break. That’s why I personally even debated doing a Season 2. I didn’t want the show to be like we’re pumping it out of a factory, like it was being made just to shell out more episodes.”

Ansari took on a larger directing role this time around, helming five of the show’s 10 episodes (compared to two last season), including the first, entitled “The Thief,” inspired by Vittorio De Sica’s film “Bicycle Thieves.” Shot in black and white and delivered mostly in Italian, it elevated the precedent Ansari and Yang set in Season 1: to treat each episode almost as a stand-alone short film, complete with opening credits and title cards. Episodes like “Thanksgiving,” where they focus on Denise’s (Waithe) coming out over decades, and “New York, I Love You,” a triptych of vignettes that follow a doorman, a deaf convenience store clerk (the entire 10-minute segment is completely silent), and a series of cab drivers, stand as testaments to how different but still rooted in the show’s identity their approach turned out to be.

“Rarely do these other people, who are so fundamental to New York City, ever get showcased,” Ansari says about the decision to shift the spotlight off Dev for a couple of episodes. “To me, if you take anyone from New York, or really anyone, and talk to them for a while, you’ll find they have their own ‘Master of None’ show inside them. There’s comedy and drama and heartbreak and all these things in their life, the same way I do for the things I get to translate into a TV series.”

To ensure he and Yang tapped into the inspiration needed to be able to “push it even further,” the two devoured titles from master Italian directors; heavy influencers included Michelangelo Antonioni, whose “L’Avventura” makes a surreal appearance in the season’s penultimate episode, and De Sica, whose frequent casting of nonactors inspired Ansari to cast real Italian locals in the first episode, such as his landlord in Modena, and Romina Filipetti, an actual Hosteria Giusti restaurant employee who taught Ansari some cooking techniques. 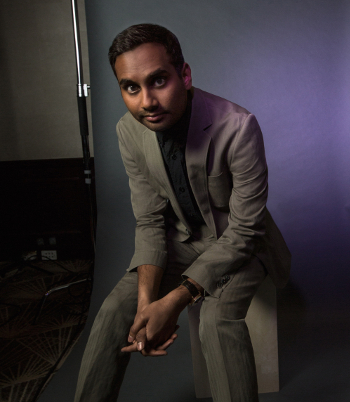 “You can just tell right away [when someone’s a nonactor] because they’re so much more natural than people like me,” he says with a laugh. “They’re more natural to me than anybody. Like, if De Niro’s playing a cop, I can see him acting. If a real cop plays a cop, I can’t see it. You can tell right away that that guy’s not an actor. He’s a real cop and he’s doin’ it. There’s something that they’re doing that no other actor’s going to be able to recreate.” He pauses. “ ‘Aziz Ansari says a nonactor’s better than Robert De Niro!’ I did kind of just say that.” But for all the first-timers he, Yang, and his CD Cody Beke cast, there’s trained talent like Bobby Cannavale, Angela Bassett, Cedric the Entertainer, Raven-Symoné, Kym Whitley, and Condola Rashad to bring it all home.

Cultivating authenticity is the most important element when casting and working with actors, according to Ansari. It’s an approach that proved illuminating for actors like Waithe, who says it helped her realize she had to tone down how animated she actually is for the comedy to come off as genuine. “It was the best note he could’ve given,” she says. “They said, ‘We want this to be grounded and honest. This is not some network sitcom run by a bunch of execs who are out of touch. We want this to feel like a conversation in someone’s living room.’ ”

Ansari sat in on all the auditions for this season’s larger characters, such as Francesa and his young bud Mario (Nicoló Ambrosio), and used improv both to gauge their initial chemistry and to hone that groundedness later down the line. “[It was] more dramatic improv, not ‘say something crazy to make me laugh,’ ” he explains about building the emotional dynamic. Ansari would often record the sessions and refer back to them, a trick he found helped his writing of the final text, and something he picked up during his standup days. “You improvise something [onstage] and it’s the particular words you say,” he explains. “You change two words and it’s just not as funny or interesting, and to capture those moments, it’s better to record it.”

Although he makes a point to clarify that writing for a television series and writing a standup bit inhabit two very different parts of his brain, he implemented the same practice of recording to create the Emmy-winning dialogue of “Master of None” as he did to craft his successful comedy specials.

Like any smart comedian, Ansari continued to draw distinct parallels between his life and his art, both in practice and in content, from the more literal examples of casting his own family members and highlighting the real horrors of auditioning as an Indian actor to more elusive specifics of trying to meet people—romantically or otherwise—in a major metropolis.

It’s through Dev’s varying attempts at human connection that he gives us a window into the lives of people who add nuance to the everyday. If empathy is an actor’s No. 1 tool, Ansari and his team have sowed the seeds for us to reap the benefits.

Briana Rodriguez
Briana is the Editor-in-Chief at Backstage. She oversees editorial operations and covers all things film and television. She's interested in stories about the creative process as experienced by women, people of color, and other marginalized communities. You can find her on Twitter @brirodriguez
END_OF_DOCUMENT_TOKEN_TO_BE_REPLACED