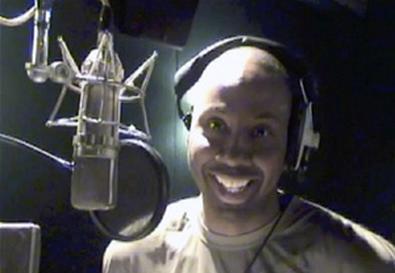 After winning an online casting contest on the film's Facebook page, actor and Back Stage reader Leonard Dozier has joined the star-studded cast of the animated film "Dorothy of Oz," a CG sequel to "The Wizard of Oz" starring Lea Michele ("Glee") as Dorothy.

Dozier was featured in the pages of Back Stage in a "Who Got the Part?" column in 2008, when he was cast in four projects that he found in Back Stage within three months. He remains a Back Stage subscriber, and says he learned about the nationwide "Dorothy of Oz" casting contest from reading Back Stage's casting notices.

"I typically stay away from talent contests but something in my gut said to go for it," he says. "It's one of the best decisions I have ever made."

Dozier submitted a 30-second audition video that he says showcased his vocal ability and his experience as a voice actor, recorded in one take. (This included impersonations of celebrities like President Barack Obama and Morgan Freeman, as well as what he calls "really character-based, high-pitched vocals" from a section of the theme music from "Dorothy of Oz.")

"We received hundreds of submissions to the 'Dorothy of Oz' cameo contest via the film's Facebook page and at the Chesterton 'Wizard of Oz' Festival, the largest annual Oz festival in the world," Charley Walters, CEO of the film's PR and marketing firm, CW3PR, said in a statement to Back Stage. "The producers reviewed the submissions and chose Leonard as our first place winner because his submission video had a great sense of humor and demonstrated his love for all things Oz. Leonard did a terrific job recording his lines, and we're all excited to hear him on the big screen."

Dozier has more than decade of voiceover experience, primarily for commercials and audiobooks. He recently won an Addy Award from the American Advertising Federation for his work as the official voice of Boomtown Casino in New Orleans, and is now the spokesman for CollisionMax, with commercials airing on Bounce TV, MTV, and VH1.

For his "Dorothy of Oz" cameo, director Will Finn was in the booth with Dozier via Skype during his recording session, where the actor recorded his lines solo. He says his experience helped, and adds that hearing Finn's laughter during his takes made it an even more rewarding and fun experience.

"Even better was the fact that I received the news on my wife's birthday," Dozier says. "My wife and I shared an embrace that was filled with a bit of triumph for the many, many years of me just working and grinding in this business."

Dozier has been on a hot streak since Back Stage last spoke with the actor four years ago. Around the time Dozier submitted his audition for "Dorothy of Oz," he was filming his part as a small-time Nigerian-American businessman in "Turning Point," a movie co-starring Ernie Hudson, Todd Bridges, K.D. Aubert, and Joe Estevez. Dozier says the role a great learning experience, "because being totally American, I had to undergo some dialect coaching."

He is currently shooting an independent film titled "Antenna," and will star in a production of "Joe Turner's Come and Gone" this winter at Open Stage in Harrisburg, Pa.

Dozier's other recent projects include "Fever," a drama about the Yellow Fever epidemic of 1893 that aired on ABC in the greater Philadelphia region, and a starring role in the short film "Apostle of Freedom." On stage, he has had starring roles in regional productions of "The Piano Lesson" and "Ma Rainey's Black Bottom" at Open Stage. He co-starred in the world premiere of "Heartbreaker" at the Eugene O'Neill Theater Center in Connecticut, and the world premiere of "Battlecry," a new musical based on the Battle of Gettysburg. He is currently working an album of smooth jazz and R&B, and is also writing and developing his own stage musical about the late Luther Vandross.

In addition to Lea Michele as Dorothy, the voice cast of "Dorothy of Oz" features Dan Aykroyd as the Scarecrow, Kelsey Grammer as the Tin Man, and Jim Belushi as the Lion. Giving voice to the film's new characters are Hugh Dancy as Marshal Mallow, Megan Hilty as the China Princess, Martin Short as the Jester, Oliver Platt as Wiser, and Patrick Stewart as Tugg.

"Dorothy of Oz" will be released in 3D in 2013. For more information about the film and to see the contest submissions and runners up, visit the "Dorothy of Oz" Facebook page.