Backstage Experts Answer: What Should an Actor Never Do in an Audition Room? 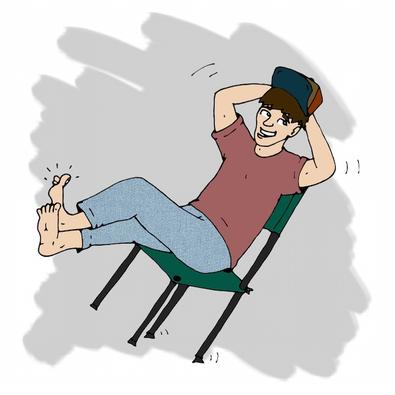 What should an actor NEVER do in an audition room?

(And if you missed the last installment of this column, check out “What’s the Best Advice an Actor Has Given You?” and see how to get your acting questions answered at the bottom of this article!)

Now, before you audition for that next big role, keep in mind these things you should never, ever do from 14 of our Backstage Experts.

Paul Barry, L.A.-based Australian acting teacher
An actor I know from Australia once told me that a casting director said he “wasn't angry enough,” so mid-scene he put his foot through the wall and said, “Is that angry enough for you?” He didn't get the job, but films with him starring have since grossed around $4 billion.

Another Aussie friend said that when Oliver Stone gave him a similar direction in an audition he slammed his fists on the coffee table and performed the scene inches from Stone’s face. He still hasn't been in a Stone film, but then lead roles in blockbusters, and Kathryn Bigelow, Terrence Malick, and Baz Luhrmann films have served him just fine. His films so far have grossed $2 billion worldwide—and are rapidly climbing.

Do not misunderstand me. Their lack of physical control and professionalism lost them those particular jobs, but their legendary passion is why they are working when they do. Having known these guys for close 20 years, nothing was going to stop them from having stellar careers, not even advice on what not to do.

Professionalism is essential, but without passion and the courage to take risks, it is nothing.

Steve Braun and Risa Bramon Garcia, The BGB Studio
Somehow when walking into a casting room, your better judgment can fly out the window. You think you have to “help it up.” Here are some don’ts for auditions. And while we don’t like focusing on the negative, you’ll get the gist of why these are behaviors to leave out of the work. You’ll recognize, cringe, regret, and shake your head at these things never to do or say in a casting room. Take a look at “13 Things to Never Do in a Casting Room” and “13 Things to Never Say in a Casting Room” and have a good laugh or a good cry!

It’s all about the work. Nothing you do to augment your audition or feed your anxiety will serve you or the strong work you’re about to do. So shed the trappings and bring in your core, authentic self. We always appreciate it and are able to see you (and the writing) with far more clarity. And we will experience what’s most important together—the work.

David Patrick Green, founder of Hack Hollywood
An actor should never leave the room without feeling they have given it their best. If that requires doing multiple takes then that’s what they should do. Everyone in the room wants you to succeed, so give yourself every chance to do so.

Acting is all mind over matter. Everyday, we convince ourselves that we are characters other than ourselves in places that aren’t real. So trick your mind into not caring if you win the audition. Of course you do want it, but just before you go in, you have to convince your mind to forget that. Instead, tell your mind it’s all just about having fun doing what you love. Keep telling yourself that you don’t care and that you just want to amuse yourself. Just have fun and set yourself free to play.

Joseph Pearlman, L.A.-based acting coach
Don’t guess what they are looking for. Assume you are who they’re looking for, and bring yourself to the piece with a fun and impactful choice. Too many actors examine their sides with a focus upon trying to determine what the lofty-powers-that-be are looking for. That’s honestly the most futile thing you can do. Quite often, what the producers and directors are “looking for” is someone to save their ass. That’s the full extent. Sure they might have a rough idea of the character in their heads, but so what? They’re seldom married to that hazy notion. Have the courage to assert yourself as the solution to their casting problem, and then make a courageous choice that leaves a permanent mark, so that they see you and nobody else in the role. Trust in your own individuality and instead of stifling your uniqueness in the name of trying to be more what you think they want, let your weirdness, imperfectness, depravedness, and freakishness shine! Those are quite often the most memorable. I help actors discover their singularity—the exclusive combination of attitudes and behaviors that make them an original.

Jackie Reid, manager, and owner of L’il Angels Unlimited
Don’t ignore direction given to you by the CD. I know that actors practice lines and scenes over and over before an audition, but don’t be married to your performance. Be open and flexible to direction that the casting director gives you and make the adjustment. You may think that the way that you envision the character is the only way it’s supposed to be played. A CD may tell you to do the scene in a way that is totally contradictory to the way you practiced. They may have received other instructions from the production team or they may be testing you to see how well you take direction. The important part is to make a visible adjustment, not a subtle change (unless you are instructed to make a subtle change). I have heard feedback from casting about actors that were given eight different ways to read a scene and they read it exactly the same way eight times.

And please don’t say you’re sorry if you mess up the lines!

Jessica Rofé, founder and artistic director of A Class Act NY
If you flub a line and really feel you need to start from the top, never ask the casting director or associate for permission to start again. Simply and politely of course say, “I’m going to start again.” If you ask and the casting director says no, then you’ve lost your opportunity to do another take, so it’s really professional and in your best interest to simply tell the casting professional that you will be starting again.

Shaan Sharma, L.A-based session director
Never slate with anything but your name unless asked.
Never lie about your experience with a skill essential for the job.
Never present a headshot with the résumé unattached or not cut down to 8x10.
Never make up a bullshit story to share in an interview-style audition.
Never blame your scene partner or the reader for your performance.
Never resist or refuse notes from your session or casting director.
Never fail to listen to group and lobby explanations.
Never open a closed door to a studio room. Just wait. We know you’re there.
Never fail to silence your electronic noisemakers. Vibrate isn’t silent.
Never change the copy unless given permission or direction to so.
Never bail in the middle of a take unless it’s a total train wreck.
Never initiate handshaking. It wastes time and spreads disease. Just act well.
Never do anything you feel is unsafe, exploitative, or unprofessional.
Never attempt to do it off-book if you aren’t. Boards and sides exist for a reason.
Never make a list you can’t finish.

Denise Simon, NYC-based acting coach
Spread germs consciously. Since I work largely with young performers, and we all know kids get sick often, I caution my clients and students to never shake hands unless a hand is extended to them first. Casting directors are very sensitive to getting sick as they see hundreds of actors on a given project. Always wash your hands, and if you are sick, stay home please! Especially if you have fever and are contagious. There will be other opportunities, I promise you.

Craig Wallace, L.A.-based acting teacher
Never start until you are ready. It doesn’t matter how fast they’re going in the room. After you’ve taken your space say, “I’m going to take a moment” or “I’ll look up when I’m ready,” or whatever language with which you’re comfortable. The first 10 seconds of your audition are everything. You must be totally “there” from the first moment, because if you don’t compel us to watch you in those 10 seconds, you’ve lost the room and wont get it back. It’s your audition; you must have the confidence to set the room up and run it, as it will benefit you the most.

Ben Whitehair, L.A.-based actor
Don’t bring a gun, molest the casting director, or otherwise be a “whactor.” (Yes, these things happen. I know.) But more importantly, don’t give your power away. You, specifically, were called in for a reason. They want you to succeed, and this is your chance to shine, to work your craft, and God forbid have a good time. And to paraphrase Noël Coward's original saying, “Speak clearly, and don’t bump into the furniture.”

Ryan R. Williams, L.A.-based on-camera coach, founder of Screen Actors System
Never audition in an audition room. It’s not an audition. You already have the role. Granted, you only have to do it just this once…for now. The venue is a small room and the audience is all industry. You get one take, maybe two, but you already have the part. It’s yours to perform and it’s yours to lose. Take joy in it. It’s happening. This is it. Release all expectation of an outcome and perform for love of the game.

What’s the difference between five minutes and five seasons? Nothing. Between action and cut, actors live in present time or they fail to enthrall.

The audience is in the state the performer is in. Do auditions feel good? So why would you ever audition in front of anybody—let alone someone who can give you a part? Do the full performance. And no matter what the part is yours.

I have seen no less than five thousand actors audition for me. They come with the tips and tricks they scored in a “weekend audition intensive.” Please. They come rusty, cocky. They are not training anywhere but in a gym. We want to see a real actor bring their real work. Forget auditioning and work scene study every damn week.