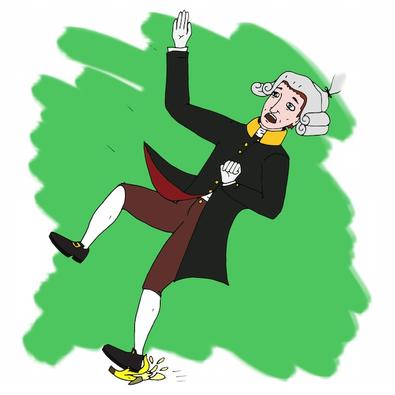 Have you ever seen someone wipe out on a skateboard or one of those new hoverboards and think, I…can’t stop watching. Well, epic fails happen to actors, too.

As industry professionals spanning various areas of the business, our Backstage Experts have seen some of these cringe-worthy fails, and want to make sure you never fall victim. This week we asked them:

What is the biggest actor fail you’ve ever witnessed?

(And if you missed the last installment of this column (and didn’t get what you wanted for the holidays), check out “11 Fears Every Working Actor Must Overcome” and see how to get your acting questions answered at the bottom of this article!)

Paul Barry, L.A.-based acting teacher and founder of Acting 4 Camera
Actors occasionally do things so odd that it makes me scratch my head at why anyone thought it may have been a good idea.

I once saw an actor come into an audition with the kind of energy you’d see in a nightclub that has no interest in policing drug laws. This guy seemed as high as a kite, but the casting director, trying to keep on schedule, simply asked him to proceed when ready.

He reached into a gym bag, pulled out a basketball, and unsuccessfully attempted to bounce it, spin it on his finger, and weave it around his back and between his legs. When the casting director mentioned that the scene had nothing to do with basketball, he turned and ran up the blue screen cyclorama at the back of the studio. His foot went directly through, and the furious casting director ordered him to leave.

He then pulled a house brick out of his bag, sat it on a table and said, “I just want you to remember me!”

Heidi Dean, founder of Marketing 4 Actors
The biggest actor marketing fail I’ve seen was by an actor I had never met who sent me numerous pleading messages on Twitter. “No one will help me. All I need is chance for someone to give me movie parts! Please look at my picture and give me chance!” The same day he also contacted me on all of my other social media networks, my email, and even on Skype! When I hopped over to look at his (unprofessional-looking) Twitter profile, I noticed he had written similar requests to casting directors, actors, and anyone in the business who might listen. He couldn’t have devised a better shotgun strategy to kill his career before it started if he had tried. I looked him up again today and, apparently, all his effort earned him was a ruined reputation and a suspended Twitter account. The moral of the story is, don’t contact strangers sounding desperate, asking for favors, looking amateurish, and using poor grammar unless you want a spectacularly epic fail.

David Patrick Green, founder of Hack Hollywood
I was asked to organize a masters class at a very prestigious acting school in Santa Monica (of which the owner is another Backstage Expert and will likely remember this event as well).

One of the actors was assigned a scene from “Hamlet,” playing the prince himself. As with many newer male actors, I believe this actor was concerned he would not have access to his emotions, and so he was determined to let them out showing what a sensitive actor he was.

He let them out all right. From the moment he walked out on stage, he literally blubbered and sobbed his way through the entire performance, plasma-like streams of snot falling from his nose, tears soaking his eyes, reducing Hamlet to a comically powerless weakling.

In retrospect, it was hilarious—although at the time we couldn’t understand a word he said because he blubbered through the famous verses.

To make matters worse, he would not be talked out of this rendition because his acting coach told him it was the greatest Hamlet he had ever seen, so we got to sit through several stops and restarts with snot and tears flowing everywhere.

Cathryn Hartt, founder of Hartt and Soul Studio
Wow! There are so many from which to choose! I actually adore seeing things go wrong because the spontaneous moment doesn’t get any more real. I admire all of the amazing “saves” I have seen, too. And I treasure each time the set falls down on adorable kids making art out of spit and cardboard.

However, the weirdest one recently was in a film someone sent me to show his work. He wrote it, directed it, and starred in it. In the film, he tried to play the lead guy as well as the bad guy. As the bad guy, I noticed a strange mannerism he seemed to be doing stroking his (obviously fake) mustache and beard. Then I realized that the mustache was falling off and, eventually, he just started to blatantly hold it on. In a following scene, he continued the same procedure. Now, remind you, this was not a live performance. And it wasn’t a comedy.

Tony Howell, founder of Creative Social Media
I wouldn’t call these “fails,” but these are definitely two pet peeves of mine. The first is when I see an accomplished actor or celebrity have a terrible and dated website. People are googling you! Even a one-page website with your social media links is better than something that’s out of date and out of style. The second pet peeve is when I see actors publicly thanking people for following them on Twitter. There’s no need to do that—certainly not a public broadcast! How is that offering any value to your other followers? It’s a #humblebrag and you may lose followers from announcing your growing popularity. If anything, send new followers a reply or direct message—but only if compelled to start an authentic two-way conversation.

I would love to see the end to those two things: dated actor websites and misguided social media. Thank you!

Brian Patacca, founder of Actor Salon
I was sitting on the casting side of a table for auditions. It was a big expensive Broadway show and we were really looking under every rock to find the right talent to launch this new musical (in a brand new theater). A woman came in and we were charmed immediately. She was engaged, spirited, and maybe a little nervous (all very normal). While we had been seeing lots of talent on this day, we were excited by her and we all sat up a little in our seats to give her a generous audience. Mind you, I was an intern at this powerhouse casting office, so I was in awe of the talent on the regular. She sang and acted her heart out. We loved her. And then...she got crazy. We said thank you so much and she became a blabbering litany of, “Well, I can do this,” “Do you wanna see me sing that,” and “I know how to dance.” She melted in front of us. I wanted to hug her and also shake her for shooting herself in the foot.

Jackie Reid, manager, and owner of L’il Angels Unlimited
It was when I had a client show up for a chemistry read for a series regular role one full day and four hours early, insisting that the casting director assemble everyone to come in that day to do the chemistry read. The casting director actually did bring everyone in. To no one’s surprise, my client did not book the role. A close second actor fail was the guy who booked a role as “Young Jesus” in a series as a guest star shaved off his beard and cut his long hair short the day before the shoot.

Jessica Rofé, founder and artistic director of A Class Act NY
A Tony-nominated Broadway star was guest-teaching a musical theater audition technique workshop at our studio when suddenly a girl started singing and getting uncomfortably close to this actor. The star requested that the girl stand back further so as to not invade her personal space. The girl then proceeded to argue with the star’s feedback/coaching on her mock audition. All around, a very uncomfortable scene for the staff, the students and of course, this Broadway actor, who, by the way, is lovely and gracious!

Mark Sikes, L.A.-based casting director
Hostility is a guaranteed room-killer. Last year, an actor came in to read for my director and I on a feature film. I had requested in the audition confirmation that each actor bring two headshots with them. This one actor shows up and announces, “It’s 2015! Look me up online if you need my picture and résumé.” It did not go well form there. My assistant later told us that he bragged to her in the waiting room that he was going to come in and let us have it for asking for a hard copy of his headshot and résumé in 2015!

Denise Simon, NYC-based acting coach
I was at a matinee of a Broadway musical starring a very big actor. It was going well, as most successful Broadway shows go. Then all of a sudden, the very big star got her dress caught in the sheets of the bed in the bedroom scene. This threw her and she forgot her line. She improvised for a while, laughed a bit, improvised some more, laughed some more, and then said, “I forgot my line.” Even pros are human and all the training and experience in the world won’t help them out of a situation. What might you have done to get out of this pickle?

Lisina Stoneburner, Atlanta-based acting coach
Oh, dear. I fear the retribution for writing about any of them. I am choosing this one hoping it’s one everyone can share a laugh about. An actor was auditioning for our program. She came to the audition with a large black garbage bag. She announced she would be doing a monologue from “West Side Story.” She’d play Maria holding a murdered Tony. She went offstage and came back with an oversized Spongebob pillow. She presented him as Tony, laid it on the floor, cradled its head, and proceeded to do the monologue to Spongebob.

Ben Whitehair, L.A.-based actor
Umm. “Gigli”? What comes up for me are all the actors who came to L.A. and moved home after six months because they had unrealistic expectations and understandings about what the career pursuit of an actor looks like on a daily basis. It’s why I’m so passionate about blogging and sharing information about what it means, every day, to pursue this career.

On the flip side, I see many actors who clearly don’t want to have the life/lifestyle required to pursue a professional career as an actor, yet refuse to choose something else. If you’re wildly unhappy about being an actor, you have two choices: Reinvent your relationship to this business, or, from an empowered place, choose a different path that better suits your soul.