Backstage Experts Answer: What Are Some Qualities of Successful Working Actors? 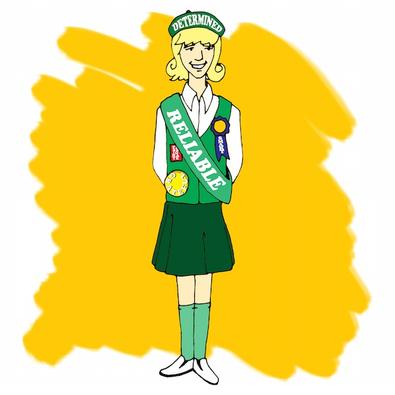 What are some qualities of successful working actors?

(And if you missed the last installment of this column, check out “What’s One Thing You Wish All Actors Knew?” see how to get your acting questions answered at the bottom of this article!)

Here are 14 Backstage Experts on the qualities of successful working actors:

Greg Apps, L.A.-based casting director
They say the umpire in any sport has the best seat at the game, so it makes sense that as a casting director, I have the best seat in observing actors deliver auditions. Consistently successful actors deliver an audition character that is a work in progress—a draft of the character. Their goal is not to deliver a complete character, but an intriguing one; to deliver an audition with experimentation and flaws. Yes, flaws! It sparks our imagination. It fascinates us. I want to see that actor again. You may not get the part, but you sure are remembered for next time. Remember we are not testing your ability. We are testing your suitability.

Joanne Baron, L.A.-based acting teacher
Working actors share certain qualities. Some of these include being reliable and prepared. Skill sets may vary, but actors who don’t arrive on time, know their lines, or have respectful attitudes toward their directors and cast mates are not likely to get hired or stay employed. Talent and training are key but without a high level of professional discipline and decorum, actors really aren’t likely to work.

Paul Barry, L.A.-based Australian acting teacher
Success is not universal; it is incredibly personal. Without knowing your definition of “success” this is impossible to answer.

Compare the large number of actors creating terrific work every day in independent screen and stage projects around the world with the number of A-list celebrities paying off astronomical therapists’ bills, and one should be wary of following the A-list path to “success.” Even Jim Carrey cautioned: “I think everybody should get rich and famous and do everything they ever dreamed of so they can see that it’s not the answer.”

Define what success is to you (and know that money, fame, and notoriety are almost certainly not going to be important to you when you take your final breath). Once you’ve distilled your understanding of success to its most honest, entirely pure, and personal essence, you have power enough to go ahead and pursue that, instead of illusory and ultimately unsatisfying “success.”

Wake up every morning and simply pursue the essence. Don’t worry about anyone else, because even if they’re “successful,” you’ll know that you’re happy.

Steve Braun and Risa Bramon Garcia, The BGB Studio
Successful working actors are all about the work, without a hyper-focus on “getting ahead.” While that’s not an absolute—there are actors out there who are momentarily successful because they’re young, good looking, and have a few other traits that keep them working for a few years—actors who sustain careers are in it for the love of the work and for the rush of acting for its own sake. They’re responsible and committed. They show up for themselves and their work. They manage their insecurity and do what it takes to push through low self-esteem. Hearing no doesn’t stop them. They feel the pain of rejection but move on because they love acting and understand that their talent exists outside of a moment of rejection. They train; they make sure they are always in the work in some way. They have a rich full life outside of acting. Successful working actors do everything they can to be fully of the work, and to honor their lives just as fully.

David Patrick Green, founder of Hack Hollywood
There is really only one thing that I think all professional actors have in common. It is dedication. Whatever else you are missing can be overcome if you stick with it and treat acting like the highly competitive profession that it is. Without dedication, there is only amateurism, and any actor thinking about getting into this business and doing it for fun or part-time has to ask themselves if they think the top producers and directors in the world want to work with amateurs or hobbyists. The answer, of course, is a resounding no. Dedicate yourself and you will flourish.

Cathryn Hartt, founder of Hartt and Soul Studio
I can identify pretty quickly which students have a better chance of making it in this business:

Joseph Pearlman, L.A.-based acting coach
One of the most pervasive qualities of successful working actors is that they play well with others and they’re able to make genuine connections with everyone on set. They’re truly good people. They handle themselves with grace and decorum at all times and they have the courage to bring their personalities to every role. This is a business that attracts a lot of difficult people, and sometimes rewards people for being difficult. Those rewards have a very short shelf life. Be one of the actors who is a joy to be around and you’re setting yourself up to win.

The second quality is a combination of optimism and tenacity. These actors understand that this business has an ebb and flow. They are able to ride the highs and lows without having their faith and confidence in themselves shaken. This is staying power.

The final quality is talent. These actors who work consistently are talented; they know how to make the fun and impactful choices that consistently win them the role. We help actors launch their careers by empowering them to use their personalities to book every role for which they’re right.

Jackie Reid, manager, and owner of L’il Angels Unlimited
Talent would be the No. 1 quality, but let’s assume everyone has that and move on to other important qualities. Successful working actors share the following three qualities.

Persistence: This is the ability to hear no hundreds of times before getting a yes and still going to every audition and doing your best. These actors maintain hopefulness, optimism, and good attitudes.

Ability to take direction: These actors take the direction given to them by the director and apply it. Often actors see a character as one way and get stuck portraying them that way. A successful actor will take the notes, make adjustments, and give the director what he/she thinks the character looks like. No ego.

Gunnar Todd Rohrbacher, founder of Actors Comedy Studio
There are so many qualities that add up to making an actor successful. I think the most underrated, however, is simply being a joy to work with; being all solutions, no drama. When you can solve problems just by showing up, people are going to remember you in a positive light and want to work with you again. After that, I think certainty. Actors are inherently people-pleasers in search of validation. When you’re solid within your craft and don’t need anything in response to it, you place yourself in an elite group. Showing off your work without expectation of result is sexy. That’s the very definition of star quality.

Mae Ross, founder of 3-2-1- Acting Studios
Successful working actors come in all shapes, sizes, and range of talent. A sincere love and passion for the craft of acting is imperative. Tenacity and the willingness to work hard will win out over a more talented actor who lacks drive or discipline. Confidence and a strong belief in themselves protects every actor from the many insecurities of the industry. Rejection will not make them hide their head in the sand, but instead, regroup and try again. Possessing both leadership and teamwork characteristics adds to the success of the working actor.

John Swanbeck, director-author
Successful working actors know how to deliver first and worry about their processes second. The same goes for all of us, directors and writers, too. No one hires any of us for our processes. The trick, obviously, is to deliver while delivering something great, but delivering is why we are all hired and paid. The longer an actor takes to get into character, the longer an actor takes to feel a moment before delivering, the harder it is for an actor to play a direction if it doesn’t make sense to the scene or their process, the less someone will want to work with them again. The filmmaking process is more important than the actor’s process and they are not the same. The ability to deliver is what separates the professionals from the amateurs, and the three abilities that distinguish the professional actor from the amateur actor most are timing, rhythm, and knowing how to use the frame.

Ben Whitehair, L.A.-based actor
A powerful vision for their future, the commitment to work towards that vision every day, the belief that it’s possible, putting service above self, and an attitude of gratitude.

Want to be more involved in the Backstage community? Became a subscriber here!