8 Backstage Experts Explain: What Is an Actor’s ‘Type’? 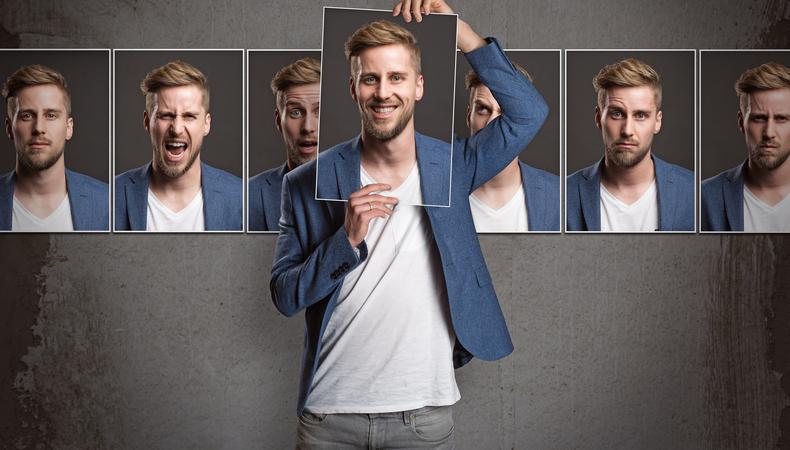 An actor’s “type” is a highly common industry term. Very often, casting breakdowns will even write in the character description for any given project, “Lena Dunham/Ansel Elgort/any-other-distinguished-actor type,” because it’ll help narrow the pool of prospective actors. This week at Backstage, we’re focusing all our attention on how actors, particularly when they’re just starting out, can determine what their very own type is. But before delving deep, we should clarify what a type even is. Here, eight Backstage Experts break down what you need to know to get a grasp on the concept of typing.

It’s how those close to you define you.
“Put out a post on Facebook or ask people who know you to list the qualities they would use to describe you if they had to build an online dating profile for you or describe you to someone else. Have them answer in the third person. See what they say. And listen. It might sound something like this: “She’s really genuine, whip smart, caring, loyal, very observant, sweet, non-judgmental, someone you’d want to go to when you’re down, humble, and just really pretty.” Or “He’s a riot. He’s a charmer, high-energy, hilarious, a good friend, always up for a good time, silly, consistent, like you never see him down about anything, and really loves his family.” —Shaan Sharma, session director, teacher, and author of “A Session DIrector’s Guide to Commercial Acting in L.A.”

Imagine yourself in the existing landscape.
“Write down three shows you could see yourself on. Series regular, guest star, costar...whatever. There are about 30 shows filming in New York right now. Watch them, learn from them, observe what kind of actors they are casting. Take notes. Look up the casting director and the actors. If you are right for that show, and are trained, and they cast your type over and over, then by all means sign up for a casting director workshop to meet them in person. If you are over 50 and play ‘extraterrestrial’ roles all the time, probably don’t sign up for a soap opera casting workshop.” —Matt Newton, acting coach and Backstage Expert

Take these four things into consideration:
“There are four key elements to consider when determining type:

1. Hero or villain. Is the character a good guy or bad?
2. Stature/class. To the Manor born, or from the streets? Are you the authority or the apprentice? Knowledgeable or dimwitted? Catalyst or cattle?
3. Is this character likable, or not? Endearing or off-putting? Magnetic or repellent?
4. Dualities and contradictions. Are you playing ‘against type’? For instance, ‘the hooker with the heart of gold’ or ‘the crooked cop.’ (This is where the fun really begins.)” —Kate McClanaghan, casting director, producer, founder of Big House Casting & Audio and Actors’ Advice, and Backstage Expert

Type frequently derives from a single quality.
“One of my recent clients was a pretty actor from the South. She had a definite Southern drawl, beautiful green eyes, and dark hair. While very attractive, she had an intense look that could be mistaken for resentment or rage. She had appeared on a soap as the bad girl who came to town and stole the starring actor's boyfriend. In an indie film, she played a neurotic and violent sorority sister. Obviously, a few directors saw her intensity and hired her for that quality.

It can be as simple as the roles you want to play.
“Watch as many films, television shows, and theater as you can. Keep a list of the kinds of characters you would be good at playing. When you watch these projects, envision yourself playing a certain type of character on the show. List the different emotions, personalities, attitudes, and qualities that the roles demand. Be as specific as possible in describing the character and what traits you see the actor playing. Add the ones you feel you could do well to your ‘Type List.’” —Lisa London, L.A.-based casting director, author of “From Start to Stardom,” and Backstage Expert

Don’t fight your age; embrace it. “The average age of lead actors is expanding. Make sure your headshots reflect your current age. Using old headshots or retouching current ones until nothing is left except your eyes, nose, and mouth doesn’t help. Some people do look years younger or older than they actually are. Be sure that you are able to match your behavior with the perceived age. When you compare a 35-year-old that looks 20 to an authentic 20-year-old, the difference is glaring. I have seen people that look really young but their maturity kills the illusion. These people get stuck because they look young but casting wants someone that feels young as well. The same goes for someone that looks older.” —Marc Cartwright, L.A.-based headshot and editorial photographer and Backstage Expert

“It merely indicates the kinds of parts we can play because the medium doesn’t see beyond the physical. It’s not intended to keep you from booking jobs. Instead, it’s trying to show you how you can work.” —Anthony Meindl, award-winning writer, director, producer, and artistic director of Anthony Meindl’s Actor Workshop

Use this equation:
“Your Type = age range + jobs + attitude. Look at the roles and descriptors that floated to the top of your tallies. These are a representative example of your type. Mix and match some of the items on this list. They should feel like casting specs you are right for because you pulled them directly from your own auditions.” —Ratana Therakulsathit, actor, acting coach, and brand strategy coach

Ready to book a gig? Check out Backstage's casting calls!

Casey Mink
Casey Mink is the senior staff writer at Backstage. When she's not writing about television, film, or theater, she is definitely somewhere watching it.
END_OF_DOCUMENT_TOKEN_TO_BE_REPLACED