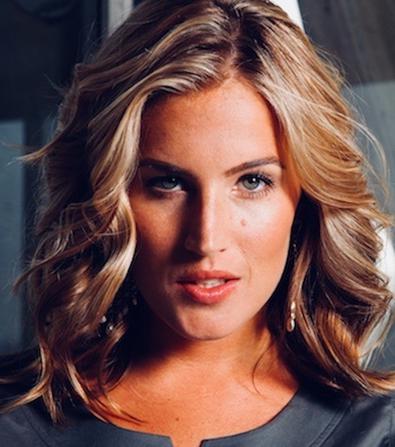 There’s a simple reason Marisa Sullivan checks Backstage every day: “I don’t want to miss anything cool!” Having left the business for a few years, the Los Angeles–based actor knew exactly where to look for gigs when she dove back in. She just booked the film “I’ll Be Around.”

The film checked her boxes.
“I identify with these characters because I have lived quite a colorful life in the music scene. I’ve always been a bit rebellious and a nonconformist in my own way. They don’t want to bend on their intentions for this project, and I like that.”

Backstage has helped her jump back in.
“The way that the industry is changing has inspired me to keep going. And social media and Skype and video auditions make things easier. I was always a bit too busy, [and] I missed it as a creative outlet.”

Every day holds opportunity.
“Do something to further your career every day, even if it’s just one small thing. Take some photos, film something, send an email, create a reel, take a meeting, promote yourself on social media. Just keep plugging away.”

Her ‘I’ll Be Around’ role is more than meets the eye.
“I’m a die-hard punk rock chick named Rita [in the film]. In the description, [she’s] a scratchy-voiced, aggressively enthusiastic rocker chick à la P.J. Soles in ‘Rock ‘n’ Roll High School.’ I like edgier roles that showcase more of what is inside of me because on the surface, I look fairly clean cut.”

Backstage has allowed her to get a bit more selective.
“I have been continuously updating my photos and adding reels and clips. I like that Backstage screens the projects and that it has so much variety in projects. It’s all about the project—I’m getting pickier!”

Casey Mink
Casey Mink is the senior staff writer at Backstage. When she's not writing about television, film, or theater, she is definitely somewhere watching it.
END_OF_DOCUMENT_TOKEN_TO_BE_REPLACED