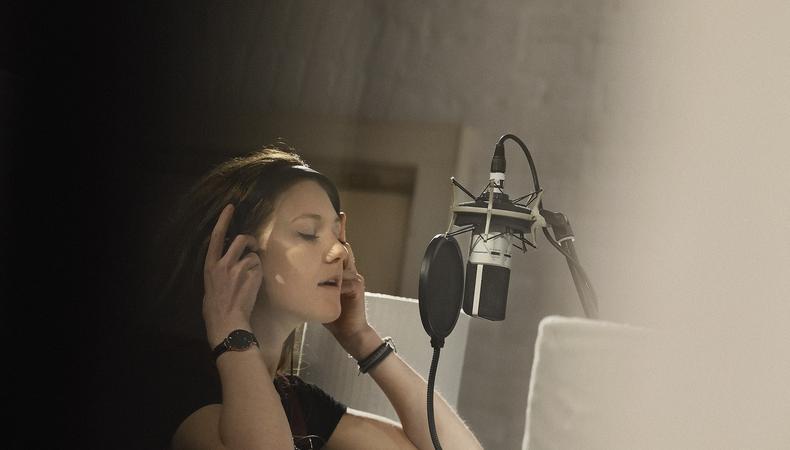 Backstage staff members and five professionals from the entertainment industry served on the judging panel to determine who would walk away with the grand and runner-up prizes.

The Sound Stories panel listened to 55 team submissions this year, featuring hundreds of participating actors and creators. Judges picked one winner and two runners-up. Let’s have a round of applause for our winning submissions!

Theresa Coleman won first place with her project “Stigma,” about an argument between two siblings. The theme for the piece was “Nothing ever stays the same, but nothing changes much.” Based in Long Island, Coleman is a playwright, actor, and poet. She most recently wrote her own show, “Kiwi,” which will premiere in December. She also writes for the startup production company Silver Bonnet. Her work focuses on uniting the Black community.

As the grand prize winner, the cast and crew of “Stigma” will receive $10,000 in cash and prizes, including $1,000 from Backstage, and other amazing prizes from Tribeca Festival, Adorama Rental Company, SOVAS, Sennheiser, Neumann, and Sundance Co//ab.

Nicholas Prufer won first runner-up for “Maia Prelude.” His fantastical narrative was inspired by the theme “Another new beginning.” It follows a mother’s journey to reunite with her daughter, who has been kidnapped by a corrupt spirit. Prufer, originally from Brazil, is an international creator and founder of award-winning studio the Lunar Company. His most recent project, “Earth Eclipsed,” was selected for the 2021 Tribeca Festival.

The cast and crew of “Maia Prelude” will receive $300 from Backstage, a one-year subscription to the magazine, and more.

Kevin Price (aka Kazuto) was the second runner up for “June,” which was based on the theme “Nothing ever stays the same, but nothing changes much.” The story centers on an American private investigator who infiltrates Japan’s criminal underworld in search of a kidnapping victim. Kazuto is a creator who loves comics and games. He has experience in sound editing and manga writing.

Kazuto’s team will receive $300 from Backstage, a one-year subscription to the magazine, and more.

Congratulations to the cast and crews of the three winning projects, and to all involved in Backstage’s Sound Stories contest. Here’s to highlighting creative storytelling, imaginative thinking, and audio-making!