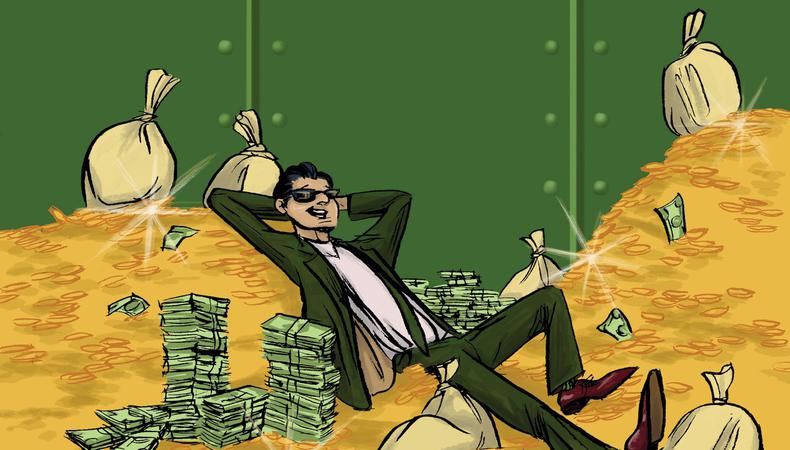 My dream is to build a machine that will melt $100 bills down into a bright green liquid I can use to replace the blood that runs through my veins.

Knowing this, you might be surprised to hear that I often encourage clients to work for less than they’re worth. And no, this isn’t something I do when I’ve been drinking heavily. It’s just part of the eternal conflict between career and commerce.

I represent an actor named Brian who has a $2,500 day-quote. He’s a known character actor with an extensive résumé. Casting directors like him so much that I don’t even have to submit him on breakdowns. I just mention his name and I get a quick yes or no.

The problem is that Brian tends to play the same type of character over and over. He has a working-class vibe that makes him very castable. But a real actor needs to be challenged. Acting muscles that aren’t used tend to atrophy and die.

That’s why I recently advised him to accept $335 a day for two days of work on an independent film that was being produced under a Modified Low Budget contract. (To qualify, the movie’s budget has to be under $700,000.) Why did I give him this questionable advice? Because the part was a hundred miles left of his typical working-class role. Brian would get the chance to stretch by playing a washed-up drag queen.

When I told him this, Brian started to giggle like a little boy. He loved the idea! And he thanked me for thinking outside the box.

You’re probably thinking this proves that agents aren’t heartless sharks who only care about money. Well, you’re wrong! Please take a moment to reread the first two paragraphs of this column.

See, by taking a step back and accepting a smaller commission, I gave one of my best clients a shot of creative adrenaline. And that energy will serve him well during pilot season, which means he has a better shot of landing a big fish and putting more money in my pocket.

On the flip side, there have been several times when I’ve advised Brian to pass on a project because the money is too low. If he’s going to accept a one-day role on a procedural playing a working-class character, they have to pay him what he’s worth. Those aren’t challenging parts for him; they’re just “paying the bills” work. So he will not and should not cut his quote.

In a perfect world, every acting job you accept should serve both masters—career and commerce—but that just isn’t practical. Bills have to be paid and you need to earn enough under union contracts to qualify for health insurance. So I think the trick here is to find balance between the two.

Cate Blanchett is an incredibly talented woman who has impressed me in a series of smaller, intelligent films like “Carol” and large, groundbreaking projects like “The Lord of the Rings” series. Now guess what? She just accepted a part in the new Thor movie.

Sometimes, even the best actors in the world just want to get paid.