Ballet Negotiation Could Be Big Deal for Dancers 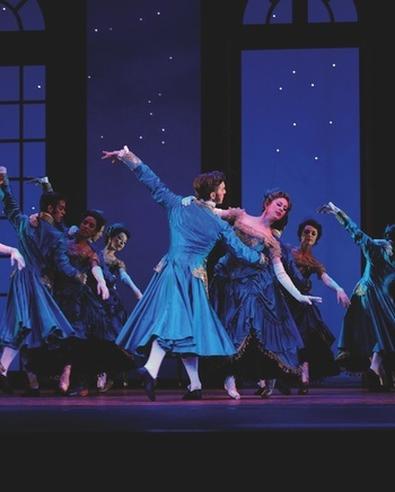 A brouhaha between the San Francisco Ballet and its dancers union could reverberate in upcoming labor negotiations around the country.

The American Guild of Musical Artists, which represents the San Francisco Ballet dancers, considers these talks—which are being conducted with a federal mediator—a touchstone for future negotiations. The sticking point between the parties is a cost-of-living increase. The ballet’s management, according to the union, wants wages frozen for at least the first year of the three-year deal on the table. The union says that’s unacceptable, given how expensive San Francisco is to live in.

“We’re going to take the position every place that when the singers are the product or the dancers are the product they deserve better than anyone else,” said Alan Gordon, national executive director of AGMA. “We don’t want you to give less to anybody, but we don’t care what you give them because we want more.”

The norm in the ballet world has been for orchestra musicians to receive better compensation terms than performers. Often the musicians work less too. In San Francisco, the company’s some 70 dancers work 42 weeks a year, compared with 20 for the musicians, according to the union.
Gordon said that has to change.

The ballet, according to Gordon, has taken the position that “we’ll do for you what we’ll do for the orchestra.”

“We don’t care what you did for the orchestra. The orchestra’s irrelevant; they could be replaced tomorrow by a computer or a record. We’re entitled to more because we are the product,” he said.

Gordon insisted the tension with management—rare in the ballet world—doesn’t have to do with money. “We see it in terms of showing some respect for the dancers,” he said. “We want some demonstrable evidence that the company is willing to treat the dancers better than everybody else.”
A spokeswoman for the San Francisco Ballet would not comment on “the nature of the discussions, especially now that a mediator is coming on board.”
Management issued a statement regarding the impasse.

“We honor the dancers’ right to union representation, and our history with AGMA is long and mutually respectful,” Glenn McCoy, executive director of the San Francisco Ballet, told Backstage. “We welcome a mediation with AGMA and are finalizing some mutually agreeable times in September to continue talks.”

The parties started negotiating last March and have had about 17 sessions but have been unable to finalize a deal. “The dancers are already having a hard time affording to live in the city,” said Nora Heiber, national dance executive for AGMA, noting a studio apartment near the theater rents for around $2,000 a month. “We have the best dancers in the world, and they should be able to afford a decent lifestyle.”

For now, the Federal Mediation and Conciliation Service has appointed Joel Schaffer as a mediator. Talks are set to resume Sept. 19–20, with the union eyeing the ballet’s Oct. 13 trip to New York City as a deadline.

“It’s a national issue,” said Heiber. “This is the situation with all our dance companies.”