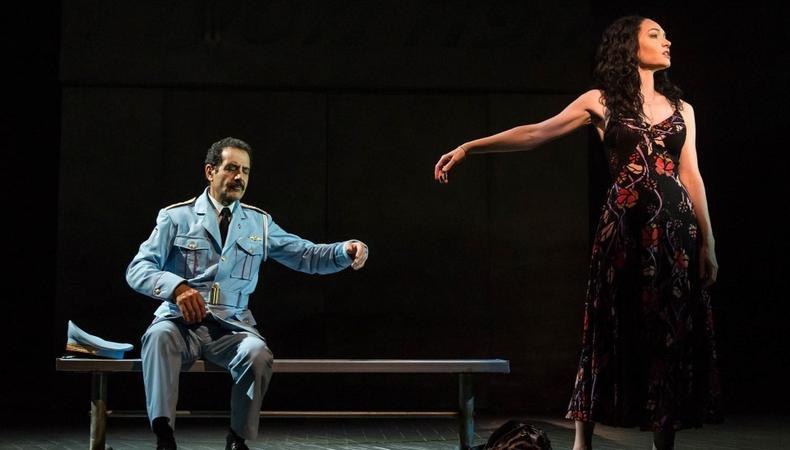 “The Band’s Visit,” “Angels in America,” and “Harry Potter and the Cursed Child” emerged big winners at the 72nd Tony Awards, a celebration of Broadway’s best that would have made Antoinette Perry, the theater awards’ namesake, proud.

Among the evening’s musical performances were the shooting survivors of Marjory Stoneman Douglas High School in Parkland, Florida, after a tribute to the school’s drama teacher Melody Herzfeld, this year’s recipient of the 2018 Excellence in Theatre Education Award. Nominated musicals “Mean Girls,” “SpongeBob SquarePants,” “Carousel,” “My Fair Lady” and more also performed showstopping numbers, including best musical revival: Lynn Ahrens and Stephen Flaherty’s “Once on This Island.”

Winners used their speeches to speak about the current political climate and representation in the arts, sometimes offering actorly advice. Featured actress in a musical winner Lindsay Mendez of “Carousel” said she was proud “to be a part of a community that celebrates diversity and individuality. To all of you artists out there, just be your true self and the world will take note.”

Stachel announced that in the wake of 9/11, he avoided his Middle Eastern heritage; embracing his identity was a key factor in earning his role in “The Band’s Visit,” a show bridging the divide between historically clashing cultures. “I want any kid who is watching to know that your biggest obstacle may turn into your purpose.”

Receiving special distinctions this year were Regional Tony Winner La MaMa E.T.C. of NYC, Lifetime Achievement in the Theatre recipients Chita Rivera and Andrew Lloyd Webber, Isabelle Stevenson Tony Award recipient Nick Scandalios, and special Tony honorees Sara Krulwich, Bessie Nelson, and the Ernest Winzer Cleaners. John Leguizamo, recipient of another special Tony Award this year, summed up one of the evening’s messages nicely: “Theater teaches you how to understand other people, how to feel empathy for people who are not like us.”

Jack Smart
Jack Smart is the awards editor at Backstage, where he covers all things Emmy, SAG, Oscar, and Tony Awards. He also produces and hosts Backstage’s awards podcast “In the Envelope” and has interviewed some of the biggest stars of stage and screen.
END_OF_DOCUMENT_TOKEN_TO_BE_REPLACED