How To Become a CD 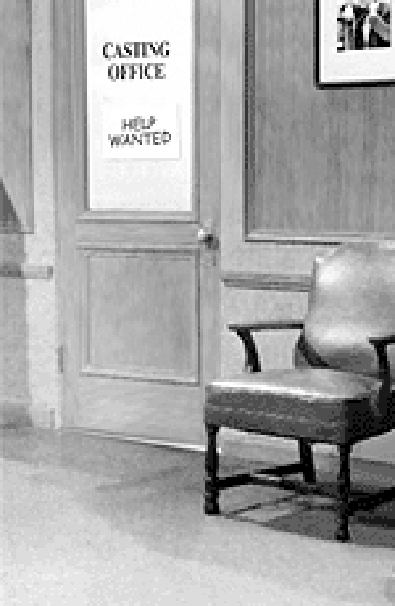 Each week I ask readers to e-mail their suggestions for future Casting Qs. Recently I've received a number of requests asking how one becomes a casting director. Well, there is no one way in, but I got plenty of advice from theatre, film, television, and commercial casting directors, who revealed a range of experiences they've had entering the business.

The best, though not necessarily only, route in is through an internship. The time spent interning is valuable and exhausting, according to most casting directors. Judy Belshe earned $30 her first year as an intern. Nevertheless, she insisted, "There is no better training you can get."

"The hardest part is getting that first job as an assistant," said Jan Glazer, CSA.

A former actor, Elisa Goodman, CSA, recalled observing other actors in her classes. "I remember thinking, This one will never work, and, This one is interesting." Goodman started auditioning for Equity Waiver plays in L.A. and felt frustration over the lack of organization during the audition process. "I wrote a letter to [several theatres] and offered my services as a casting director. They jumped at the opportunity," Goodman said.

Several casting directors likened the experience of interning in a casting office to attending casting college. Said Sarah Halley Finn, CSA, "People look at that [interning] time and think, Oh, she's not getting paid. Well, you're also not paid to get a master's degree in what you want to do. Maybe someday there will be a course in how to become a casting director, and they'll cover how to do a commercial, how to handle pilot season, how to cast a film, how to release a breakdown, how to run a session, how to negotiate a deal. But until then, the way to learn is to get a job as an intern."

Interns and assistants generally answer phones, open and sort submissions, sign in actors at sessions, provide sides, answer questions, run cameras during sessions, and run errands. More than that, interns learn. "It really is graduate school," explained Cathy Reinking. "I gave up a high-paying job to do it. You know after one week if you're cut out for casting."

Stephen Snyder recalled opening envelopes at first during his three months as an intern, then eventually running the camera during sessions and working on deals. "It was a very quick rise through the ranks, which is unusual," he said.

"You learn firsthand how a specific office operates while you familiarize yourself with agencies, actors' names, different types of scripts, and--most important--how to deal with heavy phone and submission loads," explained Dean Fronk, CSA.

"When someone is looking for a job as a casting assistant, they should send their resume to both CSA and Breakdown Services," said Mark Paladini, CSA.

Julie Ashton recommended a more proactive approach: "You have to go for it. Call casting directors and ask, 'Can I take you to lunch?' It's a competitive field and you need to be able to aggressively pursue it."

Goodman recommended the internship program offered by the Television Academy. "They screen applicants about why they would want to [intern]."

Said Peter Golden, CSA, "The tricky part is finding a casting director who is generous enough to let you grow as you learn more. You need to spend time in sessions, talk with producers. A good mentor will know when this is appropriate."

"I think the time you spend as an assistant and an associate is incredibly important," said Randi Hiller, CSA. "You need to have such a database of actors whom you can rely on. That database takes a long time to assemble, and then you still don't connect until you've met each actor and you know their work."

CDs agreed that required skills for a career in casting include: promptness; great attitude; stamina; willingness to serve; commitment; trainability; calm demeanor; ability to multitask; tendency to be both left- and right-brained; intuitiveness; openness; good handwriting; passion for sessions; willingness to work long hours (12 or more a day); willingness to attend theatre and screenings after work; excellent memory; patience for the grunt work; ability to handle very heavy phones; confidence; good sense of humor; organizational skills; great taste; negotiating skills; ability to leave your ego at the door; love for reading stacks of scripts; people skills; ability to think clearly in chaotic situations; motivation; ability to develop relationships in the industry; enthusiasm; vision; creativity; love for actors; great eyes and ears for what is going on; respect for the process; team spirit; strong opinions, and a love for coffee ("Coffee is the only constant," said Billy DaMota, CSA).

The title of associate casting director is one that comes with more experience and responsibility than an assistant has--but without the full responsibility of the project's main casting director. "Some people give away that credit pretty freely," noted Hiller. "I never got it very freely. When I was an associate, I was negotiating deals and holding sessions with the director on my own."

Associates sometimes work on their own projects under the supervision of the casting director, according to Goodman. "They may make baby deals (Scale +10 percent), preread actors, make lists, check quotes, speak with producers and directors, sit in on the sessions, read with actors, and scout for specific roles--especially children," she detailed.

Reinking's training as a theatre director aided her rise to associate. "It took me a couple of years. You need to find somebody who is willing to give you a big break."

Terry Berland described elements specific to becoming a commercial casting director. "You have to learn all the elements: choosing talent, setting up sessions, protecting a client from fines and overages beyond their budget. You are only as good as your last job, and you have to come up with fresh new ideas for your clients," she said.

According to Golden, a future casting director moves up through the ranks by seeing everything. "Watch one episode of every show, attend as much theatre as you can--Broadway, London, Waiver theatre in L.A.--see every movie. You must get to know actors and their work," Golden insisted.

"A good casting director has a well-defined personal list of favorite actors and their credits and abilities. Your list becomes vital to you as a casting individual," said Linda Phillips-Palo, CSA.

Marnie Saitta suggested taking an acting class. "Casting directors should study acting, get up in front of people, know what it is that actors are going through. It helps casting directors to be in tune with what the actors need to do and helps us speak their language," she explained.

Being a Casting Director

An average day at the beginning of a feature film, according to Goodman, entails phone calls, prereads, opening mail, putting actors on tape, setting up sessions. "During downtime it would be cleaning, throwing out old headshots, date-stamping headshots to save, alphabetizing headshots so that we can find them in a hurry," she listed.

The Rewards of Casting

As a former actor, Snyder summed up the joy of casting in terms of the actor's experience. "Instead of doing one individual role per project as a performer who creates and explores the role, a casting director gets to help breathe life into 12 to 50 characters per project," he mused.

"Casting has everything to do with meeting and knowing and accepting people. It's all about communication," said Brien Scott.

"What's so wonderful about casting," said Finn, "is that it combines so many elements of our industry: acting, directing, budgeting, negotiating, managing--all the business parts of it."

"The rewards are emotional," concluded Teschner. "The reason we all do this is because we enjoy the feeling that we have found someone the world now enjoys in the role." BSW

Casting Qs is a weekly column by Bonnie Gillespie focusing on the casting directors behind the projects. Suggestions for Qs are welcome via e-mail at [email protected]