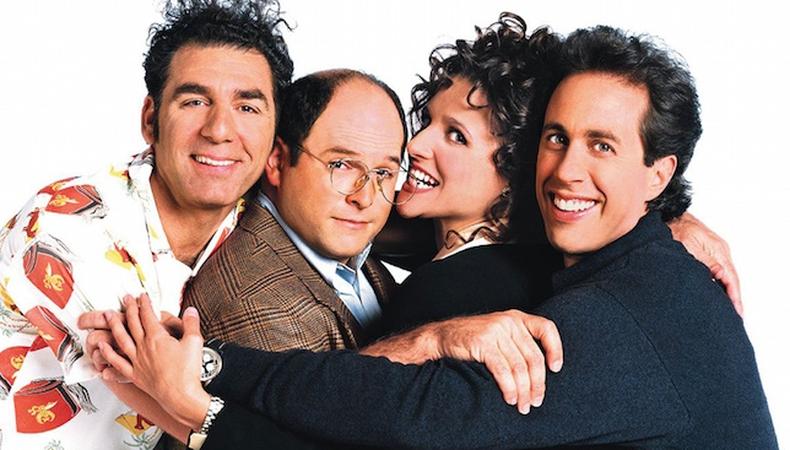 Six-time Emmy-nominated comedian Keegan-Michael Key gave this advice to wannabe comedy actors at a SAG Foundation panel: “Observe human behavior, because that’s where you’re gonna find truth,” he said. “You find the truth in other humans and how they react in situations. That’s my big thing. Observe how other humans behave in situations as opposed to how you do, and literally just start cataloging it.” Meticulous observation is part and parcel to good comedy, as the success of a joke often lies in its specificity. To help guide you in the search for what the funny is made of, we’ve rounded up some of the best tips given to Backstage readers from the funniest of experts!

Mine your life for inspiration.
The creators of Amazon’s “Catastrophe” echo Key’s sentiment; when Sharon Horgan and her co-writer and co-star Rob Delaney sat down to write their sleeper hit, they looked to the issues in their own lives as parents and spouses. “We would talk about difficulties that have sprung up in both our relationships and families and see how we can turn those into situations that you can wrap a sitcom episode around,” Horgan told Backstage. So keep your eyes peeled for funny moments in your day to day!

Expand your definition of comedy.
You should already know what makes you laugh, but always be open to new ideas of what can tickle your funny bone. When Backstage spoke with the creators of “Broad City,” Abbi Jacobson and Ilana Glazer, they recalled what it was like coming into the Upright Citizens Brigade in New York City, and having comedic boundaries stretched. “You grow up thinking that ‘SNL’ is what comedy is,” Glazer told Backstage, “and then if you come to the [improv] scene, you see there are a lot of different branches off of it.... If you dive into it, there are rungs there to climb.”

Get the training.
Figuring out how to make what you find funny translate to a wider audience is a task that should not be taken lightly. Invest your time and energy into learning how to properly construct and deliver your jokes. West Coast actors, check out these nine places to study comedy in Los Angeles to get yourself started. East Coast, read up on UCB and then see what else is out there.

Know that it’s about more than just timing.
Casting director and Backstage Contributing Editor Marci Liroff emphasizes that comedy takes commitment. “Being a comedian is a full-time job,” she wrote in one of her columns. “Working on your comedy ‘chops,’ especially being a stand-up comedian, never stops…. You must draw material from your everyday life, which means you have to actually have an interesting and rich life. Or you have to have a specific twist on your perspective on life that people can relate to and find humorous. For some, this is an innate talent—or they make it look that way. For most comedians and actors, along with the rest of us mere mortals, you can’t just wave a wand over your head and become a comedian. Learning your craft and growing is a lifelong job.”

Find the emotional core.
“If you just string a bunch of jokes together, it can get tired. You want to engage people emotionally and then the jokes come naturally,” Paul Feig told us in 2013. “The minute you lose an audience is when they go, ‘Come on, why would they do that?’ ” he added about the importance of believability in a scene or joke. “I like coming up with absurd, crazy things that someone would do and figuring out how to make it happen. If you can hit those two, it’s comedy Nirvana.”

Know how and when to rein it in.
You might have heard of Greg Poehler’s sister—she’s kind of a big deal in the comedy world. So when Poehler was working on his show “Welcome to Sweden” and his big sis Amy offered up some valuable advice, he took it: “Underplay every scene,” she advised him. Often, comedians are tempted to go big or go home, which can work on certain shows with a certain tone, but some jokes benefit from subtleties. Know the difference and when to utilize your “underplaying” skills.

Get yourself out there and practice.
Timing, delivery, and character development don’t come without practice. At first, you probably won’t get booked for those top-tier jobs you’re dreaming of, but practing your craft and pursuing what makes you happy as an artist often opens doors to bigger opportunities. Before Scott Aukerman founded the Earwolf Podcast Network, the actor jumped on the airwaves with a DJ friend to practice some bits for the hell of it. “I decided to do something for fun and for no money just because I wanted to scratch that itch of being a performer, and that was what made everything snowball into what I’m doing now.”

Want more advice for pursuing a career in comedy? Learn how to refine your comic persona!

Briana Rodriguez
Briana is the Editor-in-Chief at Backstage. She oversees editorial operations and covers all things film and television. She's interested in stories about the creative process as experienced by women, people of color, and other marginalized communities. You can find her on Twitter @brirodriguez and on Instagram @thebrianarodriguez
END_OF_DOCUMENT_TOKEN_TO_BE_REPLACED