How to Become Your Film Editor’s Best Friend 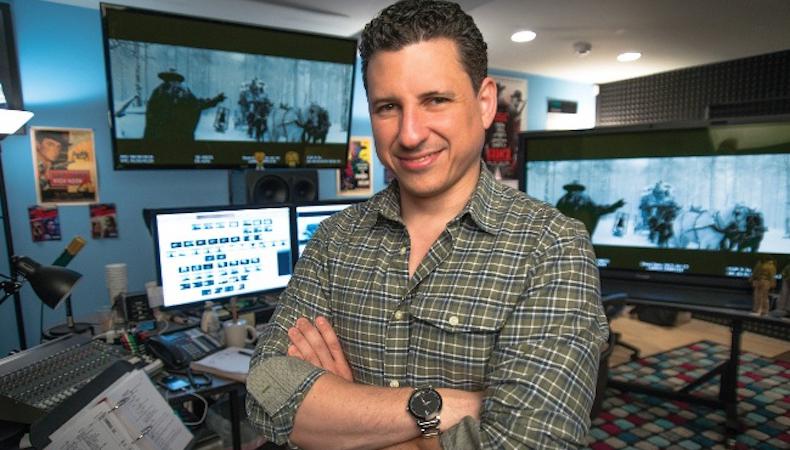 Fred Raskin has been film editor on some of the decade’s biggest films, including both volumes of “Guardians of the Galaxy,” and Quentin Tarantino’s “Django Unchained” and “The Hateful Eight.” Here’s what he looks for in an actor.

Raskin is drawn to ‘Guardians’ because of its ensemble.
“If [writer-director] James [Gunn] wanted to do a movie that was just the guys sitting around the ship talking, I would be on board. That stuff is frequently the most malleable. During the shooting of a scene, [Gunn] will often come up with new lines for them to say, so while the action sequences are rigidly preplanned, the dialogue sequences allow us options. It’s just a whole lot of fun to explore how these characters interact, especially when we can use reaction shots for Rocket or Groot, which don’t actually exist in any form in the footage with which we’re working. In some ways, it makes it more challenging, as our options with regard to those characters is fairly limitless. But for the same reason, it means there’s always a solution to be found.”

READ: Chris Pratt Shows How to Nail a Screen Test

Sometimes he lets the footage speak for itself.
“Regardless of the director, the footage tends to dictate how the movie is going to be cut. You’re not likely to take a bunch of locked-off wide shots and create a flash-cut-y music video–style sequence out of them. I’ve been very fortunate to have worked with a number of filmmakers who’ve had very specific visions. They knew what they wanted for each sequence in the film, and they shot each set-up specifically to achieve that goal. With this type of director, it’s very rare that I’ll see a shot and not understand how it’s supposed to work into the scene.”

Consistent actors are an editor’s best friend.
“Actors who are consistent across their coverage are always going to be my favorites. This is not to say that I hate seeing actors try different things, but I want the actor to be aware that he or she did a couple of different things over the course of multiple takes of the wide shot, and to replicate those things when doing the tighter coverage…if it works better for the construction of the scene. I don’t place the entirety of the responsibility on the actor there—the director and the script supervisor are also key players in this—but I find that the best actors (or at least, the ones I most enjoy editing) tend to have an innate awareness of this.”

READ: 6 Ways to Be Consistently Great on Camera

Young film editors should be consuming others’ work.
“Watch everything you possibly can and cut everything you can get your hands on. When I was in film school and I decided I wanted to pursue editing, I told all of my friends that if they wanted someone to cut their short films, I was their guy. You learn a lot more cutting other people’s footage than you do cutting something you directed yourself, as it forces you to figure out what the filmmakers’ intentions were when they were planning and shooting. As for actually finding work, it’s really all about meeting as many people in post-production as you can and getting your résumé out there. You just never know when a project is going to be looking for an assistant editor, and the more fresh you are in people’s minds, the more likely you are to be put up for the job.”

And Raskin has some advice for all creatives wanting to make a living in Hollywood.
“I have three fairly standard pieces of advice that I generally give. No. 1: Watch a whole lot of movies. You’re going to be meeting with people who love movies and have made them the focus of their careers, and if you can talk with them about the thing they’re most passionate about, they’re likely to remember you. No. 2: Be personable. Ultimately, this job entails you and a director spending long hours in a room together. If you can’t engage each other in conversation and have an easy rapport, I can’t imagine it being a particularly pleasant working environment. No. 3: If you’re interviewing on a project, make an effort to familiarize yourself with the filmmaker’s prior work. It displays a clear interest in the project at hand—you want the job enough to explore what the director’s all about—and it will give you a specific topic of discussion during your interview (‘How did you shoot this scene?’) to show off your own passion for the craft and relate it to the work of the filmmaker with whom you’re meeting. It’s worked for me so far, anyway.”

Want to be a film editor’s dream actor? Check out our film audition listings!

Benjamin Lindsay
Benjamin Lindsay is managing editor at Backstage, where if you’re reading it in our magazine, he’s written or edited it first. He’s also producer and host of a number of our digital interview series, including our inaugural on-camera segment, Backstage Live.
END_OF_DOCUMENT_TOKEN_TO_BE_REPLACED