How You Can Become a Voice Teacher 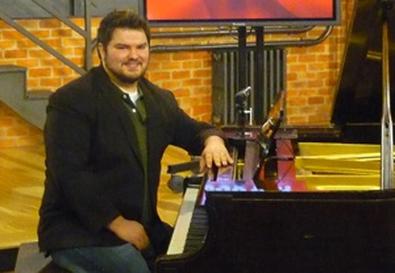 The professional life of a performer can be feast or famine. Even the most gifted can have downtime between gigs. Working as a voice teacher can be a good way to keep your finances stable when you're not performing, but many singers don't know how to get started.

Daniel Hayes is a voice teacher in the Sacramento, Calif., area who, in a brief few years, has built up his practice to encompass two locations, five teachers, and nearly 300 students. (His studio's website is at www.thevoicetrainingstudio.com.) One of the great surprises of teaching is how much it can benefit the instructor—beyond the extra income.

"The awareness and interaction with the community is a huge benefit," says Hayes. "I've actually gotten a number of gigs from being known as a teacher. Also, when you teach, you learn more about your voice than even getting lessons yourself. Teaching has improved my own voice tremendously."

Go Your Own Way?

So how do you get started? One way is to work at an already established studio. Whether this is a good choice for you depends on how involved you want to be. "If you're not interested in doing much marketing or dealing with billing, then finding a studio locally is always an option," Hayes says. But there are also downsides to this approach: "Just know that when you leave, the students will remain with the studio. You'll also be paid a lower wage than if you build your own clientele."

If you decide to go out on your own, first you'll need someplace to teach. Renting studio space commercially is not always feasible when you're starting out, but that shouldn't be a problem if you present yourself correctly, Hayes says. "I got started in a one-bedroom apartment. I was able to build my studio from there because of how I presented myself and my background."

He calls it "the nice-front-lobby concept": "Everything from the fliers to the phone calls to the cleanliness of the teaching area should be professional and above expectation. You don't have to do much; just what you do should be executed well."

You don't need to stock your studio with a large amount of equipment, but Hayes does offer a basic list. "You need a keyboard, preferably with weighted keys," he says, "a microphone hooked to a small P.A. or speakers, and a way to play MP3s and CDs."

He suggests that recording each lesson for the student—on a CD or a portable USB drive—can be a unique selling point. "That helped spark big word of mouth," he says. "They can not only practice with it, but they also have something to show grandma. Parents really like that."

When starting a studio, you probably won't have room in your budget for expensive advertising. Hayes has some economical ways to raise your profile and get clients quickly. "Working with the local community, getting involved with a local songwriting association, offering to do workshops for church choirs," he suggests. "Do free workshops at bookstores. You can even partner with a local guitar teacher or recording studio. Let them know that if your singers need their services, you would be happy to refer them. You get a lot of referrals that way."

Keeping students coming back is key to a successful studio, and Hayes thinks performance opportunities are the best way to accomplish this. "Nobody wants to practice for soccer and never have a game," he points out. "You can host open-mic nights at a local coffee shop. This can create further networking opportunities as well." He suggests doing this at least once every two months: "People, especially kids, will have a hard time staying with their lessons if they don't have some kind of opportunity to perform."

The first lesson is crucial, and Hayes has very specific guidelines for it. "First thing we do is get a past, present, and future profile of the student," he says. "We want to know where they came from, where they're at, and where they want to go."

He then focuses on what specifically the student would like to improve about his or her voice. "We build the first lesson plan around this, so that by the end of the session they feel those issues have been addressed in some way. What you don't want is for the student to get a bunch of random exercises that do not address what they wanted to fix."

Beginning teachers are often unsure about how much to charge. Hayes suggests calling around to see what other teachers in your area are asking, then setting your prices a bit higher than the average. "If you charge too little, people will not take you seriously," he explains. "If someone is looking for a good voice coach, they're usually willing to pay a little extra."

Finally, Hayes offers the one piece of advice he believes is the most important: "Always answer your phone—always. The reason is that a lot of people who are looking for lessons just call different studios until they get someone on the phone. If you miss the call, someone else will capture that student." He says he built his business by answering his phone, even late at night. "I answered my phone at midnight once and really surprised the caller. He's been a student for two years now."