Being a Good Actor Can Make You a Good Director 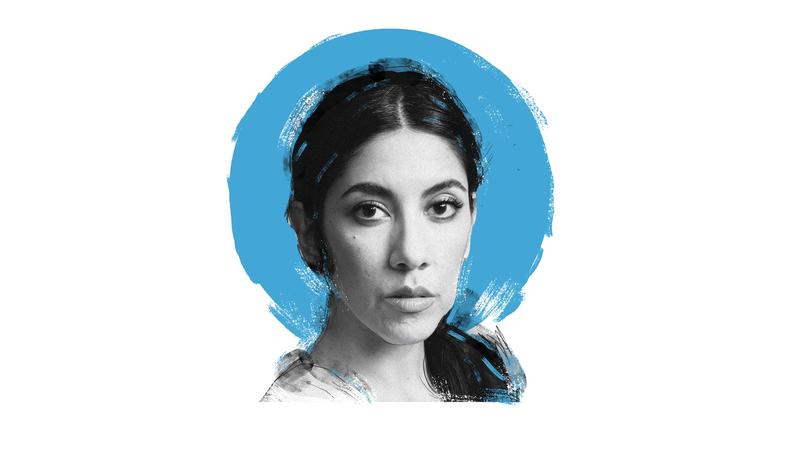 Before being cast as the tough, mysterious Detective Rosa Diaz on Fox-turned-NBC’s “Brooklyn Nine-Nine,” Stephanie Beatriz acted extensively onstage, performing in everything from Shakespeare to children’s theater. It’s a heft she brings with her to the hit workplace comedy, now in its sixth season. Its 2013 premiere marked Beatriz’s first lead role on television, and in 2019 comes another milestone: her directorial debut. The episode, titled “He Said, She Said,” aired Feb. 28 and centered around a #MeToo-themed storyline.

As an actor, what was the roller coaster of the Fox cancellation and NBC pickup of “Brooklyn Nine-Nine” like? For the fans, it’s a beloved show, but for you, it’s also a job.
I have a theatrical background; most of the work I did until “Brooklyn” was theater. Working in theater, you know the job is going to end. You rehearse for two months, then you run for a month. If you’re lucky, you get a job somewhere like the Shakespeare Festival in Oregon where you work for six or seven months. If you’re really lucky, you get a Broadway show, and even those don’t run forever. My theater brain kicked in and was like, “Let’s get ready, what’s the next thing? Get your agents and manager on the phone and start thinking about the future.” First and foremost, you’re a storyteller, so what’s the next story you’re going to tell?

You often think of theater training in how it prepares you artistically, but it also prepares you to embrace endings, too.
At least for me, in theater, I learned to not take anything for granted because there’s a finite end to the show. It’s really true in every job; there’s no job that lasts forever in our world. For a lot of people, the cancelation of “Brooklyn” was unexpected. I think that’s why fans were so shocked and vocal about it. Especially these big fans: Mark Hamill tweeting about the show you’re on. Guillermo Del Toro—I got so starstruck. He’s one of my favorite artists of all time and here he is talking about how the story shouldn’t end and there’s more to tell. That was definitely unexpected and so moving that our work had been hitting people in these really warm and fuzzy places.

Was there an added pressure to directing your own episode this season?
I don’t think of it as pressure. I guess my brain could start running and think I have to live up to something, but the thing about “Brooklyn” is that it created itself as it went along. There were storylines set up in the beginning that, as we grew as a show, we realized didn’t serve us anymore so we left them behind. And that’s one of the things that people responded to with our show: It is always changing. Ours isn’t a show that’s like, “Oh, we’re a sitcom so we have to do X, Y, and Z every single time.” If that were true, then the Rosa coming out story never would’ve happened. But that isn’t true of our show. I absolutely felt pressure in that I want to do a good job for my castmates and my crew because they’re some of the most important people in my life and I didn’t want to let them down. I was trying something new: For the first time in my life I was going to direct an episode of television. Internally, I felt an immense amount of pressure to create a work environment that they all wanted to be in and to stay on task and stay on time. But I also felt extremely supported and I felt really excited.

I’ve been working for a while now, and the number of female women of color directors that I’ve had has not been enough. To step forward and say, “This is something I want to try and see if I can do,” was terrifying but also really exciting because I felt like, “OK there are women who have come before you who fought really hard and long to stand here in the place where you’re standing right now with a headset on telling people what to do.” Any time I started getting in my head, I thought of all those people who had fought for me to be there, including the people who allowed me to do it on my show, people like [“Brooklyn” co-creator] Dan Goor, who believed yes, I was ready. It’s amazing what gratitude can do. It can drown out any of your bullshit. [Laughs] The minute you start being grateful for shit, your garbage brain shuts up and the gratitude becomes allowed to stay in.

READ: How to Transition From Acting on TV to Directing TV

Is there anything you learned from your acting career that you took into directing?
Especially as a young actor, I would buck against this feeling where you know a director is thinking about this giant big picture and they can sometimes overlook the actors. We’ve all been in a point like that, where the mechanism is so big and the vision is so large that sometimes it feels like the acting can get lost inside of it. That was something I paid attention to my whole career. To me, the best directors are the ones who strike a really good balance between their larger vision that I as an actor don’t have the foresight to see and their ability to speak to actors and respect their craft.

I directed our episode that’s about #MeToo. The script really focuses on Melissa Fumero’s character, Amy, and watching her work that week, especially in scenes that were difficult to act, I was so astounded and amazed and I was really grateful that I was at the head of the ship and was allowing her to work in the space she needed to work. What actors do is not always easy, and sometimes you’re having to mine from your imagination plus your own experience in life. That isn’t always a comfortable place to live. Because I know what that’s like, I’m hopeful I was able to create an environment for her where she and Andy felt really comfortable and safe trying everything they wanted to try.

What advice would you give your younger self?
I certainly wouldn’t change anything. I would say, “Try and stay in the moment as much as possible.” Sometimes, all of us are [asking], “What else could I be doing? Should I be doing X, Y, or Z to be better right now?”

How do you keep yourself from burning out?
One of the things I’m trying to do is really engage with other people’s art. If you want to add art to the world, are you also consuming other people’s art? Are you watching the work you also want to take part in? Are you traveling? Are you having these moments of life where you get filled up by living? All we’re doing as artists, we’re just holding a mirror up to nature. If you’re not actually living life, how clear are you going to be when you’re trying to tell stories yourself? Burnout happens when you don’t engage with other people’s art and you forget why you’re even doing it in the first place.

What piece of art would you recommend to another actor?
Right now I’m watching the new season of “True Detective,” which I think is really brilliant. Detective stories have been, for me, a touchstone since beginning “Brooklyn Nine-Nine”—Mahershala Ali is brilliant and his work is so simple. For a film I did a few years back, I listened to Broods’ last album while shooting.

What has playing Detective Diaz added to your acting skills?
I think my comedic timing is better. I’m around these geniuses. Their improv skills and their timing and physical comedy—I’m thinking particularly of Andy Samberg, Chelsea Peretti, and Joe Lo Truglio…. There’s other stuff that I learned that I didn’t know that I needed. Terry Crews is an incredible example of someone who creates the energy he wants to live in. He is 100 percent the most positive person in the room at any time, but that doesn’t mean he’s not honest or real. Then there’s Andre Braugher, who taught me to slow down. A lot of times in television it’s “go, go, go, go.” Andre will slow down and ask questions, and as a younger actor—I’m thinking back to when I was doing a lot of theater—I would get frustrated with actors like that. I see now that was impatience, and sometimes that impatience might have showed in my work.

What was your first headshot like?
It was back in the black-and-white days, remember that? It was on film. You didn’t get color headshots. [I wore] a vintage lace shirt. I was leaning on a counter, looking over my shoulder. It was right when I’d finally figured out how to wear my hair correctly. I have curly, wavy hair; my whole life, people had been trying to straighten it, and I finally figured out how to wear it curly. I looked like I was telegraphing “Cast me as Juliet.” And I did get cast as Juliet from that headshot, so I guess it worked! That’s how I got my union card. I did a Theatreworks USA tour of “Romeo and Juliet.”