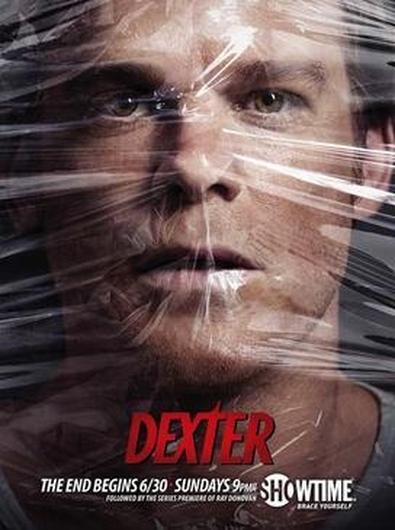 Walter White, “Breaking Bad”
By the end of the “Breaking Bad” series, Walter White had everyone wondering just how low he’d stoop to build his drug empire. The chemistry-teacher-turned-kingpin resorted to murder, manipulation, blackmail, and not to mention dealing crystal meth, all to build a support for his “family.” The meek Walter White transformed so convincingly into the ruthless Heisenberg, and eventually we all understood why—it was the only thing he was ever great at. “Breaking Bad” has been praised as of the best shows to ever grace our screens catapulting stars Bryan Cranston (currently on Broadway as Lyndon B. Johnson in “All The Way”) and Aaron Paul to fame.

Skyler White, “Breaking Bad"
Skyler was one of the only people to stand up to Walter and live to tell the tale. At times frigid and downright horrible (Ted Beneke, anyone?), her character kept her resolved until the end. Despite realizing she was essentially trapped in an illegal situation, Skyler did her best to keep her children out of it, and cover Walter’s tracks for their sake. At the end of the day, you can’t help but see what a terrible predicament this woman was really in, but during the show’s run, actor Anna Gunn received huge backlash for playing the character, even getting death threats. She addressed the hatred for the female anti-hero in an Op-Ed for The New York Times.

Hannah Horvath, “Girls”
No one could ever accuse Hannah of holding back. Played by Lena Dunham, many find her character annoying, unnecessarily nude, childish, self-centered, and generally unpleasant. But it’s part of the charm of the anti-hero. Despite their unflattering qualities we still root for them in the end because no matter what night of the week it is, Hannah is not afraid to piss you off.

Patrick Bateman, “American Psycho”
Christian Bale is amazing as the OCD, king of narcissism-murderer Patrick Bateman. It takes great skill to bring humor to such a dark role, make audience members laugh before immediately feeling uncomfortable about it. The scene where he hacks a drunk Jared Leto to death with an axe to “Hip to Be Square” after moonwalking into the room wearing a raincoat is still hilarious... and I still feel bad about thinking so. Don Draper, “Mad Men”
The character of Don Draper, played by Jon Hamm, has kept us entertained for five seasons. We should enjoy his cheating, self-absorbed ways while we can, for the final season of “Mad Men” is upon us. The man smokes like a chimney, drinks like a fish, and beds more women than we can count, but damn is he fun to watch. Nicholas Brody, “Homeland”
First Carrie thinks she's losing her mind for suspecting Nicholas Brody's a terrorist. We don't know what to think. Then we find out that he’s working with terrorist forces. Then we find out he only did it because he’s been brainwashed by said terrorist forces. But on top of that, he cheats on his wife, neglects his kids, and is an overall unsavory man. Yet, despite it all, we feel bad for him, considering he spent all those years in captivity. Plus Damian Lewis is so good at playing the tortured soul...

Enoch “Nucky” Thompson, “Boardwalk Empire”
“First rule of politics: never let the truth get in the way of a good story.” The boss of Prohibition-era Atlantic City, Nucky Thompson, played by Steve Buscemi, is both the the town’s treasurer and top gangster. His specialties include bootlegging, murder, voter fraud, and countless other crimes. Most of us still root for him regardless.

Omar Little, “The Wire”
Much like another one of our anti-heros (ahem, we're looking at you, Dexter), Omar Little on “The Wire” has his own strict moral code that he follows while he’s running loose on the streets, terrifying people with his whistling. An interesting fact about Omar? He doesn't curse. Strange for a thug. Tony Soprano, “The Sopranos”
The man who reignited the anti-hero trend himself—the beloved Tony Soprano. Known for his temper and murderous ways, which he desperately tries to keep separated from his personal life, Tony Soprano was the king on screen. He can suffocate someone in their car, shoot someone to death, but always found time to feed those ducks. The character was played by the late James Gandolfini. Nancy Botwin, “Weeds”
OK, so she’s a drug dealer and a parent at the same time... we loved Walter White for it, right? I mean, he didn’t deal at his son’s soccer game like Nancy did, but who’s paying attention? Yes, she seduced, lied, and manipulated her way to the top over the series’ eight seasons, but you do what you gotta do, right? Dexter Morgan, “Dexter”
If it weren’t for the code of Harry, Dexter Morgan (Michael C. Hall) probably wouldn’t be a hero at all. It’s keeping his “dark passenger” at bay with the teachings of his adopted father that make Dexter a beloved anti-hero. Yeah, sometimes "tonight's the night" and he kills people, but really, it’s only people who deserve it, and it’s not even his fault, really. Witnessing your mother’s murder as a toddler messes with your moral compass. The Driver, “Drive”
Stomping someone’s head in in an elevator can only be forgiven if you’ve got a face like Ryan Gosling’s. The ultimate self-sacrifice, Driver gives it all up for love, resorting to crime, abuse, and ruining their first kiss by murdering someone in an elevator. Despite all the horrible things he does, we still root for him because his heart is in the right place. One of Gosling’s great performances, he proves you don’t need monologues to get your point across, as he probably has a total of seven lines in the whole film. 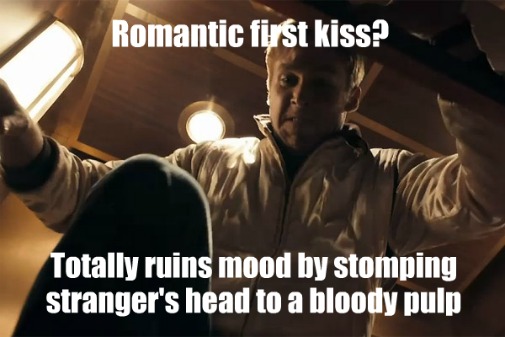 Catwoman, “Batman Returns”
It's clear Catwoman is playing “cat and mouse: with herself, not able to decide if she’d like to be a savior or help people save themselves. In one scene she stops a woman from being robbed, before chastising her for not being able to fend for herself. While Catwoman’s clearly a little off her rocker, who doesn’t love a woman taking charge of her femininity with a few lashings from her tongue and her whip?

Jackie Peyton, “Nurse Jackie”
Edie Falco plays this prescription painkiller-addicted emergency room nurse in this dark comedy. In the first episode she sexes up a pharmacist for some drugs, but it’s her desire to help her patients that keep us rooting for her. “Nurse Jackie” is back for its new season on Showtime April 13.

Francis Underwood, “House of Cards”
He’ll stop at nothing to become P.O.T.U.S., doling out death sentences for those standing in his way. This Netflix original was one of the series that put the streaming service on the map, and pushed Kevin Spacey back into the limelight. The actor is brilliant as Francis Underwood, whose scheming thoughts we wouldn’t be able to keep track of if he didn’t break the fourth wall and tell us what’s going on. With Robin Wright playing his wife and his right hand woman, there’s no halting Francis. If you haven’t already, hurry up and finish Season 2!

Briana Rodriguez
Briana is the Editor-in-Chief at Backstage. She oversees editorial operations and covers all things film and television. She's interested in stories about the creative process as experienced by women, people of color, and other marginalized communities. You can find her on Twitter @brirodriguez
END_OF_DOCUMENT_TOKEN_TO_BE_REPLACED