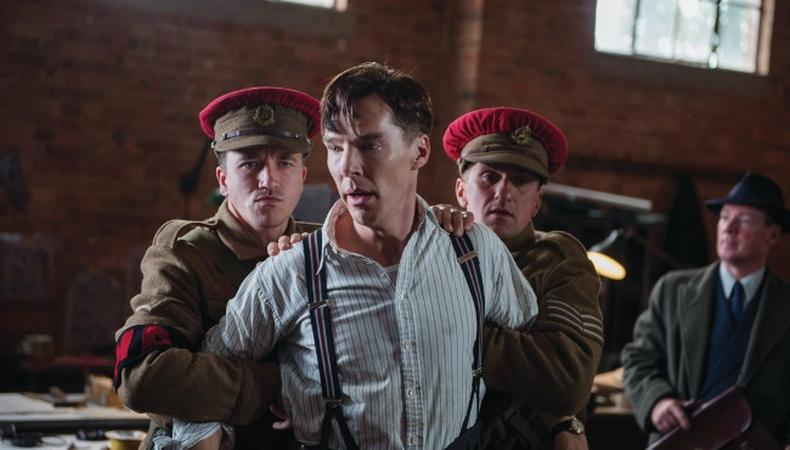 Benedict Cumberbatch doesn’t imitate so much as inhabit Alan Turing, the English mathematician–computer scientist at the center of “The Imitation Game” who was instrumental in cracking the Nazis’ seemingly unbreakable code—and significantly shortening World War II.

Despite inevitable comparisons to Cumberbatch’s best-known role as Sherlock Holmes (which the Guardian described as “cold-eyed, impatient, fast-talking, like a human iPad with a hint of Asperger’s thrown in”), there are actually few similarities in his portrayal of Turing outside of a British-accented genius. Where Sherlock is nearly robotic in his borderline sociopathic undercutting of everyone else’s intelligence, Turing’s unintentional acerbity stems from a stronger interest in theories and ideas than people. His social awkwardness is clearly seen in Cumberbatch’s body language.

“It was very much a part of his identity, his physicality,” Cumberbatch explains. “He wasn’t just an isolated mind. He had a very individual, particular way about him. Everything from the way he laughed to the way he moved and held his head, to his teeth—I had a set of teeth put in the front—his hair, his way of sitting and contemplating when he was lost in thought, when he was engaging with people... these things had very particular characteristics that I wanted to try and get right. I spent a lot of time in front of a mirror, I’d say.”

For Cumberbatch, it was a trial-and-error approach that also saw him running long distances (Turing was a marathon runner), working to nail a slight stutter, extensive researching, and speaking at length to those who knew him.

“The stutter was the most troublesome thing in the sense that people described it but couldn’t remember it in a great deal of detail; they sort of said, ‘Well, I’ll know it when I hear it,’ ” he says. “It was tricky because there wasn’t an exact detail to pin it on. The biographies are fantastic, so just going through them for an idea of what he was like in person was very helpful.”

Cumberbatch, along with director Morten Tyldum and screenwriter Graham Moore, buried himself in research. Though Turing laid the groundwork for the modern computer, he remained largely ignored by history after he was convicted for “indecency” upon the discovery of his homosexuality in the 1950s. He was chemically castrated at the hands of the British government before he took his own life at 41 by eating an apple laced with cyanide—the urban legend of how the Apple logo came to be.

“I got to know him quite well by the end of the process, to the point where the scene at the end of the film, which we shot almost at the end of my shooting schedule, was really me grieving him and what he went through,” Cumberbatch says of the scene between a beaten Turing and his former friend and colleague, Joan Clarke (Keira Knightley). “I became very fond of him; I still am. It upsets me greatly when I see the film, but I think I got him. I think I understood him and the beautiful, beautiful human being that he was.”

And thanks to Cumberbatch’s performance, audiences will get the chance to discover the beautiful human that Turing was, too.

Briana Rodriguez
Briana is the Editor-in-Chief at Backstage. She oversees editorial operations and covers all things film and television. She's interested in stories about the creative process as experienced by women, people of color, and other marginalized communities. You can find her on Twitter @brirodriguez and on Instagram @thebrianarodriguez
END_OF_DOCUMENT_TOKEN_TO_BE_REPLACED