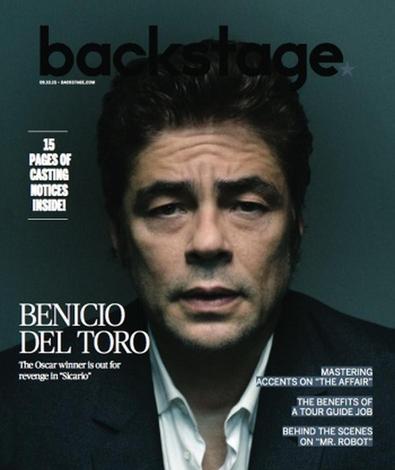 As an actor, Benicio Del Toro knows the drug world well. This is, after all, the man who won an Academy Award for playing the crusading cop in “Traffic,” and can currently be seen as Pablo Escobar in “Escobar: Paradise Lost.” Now he’s back, working both sides of the law in Denis Villeneuve’s knotty, gorgeous “Sicario.”

Imagining a role topping that of the enigmatic Alejandro in “Sicario” is difficult. Mostly silent, alternating between paternal and menacing, Del Toro looms over Emily Blunt’s well-intentioned-but-in-over-her-head FBI agent Kate, who is recruited for a special, drug-related mission by Matt, Josh Brolin’s shaggy, shambling government official whose exact job is left unsettlingly vague. Del Toro simply appears with Matt at the start of the job, calmly telling Kate, “You will doubt everything we do.” Over the course of the film, Kate is increasingly drawn to and repulsed by Alejandro. The audience is simply enraptured by Del Toro’s largely silent performance. 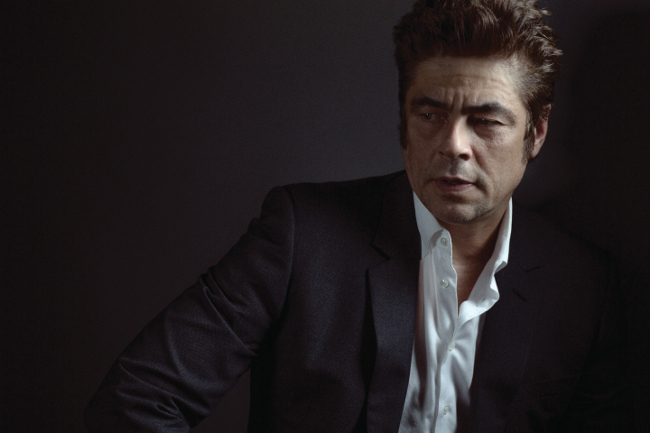 “In the original script, the character explained his background several times to Kate,” Del Toro says. “And that gave me information about who this guy was, but it felt a little stiff to have someone you just met 15 minutes ago suddenly telling you what happened to him and who he is.”

Working with Villeneuve (“Enemy,” “Prisoners”), Del Toro began jettisoning some of his dialogue to preserve the mystery of who—and what—Alejandro is; Villeneuve estimates they cut 90 percent of what Alejandro was originally intended to say by screenwriter Taylor Sheridan. “It could sound like, ‘Oh, he comes in and takes out lines.’ But these are decisions you make with the director. These are the things you talk about, and sometimes a lot can be said without lines. I think the minute you say it you lose the mystery.”

Now famous enough to bypass the audition process, Del Toro emphasizes the importance of discussing the project in toto before signing on. “Sometimes they want to meet you before you read the script,” he says. “Personally, I’ve got plenty of friends. So I want to read the script to see the whole story, how my character moves the story or is part of the story. Then we can talk about what I can bring to it or my life or other characters I’ve done. But I’d much rather sit down with the director and have something to really talk about because we’re going to be collaborating.”

For Villeneuve, who calls following Del Toro with his camera “one of the great, inspiring moments in my life,” that collaboration bordered on life-changing.

“I felt right away Alejandro was the soul of the screenplay,” Villeneuve says over the phone, “but when I met Benicio, I knew from the start that he would be my muse, the one that I follow, the one to inspire me. We met alone together, brainstorming, and for me it was a very beautiful, creative moment. He’s very generous.”

Like Del Toro, Villeneuve saw power in stripping Alejandro down to a brooding silence, declaring that dialogue belongs to plays and “movies are about movement, character, and presence, and Benicio had all that.” All of which underlines the importance to Del Toro of assuming the burden of a project knowing that he and his director have the same end goal in mind.

“There’s nothing worse than being in a movie where the director is doing something and you’re doing something else,” Del Toro says, his rueful tone implying that he’s been in that position once or twice. “I want us to be at least thinking about the same goal. You can get to that same goal different ways, from A to B to C, but you can also get to the same goal A to D to C.”

Del Toro admits that he doesn’t stop thinking about a role completely until he’s on his way home at the end of the last day. Given the limited amount of time spent filming, he wants to use every available minute to ensure that he gives as good a performance as possible. “If you don’t put your time into it, you should go do something else,” he says. “I think if I was doing a TV series and it was on the third season, I might just go, ‘You know, I’m just gonna go to the mall and hang out.’ Because at that point, you have that character. But when you do movies it’s just a small amount of time, and once you do it, that’s it.”

Which is not to say that staying focused means that Del Toro leaves the set with no regrets at day’s end. “Many times I’ve gone home and I’m hitting the dashboard of the car as they’re driving me back,” he admits. “But you make a choice and you go, ‘Because of what I did in that scene I’m committed to that choice—and what am I going to do with that?’ ” Del Toro’s solution? Hone his short-term memory.

“If I was in a room with a bunch of aspiring actors, my first thing would be, ‘Don’t do it.’ And then those who get up and leave go do something else. Those who stay—that’s the first trial that they have to overcome. Because there’s a lot of rejection. There’s going to be a lot of rejections that point to all your insecurities. You have to be really loose to take heat and not be demoralized. Because it’s a tough profession, the acting profession. I usually say if you study to be a doctor or nurse, you dedicate yourself in school and you’ll find a job. You can go to a great school of acting and you sing and you do the voice classes and you do everything and you do it really well—but that won’t mean that you get a job. Being afraid is one thing that can stop us. You’ve got to take chances, but then again you can’t be destructive. You have to have a short-term memory. Working on that short-term memory helps you go past all those barbed wire fences to get to a place where you’re doing what you want to do.”