Is a BFA Worth the Debt? 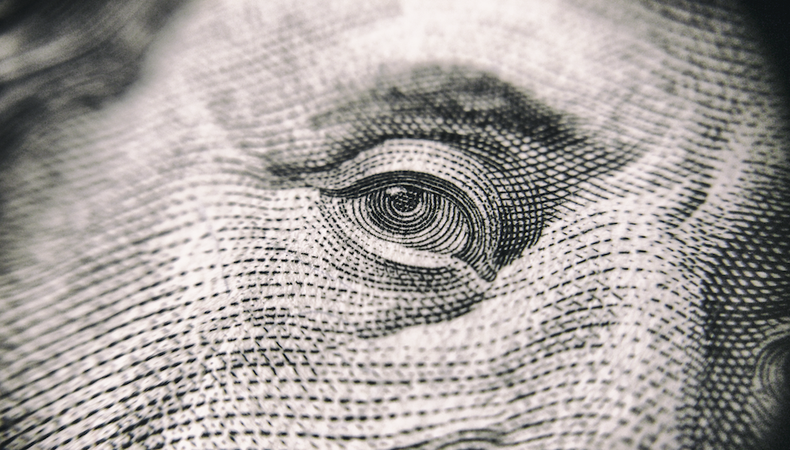 Many young actors embarking on college training excitingly upload proclamations on social media about which BFA or conservatory program they will be attending. Dan Pruksarnukul, former Casting Director at Arena Stage in Washington, D.C. and current instructor of Musical Theatre at the revered New Orleans Center of the Creative Arts (NOCCA) wonders what would happen if they posted the tuition of their program as well. What would happen to the hype, allure, or prestige when students and families understand the cost of getting an undergraduate degree in a field where, according to Actors’ Equity Association, 69% of professional union members earn less than $15,000 yearly?

Pruksarnukul is a friend of mine. I have always admired how animated he gets when speaking about the ethics of the American theater as it stands. With years of experience as the casting director of one of the nation’s most iconic regional theaters, and now in his role mentoring and advising high schoolers at NOCCA, Pruksarnukul’s mission has been enlivened. Where he once oversaw the employment of actors, now he seeks to prepare the next generation of actors for employment. His biggest piece of advice? Think financially.

Inherent in the pursuit of being an actor is the spirit of, “follow your dreams!” But while it’s neither sexy nor romantic to think in financial terms, you should. The decision to accept the financial heft of an undergraduate acting program could permanently affect your ability to work as an actor.

“Being on this end—as in the end of trying to help counsel high school students into the field—­I feel that the perspective is that you need to do this to be an actor,” Pruksarnukul says of expensive college training, “and it saddles an entire generation of artists with debt that they will never be able to pay back.”

READ: Six College Programs for Actors on a Budget

Why is this generation of artists at risk? According to the Consumer Price Index, from 1980-2014 college tuition increased by 240% compared to a 120% increase in other consumer fronts.

Why do young actors desire degrees from prestigious programs? Because there is an assumption that if you get accepted and attend, you’ll be a working actor. At this time, it is probably fair to note that I attended a BFA program before switching into a more liberal arts-focused track at the same college. I took out student loans that I am still paying off and will continue to do so for quite some time. Retrospectively, it’s wild to consider how many decisions have been made by my debt and not my desire.

Pruksarnukul describes his experience running the casting office at Arena Stage: “There was some kind of expectation that the BFA would lead to work immediately and in some ways, it would open a door in that, yes, you get a general audition…It would never actually lead to a job—at least not at a major professional theater with a big contract.”

Pruksarnukul describes scouting non-Equity actors in outside productions for casting purposes since “an audition for five minutes is nowhere near as powerful as watching someone in a two-hour show…It’s honestly about sustaining your ability to continue to perform and progress as a professional. Which I don’t think has anything to do with four years of conservatory or having a few letters behind your name.”

What happens when you take on the burden of debt to support an expensive undergraduate program? Inequity.

“If you were going to be working at a major theater, the expectation is that you’re available Tuesday through Sunday 10am-6pm to rehearse. [But] in order to pay off those student loans, I think having that availability is hard. Doing eight shows a week, Tuesday through Sunday nights really eliminates an option for a lot of young actors to have gainful employment that will sustain them while they’re not working.”

With a few notable exceptions of companies that offer year-round employment to actors, most American actors are freelancing. Which means that in addition to the grueling rehearsal and performance schedule, they also need to find time to work a second (or third or fourth) job that will help with living costs and student loans. All of this is a simple way of saying that actors who have no student debt have more freedom and flexibility to manage the typical lifestyle of an actor in the American theater.

Considering that the average yearly salary of union actors is less than $15,000, it seems we need to invest in a new way of thinking about training for actors that may not include sinking thousands of dollars into a BFA and is instead sustainable.

As a casting director, Pruksarnukul says he and his staff virtually never considered the degree or the institution an actor was associated with, especially in their undergraduate years.

That admission, coupled with the advantage actors who are financially flexible and unburdened by crushing, consistent debt have—time to audition, the ability to take risks—makes it clear that a less “conventional” path to training may be what’s needed.

Remember: When it comes to training, it’s not where you go but what you do there. It’s not where you went, but how much freedom you have to make your life as an artist happen. Expensive degrees do not a working actor make.

Alex Ates is a director, actor, and educator rooted in New Orleans, Louisiana. He is the education and engagement director of The NOLA Project and is a network chair with The American Alliance for Theatre and Education. He has directed five regional premieres with The NOLA Project and co-created and directed "The Shakespearean Jazz Show." Alex has been a featured actor with The New Orleans Shakespeare Festival since 2010 and is a member of Actors’ Equity Association. His writing has been published in Howlround. Alex has spent the past three years on the Theater faculty at Lusher School. In the fall, he will be attending the University of Alabama as the only person selected into their MFA Directing program, serving as a Graduate Teaching Assistant. In 2013, Alex received his undergraduate Acting and Directing degree from Emerson College. Learn more at iAmAlexAtes.com.