This Bialy/Thomas Associate Has 4 Tips for Actors 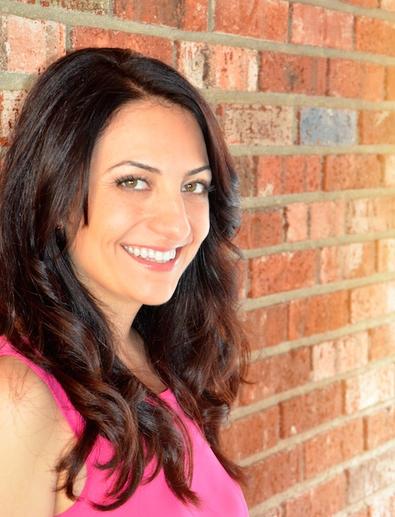 Usually casting directors end up in their line of work after trying to pursue other entertainment avenues like acting or directing, but for CD Gohar Gazazyan, a position in casting was the first “adult job” she sought out after she graduated college with the initial intention of pursuing law.

After serving as a casting associate on shows including “The Walking Dead,” “Halt and Catch Fire,” and others, she’s now a casting director for the new show on Fox, “Gotham,” starring Ben McKenzie, Jada Pinkett Smith, Donal Logue, and Camren Bicondova. She’s also a casting associate on the new Kevin Costner, Octavia Spencer-starring “Black and White.”

“I learned of casting in my senior year [of college] and it was a lightbulb moment,” she says. “I thought, It’s the perfect place because my favorite element of film was always the actors, the performances, but I didn’t have any aspirations to be an actor. And when I decided to go into casting I didn’t know anyone in entertainment so I had to figure it out in my own.”

After years in the business, currently at Bialy/Thomas & Associates in Los Angeles, Gazazyan has proven that she’s figured it out—with help along the way.

On the importance of having a mentor.
Casting directors Sharon Bialy and Sherry Thomas took Gazazyan under their wings after she began as an assistant before moving on to associate. “I had a bit of a different journey not only in terms of how I got into casting but also being with one group of people for an extended period of time; I’ve been with them for over six years,” she says.

Of her bosses, Gazazyan says, “One of the most important things you can find yourself in this business is a mentor and I have two! It’s a blessing finding someone who pushes you to grow and advises you.”

On knowing who you’re performing for in the audition room and why.
Gazazyan emphasizes that there are many factors that go into hiring an actor for role—many of which have nothing to do with the actor in the room at the moment. Focusing on leaving a lasting impression with the casting director overall—not just focusing on the smaller picture of the role at hand—will serve an actor much better than agonizing over every audition. “Even if you don’t book, but you keep getting called back, that’s you knowing that you’re doing something right,” she says. “We’ve read so many actors and they’re fantastic but we can’t book them at that moment, and one day it just clicks.”

On her technique in the audition room.
As a casting director that works out of Los Angeles on many projects that don’t shoot in-state, Gazazyan often has the luxury of offering a more intimate audition to actors. “It’s rare to have producers and directors in the room; oftentimes it’s just us and the actors,” she explains. “It’s great because it creates a more relaxed environment.”

Of the audition process she says, “We definitely like to give direction. We usually do more than one take and give them notes based on our conversations, and just give them an opportunity to do their best work.” She feels multiple takes give her and her colleagues a better picture of the actor while getting the jitters that come with the first minutes of an audition out of the way.

On how to change your mentality for the better.
“If you think about auditioning as a job interview and if you’re concerned about getting that job, that’s not the way you should think about it,” says Gazazyan. “[Actors] should reframe it as an opportunity to do what you love: to go and act—and meet casting directors.”

Gazazyan feels a shift in mindset not only reduces the stress and anxiety in the room, but focusing on the fact that they’re doing what they love results in better work out of the actor. “It’s not about booking that job but being a standout in the room to the casting director,” she says.

Her additional advice for getting in the casting room and staying noticed? If it’s available to you, become a reader. She says it’s a great way to demystify the casting process as well as give you a better sense of what you like and don’t like about someone’s performance—giving you a clearer idea of how you feel about your own.

Casting director of Fox’s “Gotham” Gohar Gazazyan talks about how actors should be looking at their auditions, her path to casting, and where to look for support.

Briana Rodriguez
Briana is the Editor-in-Chief at Backstage. She oversees editorial operations and covers all things film and television. She's interested in stories about the creative process as experienced by women, people of color, and other marginalized communities. You can find her on Twitter @brirodriguez and on Instagram @thebrianarodriguez
END_OF_DOCUMENT_TOKEN_TO_BE_REPLACED