What’s ‘Too Big’ for Comedy? 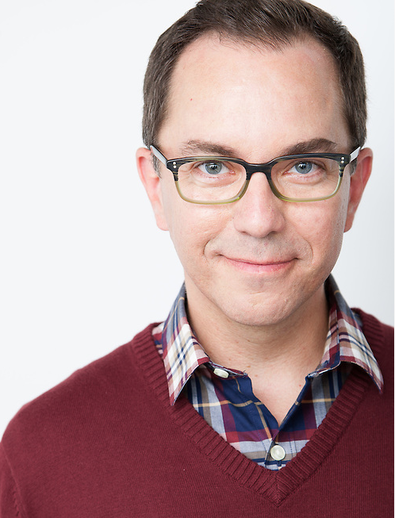 Many actors auditioning for comedy have a fear of going “too big.” The result very often is an audition that is lackluster and not dynamic enough to make an impression. By and large, casting offices in Los Angeles are not inundated with actors chewing up the scenery and doing way too much. If anything, it’s the opposite; actors aren’t making specific and bold enough choices to muscle out the competition.

Understandably, actors want a way to gauge whether they are doing too much, too little, or just enough. There is an answer, but it’s not one-size-fits-all. Several factors overlap to create the target you’re looking to hit: The tone of the show, whether it’s a single or multi-camera show, the character you’re portraying, and your personal, singular level of training and experience all factor into your audition.

Single-camera shows are shot more like film, while multi-camera comedies are shot live in front of a studio audience on a set that resembles a theater stage. Generally speaking, there is a distinction in the scaling of these shows. The shots are generally wider on multi-cams, and more intimate on single-cams. A wider shot combined with a live studio audience allows for a bit more projection on multi-cam shows.

A lot of folks would mistakenly say multi-cams are broader than single-cam programs. That’s a myth. Both types of comedies feature characters that are relatable and seem just like the girl or guy next-door as well as larger than life, intricately crafted characterizations that are brilliant and theatrical, not likely found in nature.

Will Arnett was amazing as Gob Bluth on “Arrested Development,” a single-camera comedy, as was Patricia Heaton as Debra Barone on “Everybody Loves Raymond,” a multi-cam. If pushed to say which performance was “broader,” I’d say Arnett’s. In reality though, I wouldn’t call either broad. It’s a meaningless term that keeps actors from maximizing a character’s full potential. Thank goodness Megan Mullally wasn’t afraid of “doing too much” when she and the writers of “Will & Grace” created Karen Walker.

I could site dozens of other examples, but the point is, every show of either format has its own personality, tone, and requires a mix of characters that are grounded and heightened.

It’s imperative that actors familiarize themselves with the current marketplace and the names of show creators and show runners. Frequently, writers like Ryan Murphy, Bill Lawrence, Tina Fey, Amy Poehler, Chuck Lorre, etc., produce multiple shows. So although each show will be unique, you can see a through line in their style and type of humor, what kind of actors they like to cast.

It’s also important to note what seems obvious, but is often overlooked. Not all actors have the same training and ability to sustain heightened characters. You can be extremely talented and experienced, but if you haven’t practiced portraying characters who have personalities entirely different from your own, you aren’t going to suddenly get sides one day for a character as outrageous as Schmidt on “New Girl” and book the part.

Actors are born with some degree of natural talent and inherent ability. The critical question becomes, how invested are you in training yourself to become a top contender for the most profitable and coveted jobs on the planet? The best actors in comedy are using their entire bodies as instruments and have delicate control over every movement they make on camera.

Across the board, these actors have solid voice and speech training and are perhaps incredible singers. They understand that how a performance sounds is every bit as important as the emotional and intentional choices they make. They know how to scale their volume, energy, and characterizations to match the quality of a production with little to no instruction or feedback.

Shockingly, what constitutes broad acting in common practice is not overacting. It’s too much physical movement on camera while the actor’s internal choices are too safe and expected. Moving your eyes around the frame, talking with your hands, moving your head while speaking, blinking too much, raising your eyebrows on camera, and failing to breathe properly without particularly strong choices are the components of broad acting. What’s too big for comedy? A collection of very small things that tell producers you don’t have enough training to realistically book the work for which you’re hoping.

Actors on hit sitcoms are among the highest paid actors in the world. If you want those jobs, I cannot stress how important it is to train yourself properly for them.