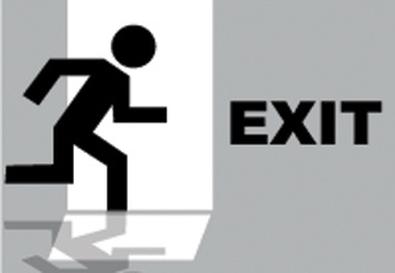 Charles de Gaulle said, "Treaties are like roses and young girls; they last while they last." The same can be said of entertainment contracts. Over the years, I have become an expert in the art and science that is the fabled Big Renegotiation. This is when an actor refuses to honor his or her contractual obligations under an existing agreement in order to obtain a more favorable deal.

Why Do We Need to Renegotiate?

Studios and producers are smart. They often are able to lock up actors for a long period of time under terms that are unfavorable to the talent. How do they do this? In the old days of the studio system, which lasted into the early 1960s, they would tie up talent to exclusive studio deals that could last the length of an actor's career. In modern times, the idea is the same, but the mechanism for trapping the talent has evolved.

In television, they use a type of contract referred to as the "test option." This little monster grants the producer the option to engage an actor for the life of a television show, often for up to six years at a preset episodic fee. It is called a test option because the actor will not be allowed to test or audition for the network before signing this agreement. This puts the actor, who probably doesn't have much leverage at this point, in a very difficult situation. He or she is likely up for the part against a number of other actors, and there is no way to tell if the project will be a hit.

In film, the studios will put an option to produce sequels into the agreement for the initial picture. An example of this would be an option in the contract for "Twilight" or "Harry Potter and the Sorcerer's Stone" that compels the actors to do sequels at a preset rate. Here the actor is also at a disadvantage, as he or she must sign the agreement before anyone knows whether the first film will be a blockbuster or a bomb.

Thus, we can have a scenario in which an actor is starring in a hit series or film franchise yet is being paid a salary that was set when the actor was a complete unknown. Fade to black. Cut to the hard-ass entertainment attorney calling the studio bosses and letting them know they have a problem.

Before you commence a renegotiation, you must recognize the jeopardy and be prepared for the consequences. Breaching a contract is an extremely risky decision. You will be exposing yourself to a potential lawsuit by the studio if it chooses to play hardball. You may be fired from the production. Remember in the 1990s when David Caruso was fired from "NYPD Blue" after his infamous attempt to renegotiate his agreement? Additionally, it is not uncommon for these contract disputes to become public. Thus, there are public-relations concerns to think about as well.

The Big Renegotiation is always a very serious affair. Never take out a knife unless you are prepared to use it, and never threaten to walk from a show unless you are prepared to leave. The more in demand you are as a performer, the more leverage you have to get better terms and the more opportunities you will have to work on other projects. Don't rest on your laurels when you get your big break in that film or TV show. Stay hungry. Keep searching for new opportunities, and work, work, work as much as you can!

Collective bargaining (when a number of performers band together to negotiate as a team) can be an extremely effective tactic in the Big Renegotiation. It is harder for the studio to fire five members of the cast than one member of the cast. A famous example is when the six stars of NBC's "Friends" banded together to successfully achieve a geometric increase in their salaries. A chain is only as strong as its weakest link. Thus, constant contact and coordination among the group is essential to ensure unity. As Benjamin Franklin said, "We must all hang together, or assuredly we shall all hang separately."

As a former actor, I understand the psychic impact of constantly having to audition, being compelled to prove yourself again and again and again. Don't let this grueling process make you undervalue your economic worth to the entertainment industry. It's crucially important to look at your career with fresh eyes as you climb the various rungs of the ladder of showbiz success. When you combine an honest assessment of your position in the industry, a hit project, and a top-notch team of reps, you may indeed be ready for your Big Renegotiation.