The Big Winner at the 2014 Tony Awards? Broadway! 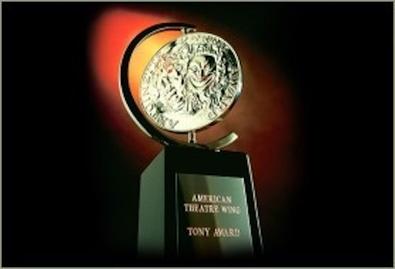 With 16 musicals and 23 plays opening on Broadway in the 2013-2014 season, the 68th Annual Tony Awards was one of the most prosperous and reassuring in recent theater history. Not to mention, as Tony presenter Judith Light announced, “We’ve just seen the highest-grossing, best-attended Memorial Day week” ever. It’s a good time to be in the business.

“A Gentleman’s Guide to Love and Murder” proved this year’s dark horse. A show 11 years in the making, the musical comedy was a bit slow out of the gate this past fall but ultimately galloped off with four Tony wins, including best costume design of a musical to Linda Cho, best book of a musical to Robert L. Freedman, best director of a musical to Darko Tresnjak, and the most coveted prize of the night: best musical.

“Hedwig and the Angry Inch,” the rock ‘n’ roll revival that’s blowing the roof off the Belasco Theatre seven shows a week, also took home four statues. Predicted frontrunner Neil Patrick Harris indeed won the prize for best leading actor in a musical for his fierce performance, and the show also earned awards for best lighting design to Kevin Adams, best revival of a musical, and best performance by a featured actress in a musical to Lena Hall. Harris said that he’s drawn to material “when there’s a musical element [because] when it’s done right you can speak about your emotions more freely,” and he certainly captured audiences in this gender-bending performance.

Certainly, Jason Robert Brown’s “The Bridges of Madison County” proved as much about musicals and emotion when his impassioned work took home honors for best score and best orchestrations. Jessie Mueller won for her moving performance as Carole King in “Beautiful: The Carole King Musical” and brought the house down as she and King herself belted out the hit tune “I Feel the Earth Move.”

And speaking of ground-breaking, Broadway newbie Bryan Cranston nabbed the trophy for his acclaimed portrayal of LBJ in Robert Schenkkan’s “All the Way”—which also won for best play. Mark Rylance took home his third Tony Award for best featured actor in a play for his work in “Twelfth Night,” three years after his win for “Jerusalem” and six years after his win for “Boeing-Boeing.” There was a lot of love (also times three) for this incarnation of “A Raisin in the Sun,” with prizes going to Sophie Okonedo for best featured actress in a play, Kenny Leon for best direction of a play, and to the show for best revival of a play.

The evening was a magical celebration of theater, featuring more music and performances than ever, including now Tony-winner James Monroe Iglehart as Genie in “Aladdin.” Host Hugh Jackman even sang the introductions for two of the nominating categories.

But the highlight of the night was one of happy tears and history when Audra McDonald won her sixth Tony Award for her portrayal of Billie Holiday in “Lady Day at Emerson’s Bar and Grill.” Setting the record for the most Tony Awards won by an actor (male or female), McDonald has now won honors in every performance category for a female actor. Through sobs of disbelief and (nearly) running mascara, McDonald thanked “all of the shoulders of the strong and brave courageous women who [she stands] on” in the pursuit of her dreams and on this momentous occasion.

As the night blazed on, Tony news lit up the Twittersphere—holding seven spots of the top 10 trending topics—and continued to fuel viewers’ flame of passion for theater. With numbers like these, the future of theater looks as bright as the neon lights on Broadway.