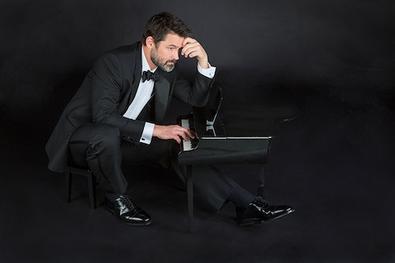 After nearly a decade, Billy Campbell is returning to not only the Old Globe Theatre in San Diego, but to theater altogether, though he hasn’t been taking a vacation. Most recently, Campbell's been seen on SyFy’s new hit show “Helix” as Dr. Alan Farragut, the show’s hero, sent to deal with a deadly viral outbreak in the middle of nowhere.

At the Old Globe, Campbell is taking on the role of Leontes in Shakespeare’s “The Winter’s Tale,” directed by Barry Edelstein. The show opened Feb. 8 and will run until March 16.

On his return to theater, Campbell says, “It’s really what I love to do, so it’s a bit like coming home.”

These two roles—drastically different from one another—showcase Campbell’s talents and versatility as an actor.

The actor chats with Backstage about Shakespeare, “Helix,” and his love for the stage.

On doing fulfilling work.
Actors sometimes take work that doesn’t thrill them, and doesn’t excite their creative palate, but with “The Winter’s Tale,” Campbell could not be happier, or more fulfilled. “I wanted to get back to the Old Globe since I last I worked there,” he says. “I was just so excited I could barely see straight.” Campbell’s done two shows at the Old Globe, starring in “The Comedy of Errors” in 1997, and “Much Ado About Nothing” in 2003.

Though he’s done other plays, Campbell says Shakespeare is what he really loves. “Shakespeare is,” he says, “it’s the difference between having a hearty soup and a thin broth, and everything else just seems like a thin broth in comparison.

“It’s just what I love the most,” he adds. “It’s just so rich; there’s so much to it and so much to sink your teeth into.”

On learning from your director.
Playing Leontes, a king who goes mad with jealousy, has proven to be a challenge for Campbell because he’s “the least jealous person on the planet,” but he’s had Edelstein to help see him through.

“Barry is an out-and-out Shakespearean; that’s his forté,” says Campbell. “His passion and great love in his life aside from his family is Shakespeare. So, to work with Barry has been kind of a Shakespeare bootcamp, and I’ve just loved every second of it. It’s been one of the most fulfilling things to happen to me career wise.”

On sticking with it.
If Campbell hadn’t stuck with his dreams of being an actor all these years, he wouldn’t have been on the hit show “Once and Again,” all of these wonderful plays, and “Helix” among many other credits.

“You have to stick with it,” he says. “If you’re dispirited and have to drop out, then you reduce your chances to zero. If you stick with it, sooner or later you’re going to get some kind of shot, somehow.”

Catch Campbell at the Old Globe in “The Winter’s Tale” until March 16, and on “Helix” currently airing on SyFy. (If you’re already a fan of the show, Campbell says with the rest of the season, the audience can “have some reasonable suspicion that the thing [the virus] might get out into the rest of the world.” Keep watching Fridays at 10 p.m. to find out!