10 Blogs Actors Should Know About 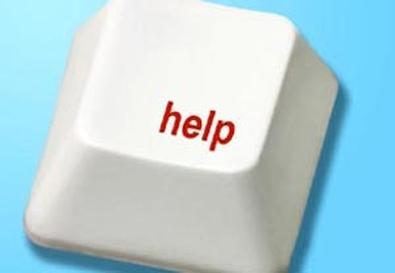 If you live in New York, or you're simply interested in the Broadway scene, this is your blog. You can scan the headlines (and a single descriptive sentence) über-fast to discover all manner of breaking theater news and reviews. If brevity is truly the soul of wit, it's witty as hell.

Actor Brent Rose took a break from auditioning to accept a full-time job, but he didn't want to take a break from acting. So he created a video blog to keep up his acting chops and came up with a novel idea: 50 unique characters in 50 weeks. While not every video is a gem, there's no question the guy can act, and he's created a great showcase for himself.

Nirvan (yes, that's his full name), director of "The 1 Second Film," offers cool insight into the work of an indie film and video director by detailing his artistic process, making this blog both inspirational and fascinating as a production journal.

Back Stage offers several useful blogs, such as Unscripted—musings from actors about their acting lives that will give you plenty to identify with. I also like Blog Stage's "buzz on the biz," at www.backstage.com/blogstage.

The Hollywood Reporter offers three excellent blogs that are up-to-date, well-reported, and a welcome alternative to the awful snarkiness of other Hollywood blogs. Between the three, you'll be well-versed on whatever's happening in Tinseltown. The others are at www.thrfeed.com and www.thresq.com.

Created by an L.A.-based performer, this blog is intended to help actors promote and market themselves, though it's often more advice-oriented than anything else, with worthwhile tips coming from well-known actors via quotes and video clips.

Here's an actor you've probably never heard of who lives in London and writes about his auditions, acting, and politics. It's candid writing that keeps me coming back again and again no matter what he's talking about.

If you're an actor who's also interested in the craft of screenwriting, or you just long to know what scripts are making the leap from page to screen, this is a fantastic insider's site, even for the $23.95 yearly membership fee. Though it's more interactive than bloggish, there's a great Q&A section called Hollywooped (www
.donedealpro.com/members/hollywhooped.aspx)—which you can access for free without being a member—offering some of the best script advice I've seen anywhere.

This blog, named for turn-of-the-century playwright Clyde Fitch, the Neil Simon of his day, is a cleverly penned melding of New York and national theater news and interviews, trends in arts funding and advocacy, politics, and New York arts community gossip. Newsy and fun, it's run by Back Stage theater critic Leonard Jacobs.

This seasoned actor and teacher offers his insights in a beautifully articled blog with useful acting tips.