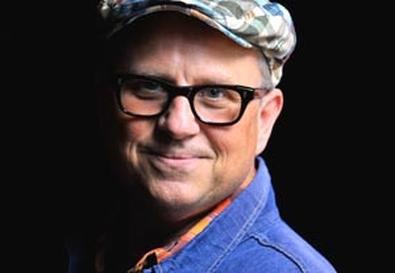 In addition to directing episodes of The Man Show and Jimmy Kimmel Live!, Goldthwait earned positive reviews at the Sundance Film Festival in 2006 for Stay, a film about a woman who throws her fiancé a curve when she confesses a past episode of bestiality.

Goldthwait's latest film is World's Greatest Dad, a dark comedy starring Robin Williams as a man who tries to cover up his teenage son's death by forging a suicide note, which becomes a literary hit. It's somewhat of a surprise then that the first commercials Goldthwait has directed, announcing Microsoft's Internet Explorer 8 Web browser, aren't dark at all, but instead rely on Airplane!-style zany humor.

Goldthwait discussed those ads, which were created by Indianapolis agency Bradley and Montgomery, and his thoughts on advertising work with Brandweek editor Todd Wasserman. Here are some excerpts of their conversation.

Brandweek: Have you done commercial work before?

Bobcat Goldthwait: No, this is my first time doing commercial work. This is my first stab at it. It's something I've been trying to crack for years, but I think people get nervous you know, like "Are we gonna trust this campaign with the guy who lit the Tonight Show on fire?"

BW: Speaking of which, did Microsoft give you a specific plan where they said "We want this," or did they kind of say "Do whatever you want"?

BG: Well, it came from the guys at [Bradley and Montgomery] and it's nice that people have been reacting positively and I'm glad that people think it's funny, but I have to attribute it to those guys writing funny stuff and encouraging...as a group those guys and I were pitching as a group so it wasn't like "Here's our script and shoot it exactly," so it was cool that they were there on the set.

BW: How did you get involved with Dean Cain? I wouldn't peg him for that sort of role?

BG: (Laughs) Once again, that was those guys' idea and I was very happy that Dean got the joke and was a good guy to work with and didn't take himself seriously. It would have been dreadful if he started saying "Dean Cain wouldn't say this."

BW: The tone was very much like the Airplane! movies, making me think he might be good for one of those roles.

BG: It's funny you say that. After working with him I was like "Oh man, I gotta keep him in mind if I keep making movies and stuff" because he is a funny guy.

BW: You mentioned that you've been trying to get into commercial work for some time. Is it difficult to get into that kind of work?

BG: Yeah because I think the kind of folks that excel at that are the kind of folks who are really good in the room and come to the client or agency and say "This is gonna be something you've never seen before and I'm gonna blow your ass away with these special effects," and I've always been the other way, which is "Let's work really hard and see what we come up with.

That doesn't mean I don't know what I'm doing, but I'm not threatened by a good idea. It comes from a background of working on shows like Chapelle's Show or The Man Show or even I used to direct the Kimmel show for three years, so it's kind of the stuff we would do.

BG: It's like you get an idea and you keep working on it.

BW: You mentioned movies. You have a new one coming out?

BG: It's called World's Greatest Dad and I directed it and it was at Sundance and this was the second movie I had at Sundance. I don't think people think of me as an auteur or a director and I don't mind that, I would think the same thing. It's like finding out that Screech is directing a movie.

BW: Is it very dark?

BG: Folks say it's dark, but I really do believe that comedy is in general too light. I think that like if you make an R-rated comedy now, you're trying to get 12 year-olds to watch it. That's really who you're making it for. If you make a big mass comedy, the story usually suffers. I don't think the movies I'm making are for intellectuals, but I don't really have any interest in going after teenagers. I think they're idiots and there's enough product out there for them.

BG: No, I haven't seen The Hangover, but I find it frustrating that if you're an adult and you like comedy you wind up watching shows like The Office and Curb Your Enthusiasm and stuff like that and I don't know that anyone is really going for the-even twentysomethings and thirtysomethings interest me, but if you can kick ass at Guitar Hero, I don't know how to talk to you. (Laughs) I'm gonna be shooting myself in the foot.