Boutique Agencies for You to Know

Boutiques agencies are smaller, specialized groups, servicing a specific group of actors for highly focused industry needs. Back Stage searched high and low for the 10 boutiques all actors should be aware of—and we ended up with 11 spectacular ones.

Gabrielle Krengel is partner and talent agent at Domain Talent, which opened its doors just four years ago. The agents represent clients theatrically. "We maintain a small client list (under 90 actors) of actors who are highly respected in the industry in TV, film, and theater," says Krengel. "Due to the size of the list, we offer very focused and specialized attention to clients' needs. Our breakout talent of the year is Jane Lynch ('Glee,' 'Julie & Julia,' 'Post Grad')."

"It's quality over quantity," insists Geneva Bray, owner and agent at GVA. The agency has been in business for 14 years, and it tries to keep its client list under 100.

Says Bray, "This year alone we had a client on 'Lost' become a series regular and another client book a series regular on 'Trauma.' So I would say you can do anything. All you need is a phone, passion, and a belief in what you're doing." Other notable successes include Eva Longoria's role on "Desperate Housewives" and Masi Oka's role on "Heroes."

Greene & Associates is a full-service agency that includes a youth division. The agency opened 15 years ago and maintains fewer than 75 clients. Owner-agent Michael Greene advises, "The most important action an actor can take is to continue to grow as an artist. Stay in class even if you book a series or feature. There are a few TV and film casting directors that do the best work. Once they know you, they remember. Make sure that when you get in front of them, you do great work. Our job is to develop new artists and help make the right choices for our more established artists. We represent a small group, guide them to do quality work, read everything to filter out all the not-so-great stuff, and find projects that matter."

Pearl Wexler, owner and president of the Paul Kohner Agency, wants to keep the details of her agency's operations under wraps, but reveals a bit about its philosophy: "It's not about how many people book pilots. It's about caring and longevity in an actor's career."

Momentum's motto of "Work twice as hard, be twice as good, and be twice as nice" has served it well since it spun off from the Beverly Hecht agency in 2006. Owner-agent Garry Purdy heads a team of five who represent a range of talent from Emmy and Golden Globe winners to a list of new talent for development. Current clients include leads on feature films such as MGM/Lakeshore's remake of "Fame," as well as series regulars on shows such as "Glee." A full-service agency, Momentum is a member of the Association of Talent Agents and was nominated in 2008 by the Talent Managers Association for best youth theatrical agent.

Ro Diamond, executive and partner at SDB Partners, who has been an agent for more than 20 years, highlights some of the successes SDB has enjoyed in 2009: "Alexa Vega and her sister Makenzie Vega both got series—'Ruby and the Rockits' and 'The Good Wife.' Jessalyn Gilsig booked a starring role in 'Glee.' Chris Pine's success in 'Star Trek' was followed by a brilliant play, 'Farragut North.' He will also star opposite Denzel Washington in the Tony Scott film 'Unstoppable.' I'm so blessed to work with the most wonderful partners: Susie Schwarz, Louis Bershad, and Steven Jang. We have so much respect for each other's opinions, so we are able to brainstorm every major decision that is presented to our clients. The play Chris is doing wouldn't have happened without Susie, 'Star Trek' wouldn't have happened without Steven, and Kaley Cuoco wouldn't be on 'Big Bang' without me. We love what we do, and it shows in our clients' successes."

Jim Wilhelm, owner of Douglas, Gorman, Rothacker & Wilhelm, says the agency's four full-time agents represent 130 theater, film, and television actors at all levels of experience, though the agency has an interest in developing talent. Among its clients: 2009 Tony Award winner Alice Ripley, Lea Salonga, Douglas Sills, Lynn Cohen, Kathleen Chalfant, Ron Raines, and Andrea McArdle. Most recently, DGR&W found work for Lauren Kennedy in "Vanities" and Montego Glover in the Broadway-bound "Memphis." Cold submissions usually do not prove fruitful even if the actor has compelling credits, training at prestigious institutions, and/or "drop-dead gorgeous looks," Wilhelm says. As for reels, actors should include only "actual work they were hired to do."

The Carson Organization's 150 clients have been cast in a range of projects—including "Spring Awakening," "Shrek," and the national tour of "Mary Poppins." Client Brynn Williams has a featured role in the Broadway-bound "Bye Bye Birdie." Georgi James has been cast in the late Horton Foote's "The Orphans' Home Cycle," an upcoming Off-Broadway production. Agency owner Barry Kolker, who views cold submissions, is attracted to actors with significant credits and those who've studied with well-known teachers. He's also drawn to actors who look "like the series regulars on 'Gossip Girl.' " He will not consider unsolicited reels; but should he express interest, the reels must feature real snippets of paid work, not monologues, he says: "It can be 30 seconds or even one line on 'Law & Order.' "

Barbara Andreadis' 50 clients have appeared in such films as "Inside Man," "Confessions of a Shopaholic," and "Public Enemies." Four had roles in the Broadway play "Irena's Vow." Andreadis regularly attends audition showcases at, for example, Actors Connection. Any client she takes on must be serious about his craft and speak in full sentences, she says. Andreadis is most likely to look at cold submissions if the agency is in the market for a particular talent, such as male dancers. Reels must be solicited. Her clients include Roberta Wallach and Karen Lynn Gorney.

Kolstein Talent Agency boasts 170 signed clients who have booked "West Side Story," "The Phantom of the Opera," and the tours of "Lion King" and "Wicked." On TV, agency actors have appeared on "In Treatment" and "The Closer," and clients' film credits include "The Curious Case of Benjamin Button," "Public Enemies," and the remake of "Bad Lieutenant." Owner Naomi Kolstein says she goes to the theater every night—though many of her clients come on board through recommendations—and also views cold submissions. Actors interested in legit stage work should ideally have performed in theaters with name recognition. An articulate cover letter that shows an understanding of the industry is a big plus, she says. Owner-agent Jeremy Zall says about the importance of professionally done headshots that highlight an actor's strong points, "If you're a character actor, I want to see personality in the headshot."

Peggy Hadley Enterprises casts its estimated 60 to 70 clients in all media except commercials, says owner Peggy Hadley. Her clients have booked such shows as "Shrek," "Lion King," "Grease," and "Fiddler on the Roof." A former actor, Hadley says she is highly sensitive to the feelings of her performers. Hadley often finds clients through cold submissions, though "the picture has to jump out at me." She's also drawn to "interesting skills, such as actors who play musical instruments or are good at gymnastics." She considers unsolicited reels, and these need not feature snippets from paid work. Hadley is open to seeing "monologues and scenes." Cover letters to her must be brief. "And don't try to be funny," she says. "That's the kiss of death." 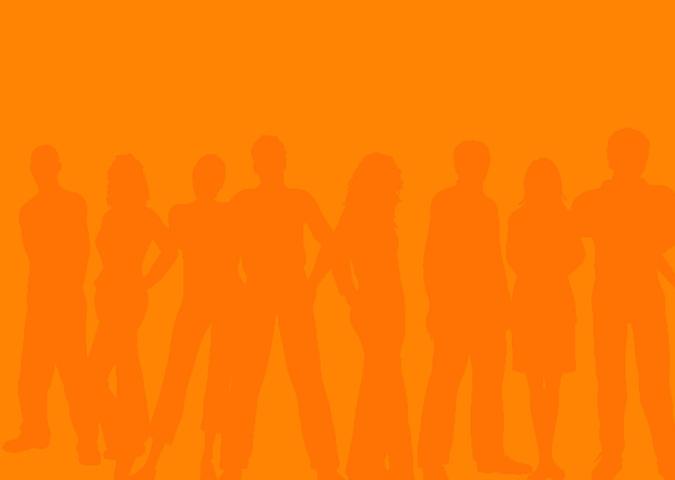 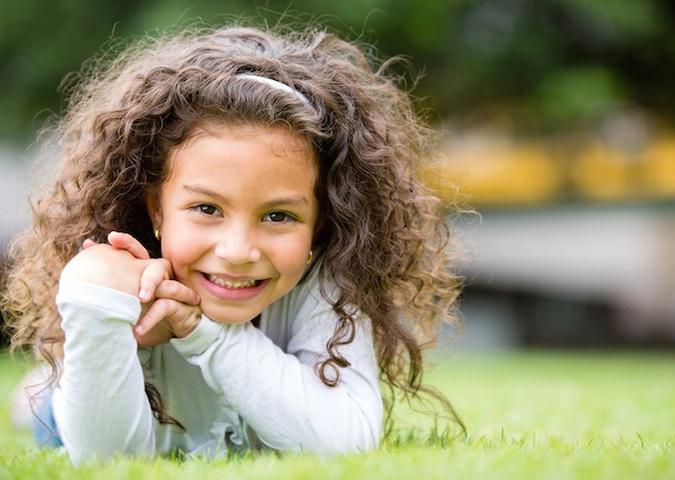 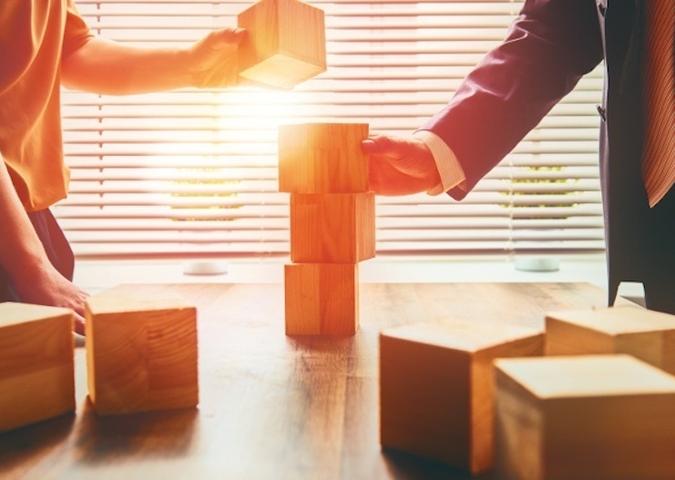 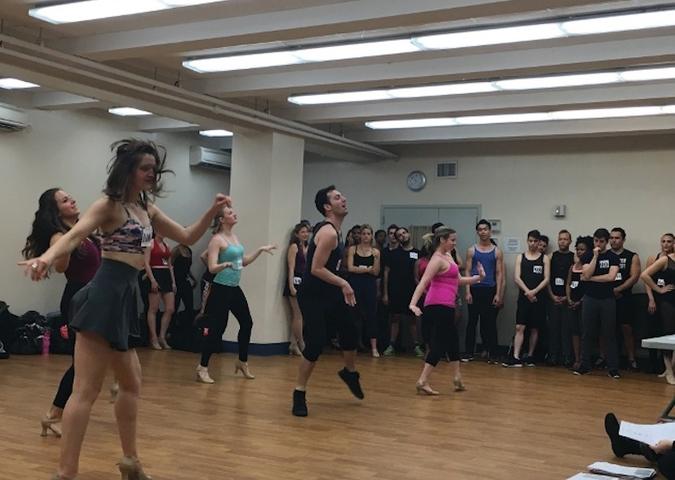 7 Tips for Landing an Agent, According to the Founder + VP of Across the Board Talent Agency