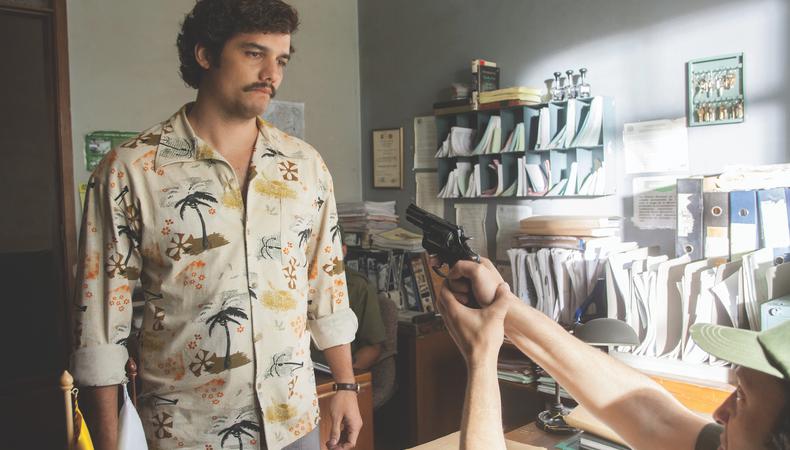 When it comes to these performances on freshman series, Backstage staffers feel very strongly—from Rami Malek’s wide-eyed turn on “Mr. Robot” to Constance Wu’s impeccable timing on “Fresh Off the Boat.”

Rami Malek, “Mr. Robot”
USA’s hacker drama came out of nowhere this summer, using its all-too-relevant subject matter and riveting cinematography to forge its own niche in the must-see TV landscape. But carrying the sleeper hit on his hoodie-clad shoulders was Malek, whose cynical voiceover drawl gives the series its frantic pulse, while his paranoid-as-hell physicality speaks volumes. Increasingly frazzled, Malek’s Elliot reacts to twists and turns as his audience does—even though, of course, many of those twists and turns are of his own design. It’s a complicated narrative, not least because creator Sam Esmail delights in subverting the reliability of his narrator. But Malek anchors the drama as a flawed young man thrust into extraordinary circumstances; even as New York City spirals into anarchy around him, the audience trusts that the actor, at least, knows what he’s doing. There have been plenty of misunderstood genius-addict-antiheroes on the small screen recently. Malek’s spin on that archetype promises a fresh direction for prestige TV. —Jack Smart

Ben Mendelsohn, “Bloodline”
There’s a darkness to Danny Rayburn that’s embraced by Mendelsohn on Netflix’s “Bloodline.” But it’s the shades of gray the Australian actor finds that elevate his role from the pure villain that his nervous, estranged family sees when he returns to their Florida Keys resort. Mendelsohn’s weathered face reveals the pain of being labeled a black sheep, and the unpleasantness he’s endured since. Constantly fondling a cigarette between dirty fingers, the sense that Danny is patiently waiting for something only deepens over the course of the season. To get what he thinks he’s owed, he sets his sights on his brothers and sister—none of whom are pure heroes. But as they struggle with a conflicted sense of morality, clear-eyed, vindictive Danny smilingly moves in for the kill, and Mendelsohn reveals himself as a star. —Briana Rodriguez

Wagner Moura, “Narcos”
Centered on notorious Medellín drug lord Pablo Escobar, Netflix’s biographical crime drama “Narcos” premiered to huge success this past August. Mostly in Spanish, the show smartly demands the audience’s attention with its use of subtitles. Answer a text and you miss a pivotal moment; check your Facebook app and six people were probably just murdered for disrespecting Pablo. But it’s not just the sweeping shots of Bogotá, Colombia, that captured audiences; the show could have (and would have) easily failed without Moura as Escobar. Though not completely undiscovered—he starred alongside Matt Damon in 2013’s “Elysium,” among other projects—the Brazilian actor’s talents were surely unknown to many until this point. Moura gained 40 pounds for the role and took classes to become fluent in Spanish—but that wasn’t even his most impressive feat. Much like the real-life Escobar, his onscreen decisions are dictated by confidence, and it shows. There’s an ease to watching Moura’s Pablo that one probably shouldn’t feel while watching a heartless, manipulative dictator, but it can’t be helped. His performance transports you from your living room to the dirt roads of Bogotá. And that’s a career you’ll want to follow. Blink…and you just might miss something. —Rebecca Strassberg

Michaela Watkins, “Casual”
Hulu’s “Casual” has become one of the fall’s breakout series—and Watkins its breakout star, front and center after years of fabulously funny supporting turns (“The New Adventures of Old Christine,” “Trophy Wife”). Recently divorced single mother Valerie certainly calls for notes of comedy, but it’s largely comedy by circumstance, leaving ample room for her to showcase her dramatic chops. As lustful as she is heartbroken, Valerie—along with her bachelor brother and teenage daughter—turns to dating apps for presumably hassle-free satisfaction, but she waffles on the nature of her desire. One particularly memorable tryst has her bedding a 20-something waiter only to gingerly fold his clothes before sneaking out at dawn. Watkins navigates the ebbs and flows of Valerie’s longing with dry intelligence and an endearing dexterity, proving that she knows her way around more than funny business. —Benjamin Lindsay

Constance Wu, “Fresh Off the Boat”
Sitcom mothers tend to be stereotypical—so to find one who gleefully embraces and plays within the confines of that stereotype is a thrill. Wendi McLendon-Covey does it every week on ABC’s “The Goldbergs,” and this year she was joined on the Alphabet Net by Wu as Jessica on “Fresh Off the Boat.” Taking the typical Tiger Mother to entertaining extremes, Wu is both hilarious and heartfelt as she worries about everything from her children losing touch with their ethnic identities to her yearslong disgust at herself for missing out on free car mats while negotiating for a minivan. Her best moments are often throwaways (her reaction to a calendar of a baby in a cabbage patch is like a 30-second lesson in comic timing), which just means every episode warrants rewatching. And let’s not forget that she has so impressed the writers that, a few episodes into the first season, they began writing to her strengths—especially her stellar singing voice. Jessica might terrify her family, but Wu does nothing but delight us. —Mark Peikert