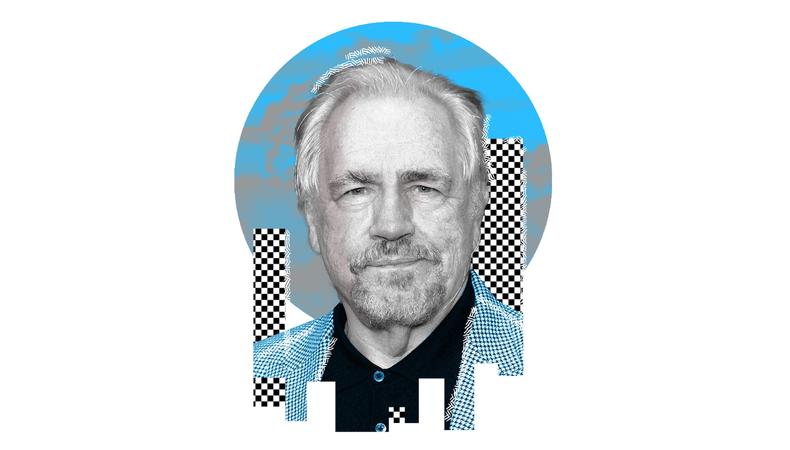 While Emmy winner Brian Cox is best known for playing varied film and television roles since 1965—a list of over 200 titles that includes the “X-Men” and Jason Bourne series, indies like “Adaptation” and “Running With Scissors,” and, most recently, HBO’s rich-people-behaving-badly hit “Succession”—the Scottish-born, U.K.-trained actor has returned to Broadway once a decade since making his New York debut in 1985. This year, he stars as President Lyndon B. Johnson in “The Great Society,” a new play from Tony- and Pulitzer Prize–winning playwright Robert Schenkkan (“All the Way”).

How did you first get your Equity card?
I’ve had a U.K. Equity card for, let me see, nearly 57 years. I got my American Equity card, I think, when I did “Strange Interlude” at the Nederlander Theatre in the ’80s.

What is your worst audition horror story?
One of the first auditions I did, I didn’t understand audition protocol whatsoever. This was an audition that I did when I had just left drama school, and I did it with an actor called Matthew Guinness; he was Alec Guinness’ son. Now, Matthew and I were at LAMDA together, and we got this audition for the Bristol Old Vic with a famous director called Val May, and it was my idea to do a scene together. I said, “You know, they’re so bored of seeing people coming in—why don’t we go and do a scene together?” So we did “A Man for All Seasons,” and he played Richard Rich and I played Thomas Cromwell. We went down to the set, it was at the Criterion Theatre in London, and it was the set of a play called “The Severed Head.” All the furniture was nailed down, so we couldn’t move anything. We did this audition, and suddenly the director said, “Thank you,” and I stopped, and I said to Matthew, “What’d he say?” And he said, “He said, ‘Thank you,’ ” and I said, “Oh, really? OK. Well, let’s go on.” So we went on, and he said a second “Thank you!” And I said, “Oh, that’s fine—thank you for what?” And he said, “That’s fine.” And I asked, “Oh, what’s fine?” He said, “We’ve seen enough.” I said, “Oh, already? Alright, well, I would now like to do Edmund from ‘King Lear’ and Matthew’s gonna do—[and the director] goes, “No, no, that’s it, we’ve seen enough.” I said, “Oh, really, but we haven’t finished!” Then he says, “Yes, you have finished. You’ve finished. Believe me, you’ve finished.” Now that was an experience, I was so young! I didn’t know about audition protocol.

How did you typically go about preparing for an audition?
I’ve never been a very good auditioner. If my career had been determined on auditions, I don’t think I’d have got past—I think it would’ve been over by 1970. I couldn’t do what young American actors get to do now. I think the audition process is absolute crap. You know, when I first came to America they were very—well, for instance, when I first auditioned for “Manhunter,” the film, [with casting director] Bonnie Timmermann, they were just so nice and so respectful and helpful and very keen. My wife is an actress; she goes regularly, and I find the whole audition process—they’re so bloody rude. So incredibly intolerant, and it really makes me angry. I think we’ve got to bring some type of etiquette back into it, because it’s so nerve-racking for a young actor to get out there and do his stuff, and he’s always doing it for the casting assistant; he’s not even doing it. And then this whole taping bollocks! I couldn’t audition; I think I’d be in another profession. I think it’s disgraceful, quite frankly, what actors have to go through nowadays. It’s such a dog-eat-dog world. Grace and politeness cost nothing.

What’s one screen performance that every actor should see and why?
Anything by Spencer Tracy. He’s just the greatest internal actor, really, ever. He was just an amazingly truthful actor, and it’s just astonishing work. The whole body of his work was quite astonishing. He was such a very unhappy man—he was a drinker, and he was not happy about the job a lot of the time. But his work is second to none. And then, I was very lucky—because I come from the U.K., I was very lucky to see Laurence Olivier onstage, and that was something astounding. I mean I still remember the audacity, the sheer audacity that could never happen now, but a white actor playing Othello was absolutely one of the most astonishing things I’ve ever seen, walking on with such audacity playing this negro, Othello. It was quite remarkable, really. There was a film of it, but the film doesn’t capture the sheer magnitude of his theatrical delivery. It was an incredible piece of work.

What’s the wildest thing you’ve ever done to get a role?
I don’t know if I ever attempted to do anything like that. I can’t think of any—well, I can think, but I’m not going to tell you about them! But it never worked, because I’m not that kind of actor. I’m much more kind of methodical. I’ve never done any of those sorts of wacky things that actors have done. I mean, I’ll tell you what I once did: I was already cast, and I actually lost a whole lot of weight for the part. I was in a movie called “Running With Scissors.” And I lost a lot of weight for that part, and I thought I was going to be replaced because I was quite big in those days, but I must’ve lost about 40 pounds. So I got Ryan Murphy to come down to my house and meet me to talk. And I was at one point supposed to dress up as Santa Claus. So, when he came around to meet me, I was dressed as Santa Claus, full padding and everything, so he couldn’t see the fact that I had lost a lot of weight.

What advice would you give your younger self?
Be true to who you are. Also, one of the problems for actors is anticipating: They expect; they panic about success; they panic about whether it’s working for them; they panic about all kinds of things you’re not in control of. My mother had a great saying, which is a Scottish saying. If you translate it, it’s “If it’s for you, it will not go by you.” And I believe that. I believe that so many actors have to embrace that a little bit more than they do. And sometimes you’ll meet an actor where they’re just trying too hard in their career, and it’s always going to be out of their grasp. What they want to do is to just sit in their truth a bit more and just be a little bit more and allow it to come to them. Of course, it’s a natural thing, because it’s such an insecure profession, so people tend to try to chase things. But when you chase something, the more you chase it, the further away it goes, and the best thing to do is not to do that. Just sit with it, sit in your truth, and fail! Don’t worry about failing.

Benjamin Lindsay
Benjamin Lindsay is managing editor at Backstage, where if you’re reading it in our magazine, he’s written or edited it first. He’s also producer and host of a number of our digital interview series, including our inaugural on-camera segment, Backstage Live.
END_OF_DOCUMENT_TOKEN_TO_BE_REPLACED