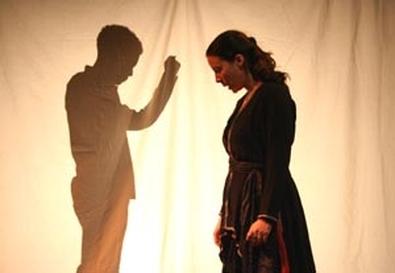 Mention Iran and the image that usually comes to mind is women cloaked in chadors or President Mahmoud Ahmadinejad on an anti-Semitic rant. The word certainly doesn't evoke theater for most Americans. That was reason enough for Brooklyn, N.Y.'s Brick Theater to produce an Iranian theater festival, say the theater's artistic directors and participants in the event.

It's one of the first festivals of its kind and an opportunity to introduce New Yorkers to an unfamiliar side of Iran, says writer-actor Safa Samiezade-Yazd, who will perform her one-woman show "Cover Girl" as part of the festival. "Iranians love culture and art," she says, "but all these things have been suppressed by the current government. The festival is a chance for people to see a softer, more eloquent, articulate side."

The Iranian Theater Festival, running March 3–26, features works by Iranians still in their native country, Iranian exiles, and Americans of Iranian descent. Some are old works; others are newly commissioned. Some are in English; a few are in Persian or Farsi. There will be solo pieces, plays with large ensembles, readings, excerpts, standup comedy, mixed media, and experimental productions.

"I think the goal was to cast as wide a net as possible," says Brick Theater co–artistic director Michael Gardner. "So the festival boasts shows about the 1979 revolution, the Iran-Iraq war, religion in Iran, contemporary Iran, mythological Iran, works from Iranian literature, and works that are not about Iran at all but represent Iranian artists. We've received permission to screen two works of Reza Abdoh's. This is very exciting for us, as Reza Abdoh was one of the leading avant-garde voices in the theater world over the last 30 years."

Though eclecticism is clearly a motif, some of the artists maintain that Iranian culture—as difficult to define as that may be—is the unifying element. It embodies such influences as Zoroastrianism, in addition to Islamic and European culture.

"It's a unique culture, Mideastern but not Arabic," says Wendy Coyle, an expert on Iran, a translator, and a writer, whose memoir "Iridescent Iran" was published last year. "Iranian theater is very sophisticated, with a lengthy tradition that goes back thousands of years. It's on par with world theater anywhere." Nonetheless, it's unfamiliar to most Westerners, despite the growing presence of Iranian films at cinemas around the world. The plays are rarely translated, Coyle says, suggesting that it's especially challenging to "translate" the play's cultural context. She says the stories are often told through complex metaphors designed to elude the censors. While a stage work may have meaning to Iranians who can decipher the codes, it's not always accessible to non-Iranian viewers.

Consider Mohammad Ebrahimian's "Three Eternal Days," which Coyle translated and Dominic D'Andrea is directing. It centers on Iran's war with Iraq but uses heightened language. According to Coyle, it has convoluted mythological and religious references, along with elements of Iranian Passion plays. Instead of producing a finished product, D'Andrea thought it would be more valuable to examine the play's historical and cultural context.

In a laboratory setting, Coyle, D'Andrea, the actors, and the playwright—who communicated with the team via Skype—spent time exploring "the meaning of the play, learning about Iran and Iranian theater tradition," says D'Andrea. "Our goal is to share with the audience what we've learned. It's a reading followed by a dialogue with the audience. If you take the stakes of production away, you can focus on meaning and cultural exchange."

Many pieces in the festival deal with the ongoing conflict between tradition and modernity as experienced by Iranian Americans. In "Cover Girl," Samiezade-Yazd talks about her evolving relationship with the veil worn by Muslim women—from comfort to embarrassment to acceptance. "It's ironic, but the veil was a kind of protection," she says. "When I took it off, I became aware of anti-Islamic racism. There were always snarky, passive-aggressive comments. But it was not in my face. 9/11 became an excuse to voice it."

In "Silken Veils" by Leila Ghaznavi, a young woman who is about to get married is emotionally paralyzed at the prospect of committing herself. Flashbacks to her traumatized childhood during the revolution and the Iran-Iraq war are depicted using puppets and shadow projections. In the end, she is reconciled to the past and can move forward.

"Bootleg Islam," a one-woman show by standup comic Negin Farsad, recounts her experiences in Iran attending a cousin's wedding. The two women have wildly disparate lives. Farsad feels wonderfully free, but "guilt is sewn into the dynamic," she says. "It's survivor's guilt."

The actor's life is also explored. In Sade Namei's "In Medias Res," she explains her career choice and her love for the craft of acting. She also believes that it's her role as a theater artist to broaden the public's view of Iranians. She sees herself as a rebel and a voice for the oppressed.

Assurbanipal "Bani" Babilla's absurdist "Something Something Über Alles" depicts the demented life of a lonely and isolated actor who has little going for him, short of his striking resemblance to Hitler. Two gay pastry chefs befriend him and induct him into a Hitler-worshipping cult six miles below a Manhattan subway tunnel.

Babilla, who is considered one of the major Iranian experimental theater artists now living in exile, says, "I don't want to be original; I want to be myself. Basically, there are three themes in all my work—sex, politics, and religion— and all are inseparable. I do not force any theme into my work. I allow them to appear by themselves. This is natural because of who I am as an Iranian, a Presbyterian, and a homosexual. When I say my work is avant-garde, I mean I allow myself total freedom. This means that a play might be language-oriented, or language-free and improvised. I value humor. I take humor very seriously. As the saying goes: If the world were not so tragic, it would be very funny."

Babilla has had an extraordinary journey. Prior to the Iranian revolution, he was part of a "vibrant and stylistically varied" Iranian theater scene, he says. "You could see a range of work—from extremely traditional to very avant-garde. I was part of the avant-garde scene." But everything changed in 1979 when the Ayatollah Khomeini and forces of Islamic fundamentalism took hold. Babilla found himself in serious trouble—not as a theater artist but as a visual artist. He had included several explicit nude self-portraits in an exhibition of his photographs, was put on trial, and had to flee the country.

"If I had stayed, most probably I'd be dead by now," he says. "As everyone knows, the authorities in Iran don't allow much that smacks of freedom of expression, which is anathema to strict religions. Any sign of joy or playfulness is forbidden." But the New York theater scene also disappoints him. "Obviously, money plays a huge role in American theater," he says. "I despise Broadway, and unfortunately, I have also witnessed the so-called avant-garde theater leaning towards Broadway, which makes me sad."

Other festival participants are concerned with issues they face as Iranian actors. Ghaznavi, for example, says she has been able to play nonstereotypical roles because she is very light-skinned. But, she notes, there are limited opportunities for darker-skinned Iranian actors, who are still largely cast as abusive men or submissive women.

Farsad recalls an audition for background work in a commercial where she was told she was too ethnic. "To be in a crowd scene?" she asks rhetorically. "When I go out for ethnic roles, I'm told 'not ethnic enough.' "

Namei notes that though she is often mistaken for a Latina at auditions, she has not encountered limited opportunities as an Iranian. "Iran is a hot subject, and to be Iranian is posh," she says. She is looking forward to the future and hopes the festival will be her springboard: "I would love to expand the piece and perform it at Under the Radar at the Public."

Everyone interviewed is optimistic. Coyle looks to the theater in Iran. "The women who were banned from stage during the revolution have now re-emerged on stage," she says, "though they have to cover their hair and wear the Islamic garb. But they're now doing it in very innovative ways. In one play, an actress came on stage in a wig. Technically she was covering her hair. They just keep pushing the envelope. We're delighted."

But the best news is the existence of the festival itself. In a sentiment shared by everyone interviewed, perhaps Babilla sums it up best: "I most admire and love people who create bridges between religions, colors, and cultures. I hope this festival will be a bridge between cultures."