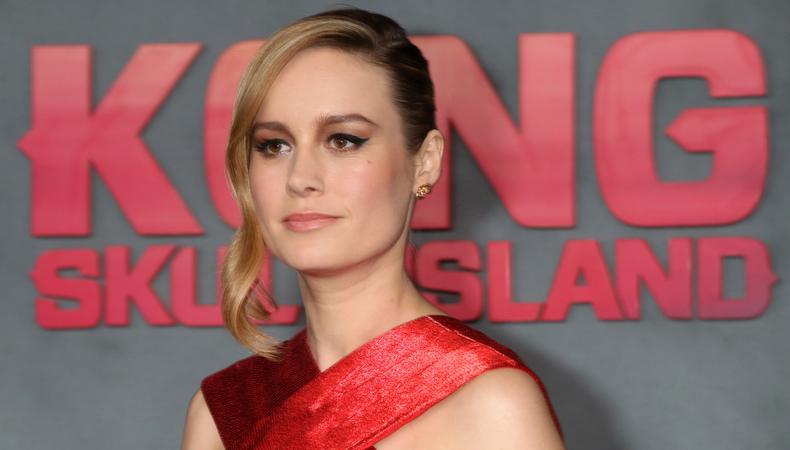 Heroes never die: Steve Trevor is back from the dead.
“Wonder Woman” director Patty Jenkins has confirmed that Chris Pine’s character, Steve Trevor, is indeed returning for the sequel. “Wonder Woman 1984” began principal photography this week and Jenkins tweeted out a photo of the thought-to-be-deceased character dressed era-appropriately and looking very confused. The Gal Gadot-led action flick is slated for release in November 2019. (Twitter)

Stephen King’s latest book has already been confirmed for adaptation.
What took you so long? Published on May 22, King’s newest novel, “The Outsider,” has been optioned by Media Rights Capital (producer of the 2017 King project “The Dark Tower”) and will be crafted into a 10-episode limited series. (Deadline)

Brie Larson calls for inclusivity in film criticism.
In her speech at a Women in Film awards ceremony earlier this week, actor Brie Larson stated that 80 percent of film critics who reviewed 2017’s biggest flicks were men: “I don’t need a 40-year-old white dude to tell me what didn’t work about ‘A Wrinkle in Time.’ It wasn’t made for him! I want to know what it meant to women of color, biracial women, to teen women of color.” (Vulture)

Fired director Bryan Singer to receive sole directing credit on “Bohemian Rhapsody.”
Replaced by Dexter Fletcher for the final 16 days of shooting after erratic behavior led to his departure, Singer will be credited as the only director on the Queen/Freddie Mercury movie. Singer’s AWOL status on-set for three days forced his cinematographer, Thomas Newton Sigel, to take on temporary directing responsibility. (Deadline)

“Cloak and Dagger” crushes ratings.
Marvel has struck gold—again. Its new Freeform show, “Marvel’s Cloak and Dagger,” is already the “best-ever digital debut in the network’s history” according to Marvel reps, with 7.3 million views across digital and linear platforms. The new series stars Olivia Holt and Aubrey Johnson as two teenagers who acquire new powers that work better when they work together. (Marvel)

The pay gap continues to be an issue, even at the highest levels of industry success.
Musical sisters Haim have revealed that they fired their agent after being paid 10 times less than a male act at a music festival last year. “It’s fucked up not even to be paid half the same amount,” said Alana Haim. “But to be paid a tenth of that amount of money? It was insane.” (Grazia)

Jamie Foxx has been accused of a 2002 sexual assault.
A woman has come forward accusing Foxx of sexually assaulting her at his Las Vegas home 16 years ago. The LVPD has revealed few details on the case due to its nature; Foxx has denied the claims. The woman reportedly decided to come forward as a result of the #MeToo movement. (TMZ)