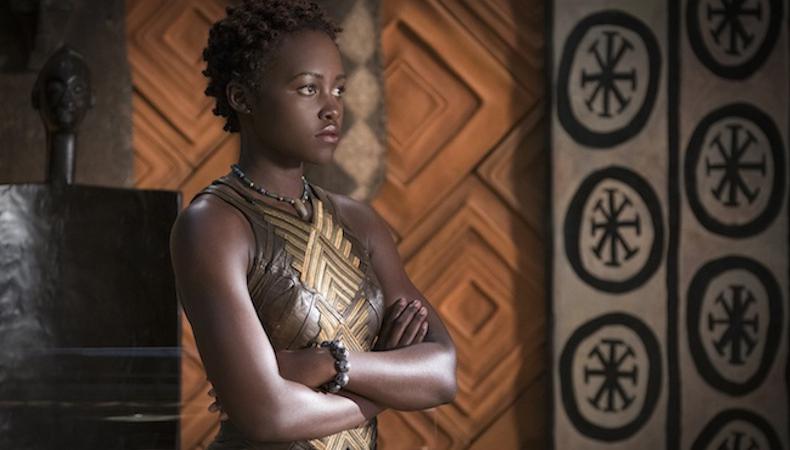 Production designer Hannah Beachler reveals the exhaustive research that went into creating the “architecture” for Marvel’s behemoth “Black Panther” and how she worked to make the world more grounded for the sake of the actors’ performances.

Production designers are movie architects.
“It’s sort of like being an architect, so all the sets and the set dressing and all the stuff that you see that’s not camera and lighting, I do it. Everything that you’re seeing on the screen has to work together. A lot of it is coming up with backstories for sets and history that helps with the design. I’m usually the first one hired on after the director, and we start working together for development research. It’s a weird craft because it’s so there but then again, if you do the job well, it’s not there at all.”

Everything, ultimately, is in service to the actor’s performance.
“[Production design] affects actors immensely. I work hard to bring an intimacy to even the large sets so the actors can see and feel their environment. It is so important to work with actors and talk to them about what they see and how they’re going to approach the character, because what we do—all the different crafts—really informs the performance, at the end of the day, and the more actors can feel inside of that is really important.”

She wanted to ground the ‘Black Panther’ world for the actors.
“[Director] Ryan Coogler and I had a lot of trepidation with something like Marvel, that it was going to be this blue world, it was going to be all effects and we weren’t going to have that same tangible spontaneity you can have when you’re on a set and you feel like, ‘This environment is a character.’ We really worked hard to build as much as we could, to put the actors in their environment, wherever it was. And then for them to really feel [like they were in] Wakanda, it was important for them to see the texture, feel the texture—because that brought so much to [their performances].”

The research was intensive.
“I put together a bible that would help create a foundation, and it was 500 pages. I talked to experts, geologists, physicists, historians. A lot of that drive was to make sure I was getting things right in making a modern and technologically advanced society and that’s where we really got to play and draw on elements that come from the African diaspora. It was a monster, but we had the time; my prep was about eight months.”

If you’re just starting out, try everything!
“I started on the crew. I started as a set dresser and I worked my way through almost all of the positions in the art department and learned everything. I think that’s the best piece of advice I have: learn everything, because it will inform you when you get to production design. You are much more efficient, and that’s as important as being creative.”

Casey Mink
Casey Mink is the senior staff writer at Backstage. When she's not writing about television, film, or theater, she is definitely somewhere watching it.
END_OF_DOCUMENT_TOKEN_TO_BE_REPLACED