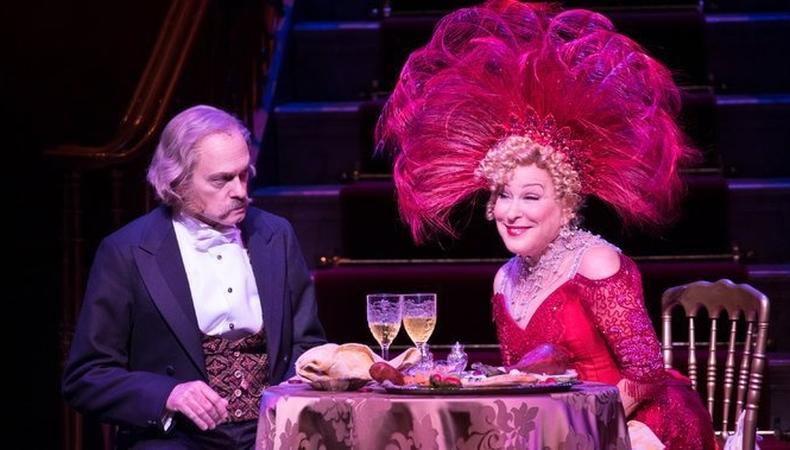 2017 was a banner year for Broadway ticket sales.
Thanks to smash-successes like “Hamilton,” “Hello, Dolly!,” and “Dear Evan Hansen,” the Broadway box office topped $1.6 billion in sales for the year, the highest number ever for the Great White Way. (Variety)

Prominent women in entertainment band together to form anti-harassment initiative.
Reese Witherspoon, America Ferrera, Shonda Rhimes, and other high-profile women in Hollywood have come together to form a concrete plan to combat sexual harassment, gender bias, and an overall gender imbalance both within the entertainment industry, and outside of it. Called Time’s Up, the organization already includes a whopping 300 female actors, agents, writers, directors, producers, and other entertainment figures, all of whom have pledged to support women outside of the business in the fight against harassment. (Backstage)

Bad news, ‘GoT’ fans.
The HBO super-hit won’t return until 2019 for its eighth and final season. But in other George R.R. Martin news, his sci-fi novella, “Nightflyers,” is getting adapted by SyFy. (EW)

‘Mudbound,’ ‘Get Out,’ and ‘Lady Bird’ among 2018 WGA Award nominees.
Hollywood’s major guilds are ready to announce their picks for the year’s top filmmakers in their respective fields. Announced Jan. 4 were the Writers Guild Award film nominees, honoring the screenwriters of both features and documentaries in the 2017 calendar year. (Backstage)

The Grammys are really embracing their New York location.
Returning to NYC for 2018, the Grammy Awards just announced stage stars Patti LuPone and Ben Platt will perform at the Jan. 28 ceremony. (Vulture)

Jodie Foster has some choice words for big-budget films.
“Going to the movies has become like a theme park,” that actor said in an interview with Radio Times. “Studios making bad content in order to appeal to the masses and shareholders is like fracking—you get the best return right now but you wreck the earth.”

Allie White
Allie is Backstage’s director of editorial operations, whose professional background includes women’s interest, news, health, beauty, and, of course, entertainment. Despite a crippling fear of singing in public, she still believes she’ll be a Broadway star one day.
END_OF_DOCUMENT_TOKEN_TO_BE_REPLACED