This Broadway Dancer Lost His Dream Job to Alcoholism + Addiction 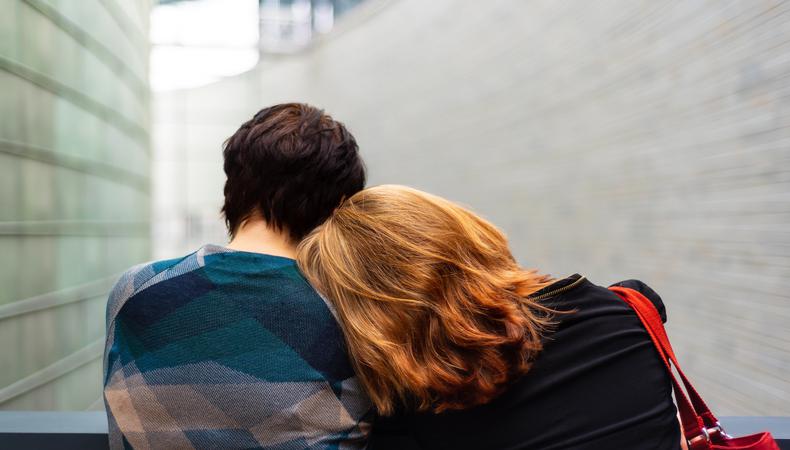 This article originally appeared on DanceMagazine.com

Like most dancers, once Brandon Leffler discovered dance, he went all in, leaving little time for anything besides school and the studio. “I was what anyone would call a Goody Two-shoes,” he says. “I never had a drop to drink; I never smoked.”

But when he landed his first national tour, with CATS, that started to change. “You don’t go to work until nighttime,” he explains. “Then you get out of the show and have all this adrenaline and don’t know what to do with it. So you slip into this lifestyle where you go out and party and then sleep in the next day.”

Leffler booked a series of high-profile jobs on Broadway in On the Town, Cinderella, and Wicked. “As soon as I did one Broadway show, I would be feverishly working to get my next,” he says. The only thing that made him feel like a successful, productive person was booking that next Broadway gig. “It became really unhealthy.”

Leffler would unwind from the pressure by partying with his castmates at night, living a double life he felt he could keep separate from his career.

Two years into performing in Wicked, he got cast in the out of town run for Moulin Rouge! It was his ultimate dream job: He’d long idolized choreographer Sonya Tayeh and was thrilled to finally work with her.

“I was equal parts at the highest point of my career, and the lowest,” he says. Even as he was working a gig he absolutely loved, his alcoholism and addiction was raging—and it ended up costing him the job.

And because so much of his self-worth was wrapped up in his career, getting fired devastated him. “The one thing I did well was gone. I just downward-spiraled even more.”

Looking back, however, Leffler says that’s exactly what needed to happen for him to realize he needed help. He went to rehab in Florida, then moved back home to Ohio, figuring that his performing career was over. He slowly began to rebuild, surrounded by family members who didn’t care how many Broadway shows he’d done, and he started teaching dance.

Last fall, Leffler joined the national tour of My Fair Lady—but with a whole new approach to life as a performer.

He’s restructured his days, getting up early to go to the gym and start being productive right away so that after the curtain comes down, he’s tired enough to go to sleep and recover for the next day.

He’s also surrounded himself with a strong network of sober people, and severed ties with some friends from the past.

What’s more, his time in Ohio made him realize how much he loves teaching, and he has started prioritizing opportunities to do it more often. “The life lessons I’ve learned while doing this job... If I can help even one person make better decisions, it’s so worth it,” he says.

His advice for those struggling with alcoholism and addiction? Reach out and ask for help. At his lowest point, Leffler approached people in the industry who he knew were sober, and found comfort in knowing they understood what he was going through. “That’s why I’m very open about sobriety,” he says. “It opens up a channel for people to reach out to you.”

He also wants performers to realize there are resources available, like The Actors Fund, which not only helped him with his rehab process but also assisted him financially.

“Ultimately, you can’t go back in time and change what happened,” he says. “But you can truly change and live your life the best way you can now, and make new memories and experiences you’re proud of.”

One of those memories he holds onto dearly: When Leffler first got out of rehab, he wrote Tayeh a letter, apologizing for the way he handled everything. She wrote him back right away, and to this day, he remembers her response by heart: “I am rooting for you with my whole heart.”