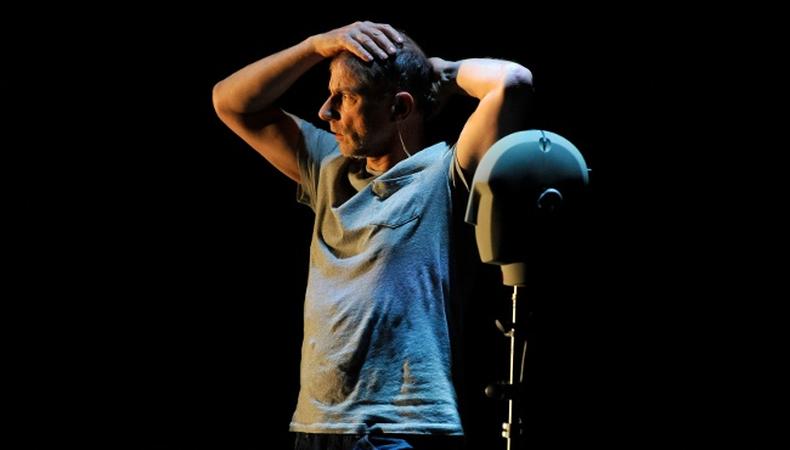 The Broadway plays and musicals on offer in the Fall 2016 season are worth their exorbitant ticket prices! Here’s your complete list of all 13 shows opening between now and the end of the year.

“The Encounter” (Opens Sept. 29)
A solo show (pictured above) about the real-life story of a photographer lost among a remote group of South American people sounds like unusual fare for the Great White Way. But the buzz surrounding Simon McBurney’s Edinburgh International Festival favorite is simply sensational.

“Holiday Inn, The New Irving Berlin Musical” (Opens Oct. 6)
Like “An American in Paris” before it, this adaptation of the beloved 1942 film puts Berlin’s classic tunes center stage. Starring Bryce Pinkham and Corbin Bleu, with direction from Gordon Greenberg, it’s sure to put a spring in your step.

“Heisenberg” (Opens Oct. 13)
It’s always a treat to see the great Mary-Louise Parker back on the boards. In Simon Stephens’ Off-Broadway hit, she plays a woman who kisses a man she’s never met (Denis Arndt), setting off a series of life-altering events.

“The Front Page” (Opens Oct. 20)
Jack O’Brien leads a massive cast, including Nathan Lane, John Goodman, and Holland Taylor, in a rare revival of Ben Hecht and Charles MacArthur’s intricate farce. Come for the stars, stay for the comedy.

“Kristin Chenoweth: My Love Letter to Broadway” (Nov. 2–13)
The diva herself. On the big stage where she was born to be. Singing her heart out. We’ll be first in line.

READ: “Kristin Chenoweth Rides ‘On the Twentieth Century’ Back to Broadway”

“Natasha, Pierre & the Great Comet of 1812” (Opens Nov. 14)
Perhaps the season’s most anticipated musical, “The Great Comet” had audiences raving during its Off-Broadway run starring Phillipa Soo. Now led by Josh Groban and Denée Benton in their Broadway debuts, this “War and Peace”–inspired, cabaret-like show from Dave Malloy is ready to steal everyone’s hearts.

“A Bronx Tale” (Opens Dec. 1)
Co-directed by Robert De Niro and Jerry Zaks, this musical version of Chazz Palminteri’s solo show uses the talents of Alan Menken and Glenn Slater to its advantage to tell the story of Calogero Anello, a working-class boy caught up in organized crime.

“In Transit” (Opens Dec. 11)
How has there never been a completely a capella musical on Broadway? Kristen Anderson-Lopez, James-Allen Ford, Russ Kaplan, Sara Wordsworth, and director Kathleen Marshall are set to change that, plus a cast including Telly Leung and Erin Mackey.

“Dear Evan Hansen” (Opens Dec. 4)
Benj Pasek, Justin Paul, and Steven Levenson’s new musical, fresh from an Off-Broadway run that earned nothing but raves, has Michael Greif at the helm and a star-making turn by Ben Platt as the titular high school boy. It’s a guaranteed hit.

Jack Smart
Jack Smart is the awards editor at Backstage, where he covers all things Emmy, SAG, Oscar, and Tony Awards. He also produces and hosts Backstage’s awards podcast “In the Envelope” and has interviewed some of the biggest stars of stage and screen.
END_OF_DOCUMENT_TOKEN_TO_BE_REPLACED