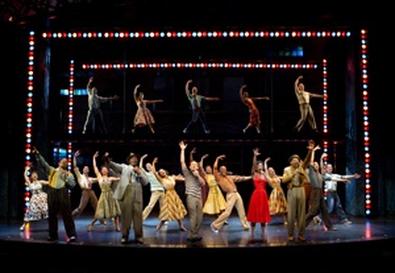 The quartet will be available to audiences worldwide as they hit cinema screens on every continent, the duo said.

The aim is for "Memphis" to hit movie screens across the U.K. and Ireland on Nov. 24 with South Africa, Hong Kong and several major European territories to open before the end of the year.

Latin America, Australia and New Zealand will then follow in March 2012.

"Smokey Joe," "Jekyll" and "Putting It Together" will launch across Europe in January, February and March of next year respectively with the rest of the world following from April 2012.

"Memphis" is an original story about the cultural revolution that erupted when the vision of a young white DJ met the voice of an electrifying black singer and the music changed forever.

"Hyde" sees Hasselhoff make his Broadway debut in the dual title role of an re-working of the classic tale of good and evil.

From producer Cameron Mackintosh, "Together" is Sondheim's humorous, poignant and sophisticated musical "review" of material taken from a number of his original musicals.