12 Broadway Shows We Can’t Wait to See This Spring 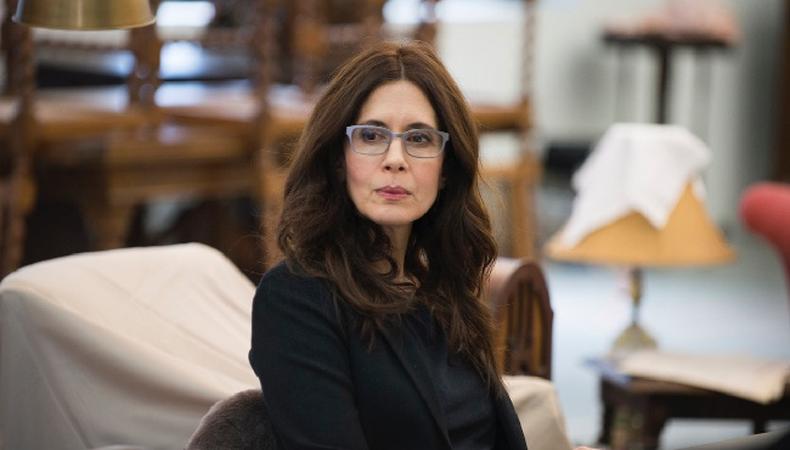 With screen-to-stage adaptations, boundary-pushing dramas, and revivals galore, the 2017 spring Broadway season promises to be star-studded, nostalgic, and exhilarating. Here are some of the shows we can’t wait to get in line to see.

“Sunday in the Park With George” (opens Feb. 23)
Jake Gyllenhaal and Annaleigh Ashford return to light up Broadway with this revival of the Pulitzer Prize–winning Stephen Sondheim musical about painter Georges Seurat. Sarna Lapine, whose uncle James Lapine wrote the book, helms a mere 10-week run—catch it while you can.

“Significant Other” (opens March 2)
Fresh from an acclaimed Off-Broadway run at Roundabout Theatre Company, Joshua Harmon’s sharp look at a gay bachelor’s search for love is bringing its humor, heart, and honesty to Broadway with most of its original cast (including Gideon Glick, Barbara Barrie, and Lindsay Mendez) and director (Trip Cullman) returning.

“The Glass Menagerie” (opens March 9)
Tennessee Williams’ landmark “memory play” put the writer firmly on the map and changed theater history, and the latest revival promises to give due homage. Sally Field and Joe Mantello lend their formidable talents to the family drama of a conflicted son, his overbearing mother, and fragile sister.

“The Price” (opens March 16)
Arthur Miller fans who missed “The Crucible” last season can get their fix of the playwright’s celebrated body of work with this limited engagement revival from Roundabout. Mark Ruffalo and Tony Shalhoub play brothers who must put aside their differences to sell their parents’ estate. Jessica Hecht co-stars and Terry Kinney directs.

“Miss Saigon” (opens March 23)
Claude-Michel Schönberg and Alain Boublil’s 1989 musical based on Puccini’s “Madame Butterfly” transfers to Broadway, hot off a record-breaking West End run. The ill-fated romance between a young Vietnamese woman and an American soldier threatens to leave nary a dry eye in the house, with Eva Noblezada stepping into the title role originated by Lea Salonga.

“Amélie” (opens April 3)
Fans of “Waitress” have another sweet treat to look forward to: The classic French romantic comedy film about a lonely Parisian waitress who plays guardian angel in the lives of strangers is now getting the Broadway treatment. Taking on the titular role is Phillipa Soo of “Hamilton,” who could be looking at two consecutive Tony Award nominations for leading actress in a musical.

“Groundhog Day” (opens April 17)
The cult 1993 film about a jaded Pittsburgh weatherman forced to relive the same day over and over again stars Andy Karl in Bill Murray’s role. With music and lyrics by Tim Minchin (“Matilda”) and book by Danny Rubin, this musical adaptation looks like it’ll be worthy of its own repeat viewings.

“Indecent” (opens April 18)
“Indecent” marks the Broadway debut of Pulitzer Prize–winning playwright Paula Vogel (“How I Learned to Drive”). The play retells the controversial 1923 Broadway production of “God of Vengeance,” and under the direction of Rebecca Taichman (“Stage Kiss”), Vogel’s entrance will be a memorable one.

“Charlie and the Chocolate Factory” (opens April 23)
Roald Dahl’s classic children’s novel about a poor boy who discovers the inner workings of a fantastical chocolate factory has induced sugar-rush fantasies in generations of children, and the upcoming production rises to the challenge. Christian Borle, fresh off both “Something Rotten!” and “Falsettos,” steps into the iconic role of Willy Wonka, the factory’s eccentric billionaire owner.

“Anastasia” (opens April 24)
The beloved 1997 tale of an amnesiac Russian grand duchess escaping persecution was made for Broadway, following in the footsteps of classic ’90s animated film musicals given live-action adaptations. Christy Altomare, Derek Klena, and Ramin Karimloo lend their voices to the film’s well-known songs, plus a few new originals courtesy of Stephen Flaherty and Lynn Ahrens.

Want to be on Broadway? Check out our Broadway audition listings!